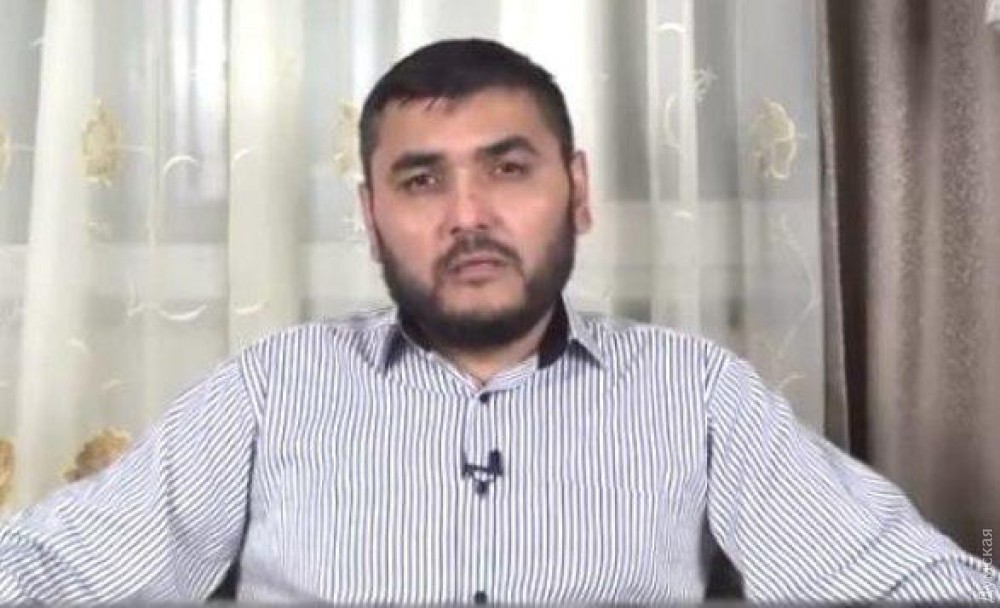 Makhmudzhon Kholdarov has been detained in Ukraine and could be extradited to the former Soviet republic of Kyrgyzstan where he would face a long prison sentence for his religious beliefs. Ukraine’s collaboration with the Kyrgyzstan authorities in this case would be especially incomprehensible as Kholdarov is accused of the same involvement in the peaceful pan-Islamist Hizb ut-Tahrir movement as around 55 Ukrainian political prisoners arrested by the FSB in Russian-occupied Crimea.

41-year-old Kholdarov was detained after arriving from Turkey at Odesa Airport on 13 August because of an Interpol Red Notice.  This was issued because the Kyrgyzstan authorities claim Kholdarov has been hiding from imprisonment since 2016, and only obliges Ukraine to provisionally detain him and examine whether there are grounds for extradition.

Although Kholdarov is ostensibly charged over having been in hiding from July 2016, his lawyer Andriy Leshchenko points out that he was initially charged with supposed ‘religious extremism’ in connection with his involvement in Hizb ut-Tahrir.  Leshchenko has examined Kholdarov’s documents which he says prove that during the relevant period from 2016, he was not only openly at liberty, but even lodged a complaint himself with the prosecutor’s office over an unwarranted search of his home.  This is hardly something a person in hiding would do.

The charge of hiding from justice is therefore not justified.  It also ignores the key fact that the real reason for the original prosecution was Kholdarov’s involvement in Hizb ut-Tahrir. That movement may be considered ‘religious extremism’ in Kyrgyzstan, but it is perfectly legal in Ukraine.  The Odesa publication Dumskaya points out that Article 557 of the Ukraine’s Criminal Procedure Code expressly prohibits any form of international legal assistance in cases where the foreign state wishes to prosecute for actions which are not a crime in Ukraine.

Leshchenko accuses the Ukrainian authorities of double standards.  While, on the one hand, they are indignant over Russia’s persecution of Crimean Tatars and other Ukrainian Muslims on charges of alleged involvement in Hizb ut-Tahrir, they are willing to consider extraditing people to countries where they are persecuted for their links with the movement.  He believes that a common and consistent policy needs to be drawn up at the level of the Prosecutor General’s Office, the Migration Service and other authorities.

While Kyrgyzstan accuses members of Hizb ut-Tahrir of ‘religious extremism’, Russia has gone much further and labelled a movement which is not known to have committed any act of terrorism anywhere in the world ‘terrorist’.   The Memorial Human Rights Centre has condemned the relevant 2003 Supreme Court judgement as totally unwarranted, and Memorial expert Vitaly Ponomaryov believes the judgement was probably aimed at giving the Russian authorities grounds for extraditing Uzbeks seeking asylum back to Uzbekistan although they were facing persecution for their religious beliefs. There is indirect confirmation of this in the fact that for the first ten years after the Supreme Court judgement, prosecutions seldom resulted in prison sentences.  This changed dramatically in 2014, with men now facing sentences of up to life imprisonment merely for discussing their religious views.  The prosecutions have also proved a source of promotion and / or bonuses for the FSB, who regularly concoct cases out of nothing, using dodgy ‘expert’ assessments and secret witnesses to make up for the lack of any evidence.

The situation is particularly shocking in occupied Crimea since Russia has no right to be applying its legislation on occupied territory and Hizb ut-Tahrir is legal in Ukraine. As mentioned, there are now 55 Crimean Muslims either serving huge sentences or awaiting ‘trial’, with an ever-increasing number of them civic journalists or activists who have evidently been targeted to silence them.