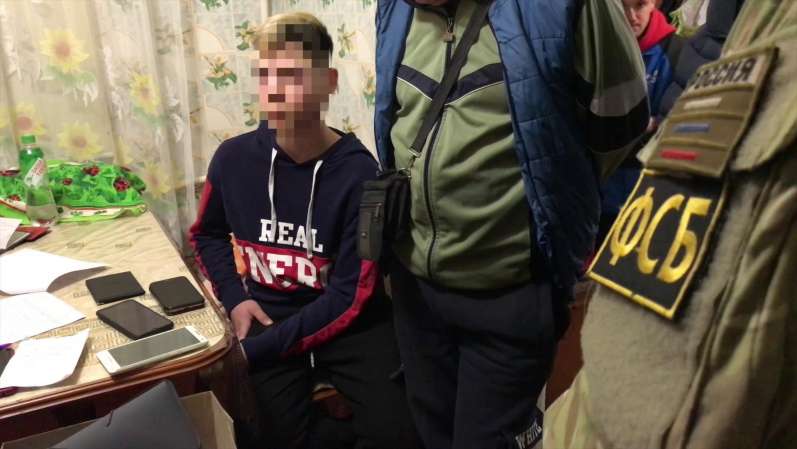 The FSB in occupied Kerch have arrested two boys, one 16, the other just a year older, and are claiming to have thus averted terrorist attacks on two educational institutions.  The FSB assert that the two young lads were ‘followers’ of Vladislav Rostyakov, the 18-year-old student who killed 20 students and staff at the Kerch Technical College on 17 October 2018 before (allegedly) turning the gun on himself. The FSB, which devotes huge amounts of time and energy to politically motivated prosecutions, especially of Crimean Tatars, had clearly not seen the Kerch massacre coming despite Roslyakov’s activities in amassing a large stock of lethal weapons.

It may be that the FSB have now really uncovered new plans, however Russian enforcement bodies’ activities in occupied Crimea have so far given no grounds for taking them at their word.  Over the last six years, Russia has crushed the independent media in Crimea and either arrested or exiled journalists willing to probe the story, and since the arrests are being used as grounds for doubling ‘anti-terrorism’ measures in schools, attention does seem warranted.

It is hopefully coincidence that the arrests were announced the day after widespread reports that 17-year-old Crimean Tatar schoolboy, Server Rasilchak had been tortured, including with the use of electric shocks, by Russian-controlled police.

On 18 February, the Crimean FSB circulated a report to all Russian-controlled media, asserting that they had prevented two attacks  This was accompanied by the standard video, which may or may not genuinely show armed and masked FSB officers finding what are clearly supposed to be parts of explosive devices during searches of the two young lads’ homes.

The FSB claim that the two lads tested these devices out on domestic animals, and say that “work” had been carried out back in November 2018 with respect to one of the boys after he posted approving comments on social media under articles about Roslyakov’s massacre. Despite this, they assert, the boy later joined an Internet group of neo-Nazis of which Roslyakov had also been a member.  The FSB claim that, in order to carry out armed attacks, the two had obtained Internet instructions on making home-made explosive devices, as well as building plans.

The two are also alleged to have been the administrators of social media and Messenger ‘death groups’ in which they are supposed to have encouraged others to carry out similar crimes.

Both lads have been remanded in custody for two months.  The younger of the two is reportedly in the ninth grade at a Kerch school, while the other is a student at the Kerch Marine College. They have not been named nor have their faces been shown.  This is, of course, quite correct, since they are both under age, however there are ample reasons to be wary of any FSB claims to have prevented terrorist attacks, and this is not only because Russia, as occupying state, has no right to be deploying the Russian FSB and applying Russian legislation in Crimea.

Since the arrests of Ukrainian filmmaker Oleg Sentsov and three other Ukrainian opponents of Russia’s invasion and annexation of Crimea in May 2014, Russia has arrested at least 20 Ukrainians, claiming them to have been planning acts of terrorism or sabotage.  It has also imprisoned over 60 Crimean Tatars on trumped-up “terrorism” charges.

During the six years of Russian occupation, there has only been one act of terrorism, that committed by Roslyakov, which the FSB entirely failed to notice in advance.

There was a disturbing amount of politics in how the massacre was at least initially presented.  By late in the evening of the day of the massacre, Russia’s Investigative Committee had changed its qualification of the crime from an act of terrorism to multiple homicide.  This was after Russian media had initially reported a top occupation regime official as claiming that Ukraine was behind the terrorism, and that the culprit allegedly “looked like a Tatar”, and both had proven to be far from the truth. There were conflicting reports about Roslyakov’s likely motivation, based mainly on his posts on social media.  His VKontakte page contained anti-fascist slogans and indicated an interest in hard rock, possibly also support for left-wing ideas,  The same page had a portrait of Russian President Vladimir Putin and a repost from a page entitled ‘This country can’t be beaten’, with symbols of the so-called ‘Novorossiya’, linked now with the Kremlin-controlled pseudo ‘Donetsk and Luhansk republics’   There was also, however, a sarcastic photo of Putin together with the head of the Russian Orthodox Church, Patriarch Kirill.

Within weeks of the massacre,  the Russian-controlled and Russian state media began using a tenuous link between Roslyakov’s mother and the Jehovah’s Witnesses to fuel hate speech against the latter, whom Russia had, incredibly, banned as ‘extremist’ the previous year.

Reports can, however, be found even back then suggesting that Roslyakov had been in contact with neo-Nazis via secret accounts, and it seems to be this line that the FSB is now claiming links Roslyakov to two young students in Kerch.