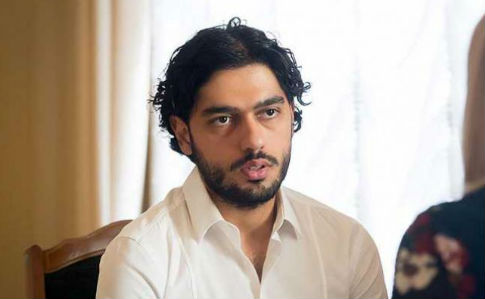 First reports had seemed like an early April Fool’s Day joke, but, unfortunately, proved to be true. Following publication by MP Geo Leros of taped conversations that appear to incriminate Andriy Yermak, the Head of the President’s Administration, and his brother, the State Bureau of Investigations really did initiate a criminal investigation against Leros.

On 29 March, Leros posted video footage which appears to show Denis Yermak holding negotiations about getting unnamed individuals posts within government.  Leros directly asserted that Andriy Yermak was using his brother to trade in government posts.  In this way, he alleged, Andriy Yermak “is implementing his program into the law enforcement bodies and defence, and of course making money out of the state”.   The videos are dated 20 August; 16 September; 23 September and 3 October 2019, and mention posts in, for example, the Ministry of Infrastructure and Kyiv Customs Office. Various amounts of money are named for such ‘services’.

The same day, Leros posted a letter he had sent to the National Anti-Corruption Bureau [NABU].  Judging by the accompanying post on Facebook, this was after Andriy Yermak reacted with indignation to the publication of the videos.  He accused him of showing no interest in the apparent corruption, only in whether Leros had other videos (Leros posted two more) and where he had got them from.  Media reports that day quoted Yermak as threatening to report Leros to the police, saying that the latter would “answer for every word of lies”   There are, in fact, mechanisms for fighting what you consider to be defamation.  Yermak went for criminal charges instead.

As reported here, Leros was one of the most vocal opponents of the agreement signed by Yermak in Minsk on 11 March which was widely seen as proposing direct dialogue with the Russian-controlled Donbas ‘republics’.  Shortly after Leros gave an extremely hard-hitting interview in which he condemned Yermak’s behaviour, President Volodymyr Zelensky issued a decree, dismissing Leros from his position as presidential adviser.  Leros responded to the presidential decree, which gave no explanation, by commenting that Yermak had evidently read the interview.

Even if there are grounds for hostility between the Head of the Office of the President and Leros, and even If, as Leros suggests, there are many in Ukraine who are against Yermak, the revelations themselves are disturbing, and clearly need to be investigated. Both brothers have acknowledged that Denis Yermak’s voice is on the tapes.  On 1 April, Denis Yermak posted a statement on his Facebook page in which he talked at length about his work in a civic organization, and asserted that the taped conversations had been legitimate discussions in his capacity as the head of an NGO proposing various reforms to the government.  He also suggested that this was part of an attack on his brother.

It was reported on 30 March that the State Bureau of Investigations had initiated a criminal investigation, seemingly against Leros, in response to a complaint from Andriy Yermak.  The charges mentioned were: Article 190 § 2 fraud, by prior conspiracy of a group of people; 344 § 2 interfering in the work of a public figure, carried out by a person using their official position; 328 – divulging a state secret with grave consequences; 364 § 1 exceeding official powers or duties.  Leros himself reported that he had been summoned to SBI for questioning, and called the situation “a theatre of the absurd”.

On 1 April, MPs from Servant of the People issued a statement, demanding that the information published by Leros be investigated.  This was posted by Mykyta Poturaev, and does not specify who exactly endorsed it, with it being “We, Deputies from the Servant of the People faction”.   They express concern at the information which could indicate trading in government posts with the involvement of officials from the Office of the President.  They call the response from the law enforcement bodies extremely strange in that they had not paid attention to the content of the recordings, but to the fact of their publication.  Such behaviour, they believe, is a threat to civil society and to fundament human rights and liberties.

“Following such logic, similar accusations could be made against the vast majority of investigative projects of Ukrainian media, as well as with respect to the prosecution of many politicians that took place in Ukraine in the recent past”.  They cite the ‘Melnychenko tapes’ as an example.  It was those tapes, made by presidential guard Mykola Melnychenko that implicated the then President Leonid Kuchma and the Head of his Administration, Volodymyr Lytvyn in the murder of Ukrainska Pravda journalist Georgy Gongadze.

“We ask the law enforcement bodies, and specifically the Prosecutor General’s Office, SBI; NABU and the Interior Minister to respond to the need as a matter of priority to directly investigate the substance of the recordings made public. We also call on them to prevent action which could be treated like pressure or persecution of a Ukrainian people’s deputy”.