Donetsk militants seize passionately pro-Ukrainian young man with a serious heart conditionTortured and sentenced to 14 years in Russian-controlled Donbas ‘republic’ for pro-Ukraine Twitter postsTorture and 15-year ‘sentence’ for insulting tweets about Russian-controlled Donbas militantsUkrainian researcher tortured & sentenced to 13 years for ‘treason’ against a fake Russian proxy republicDesperate plea to Zelensky from relatives of hostages once again forgottenRussian-controlled Donbas militants finally free severely disabled pensioner but not her invalid sonSilence abets Russia in torturing and risking the lives of Ukrainian hostages and POWs in occupied DonbasAbducted 16-year-old was forced to clean up after Russian invaders" torture of Ukrainian POWs and hostagesRussia abducts 25 volunteers delivering humanitarian aid to Mariupol, threatens to put them ‘on trial’ Russia extends terror and abductions from occupied Crimea and Donbas to all of Ukraine Russian invaders torture and threaten to kill civilian hostage in revenge for their military losses Ukrainian POWs and abducted civilian hostages illegally imprisoned in Russian-occupied Crimea Russian invaders abduct Mayor of Prymorsk Oleksandr Koshelevych after first taking his elderly father hostage Russian Rule of Lawlessness in Occupied Crimea and DonbasRussian invaders take Mariupol intensive care hospital and its patients hostage Russia kills Minsk Agreement, with lives of over 300 Ukrainian hostages and POWs in danger Russia is already holding many Ukrainian POWs without any declaration of warRussian proxy Donbas ‘republic’ threatens death sentence after torturing young father into ‘confessing’ to being a Ukrainian saboteur Crucial law adopted to help Russia’s Ukrainian political prisoners and hostagesUkrainian seized and tortured by Donbas militants after returning for his elderly mother
• Topics / The right to liberty and security 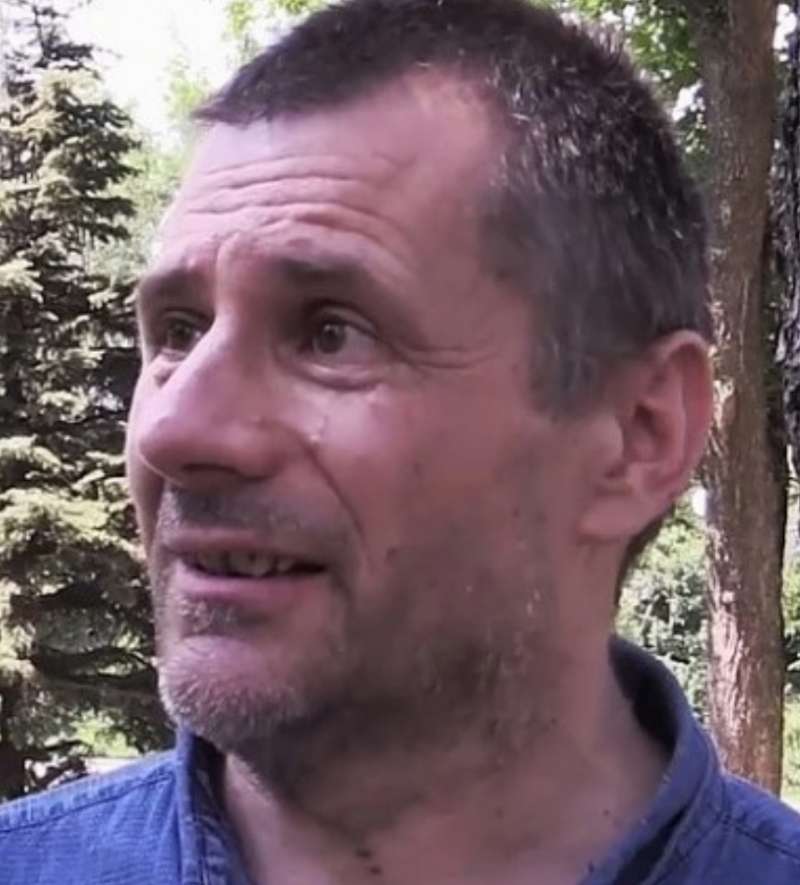 50-year-old Vadim Dreyev from Luhansk disappeared on 26 April 2019.  Nothing was heard of him for four months, until the so-called ‘Luhansk people’s republic’ produced a video in which the Ukrainian supposedly demonstrates his part in the blowing up of four monuments in the Russian proxy ‘republic’  While many hostages are imprisoned for their pro-Ukrainian stand, there are strong grounds for suspecting that on this occasion, the militants have seized a man with a medical condition and placed him under intolerable pressure, effectively for Russian propaganda purposes.  Dreyev is now reported to have been ‘sentenced’ to 12 years’ imprisonment.  His daughter, Halyna, has appealed to both President Volodymyr Zelensky and the Human Rights Ombudsperson asking them to ensure that her father, who urgently needs medication, is included in the next exchange of prisoners.

The video, in which Dreyev, handcuffed to a militant, supposedly takes part in an ‘investigative experiment’, appeared on 16 September 2019.  As has become standard with such videoed stunts, Dreyev says that he was recruited by an SBU [Ukrainian Security Service] officer – ‘Oleh’ - who passed him explosives.  He is taken around four monuments to the militants killing Ukrainian soldiers and supposedly shows where he left the explosives.

It is telling that the version presented is that Dreyev was involved, but merely left explosives that “another group” was then responsible for using to blow up the monuments.  Under any circumstances, this would seem to unnecessarily double the danger that somebody would get caught.  In this case, however, the reason seems obvious, and makes the treatment of Dreyev seem so very cynical.  While it is not clear what Dreyev’s specific medical issues are, he does have Group 2 invalid status, and probably has learning difficulties.

The militants themselves talk of him being on a psycho-neurological centre register and pull in a so-called psychiatrist, Oleh Volman.   The latter claims that Dreyev “has delinquent behaviour.  This is reflected in the particular features of his behaviour.  Such people are easily influenced, controlled. This category of people has often been used by criminal structures for smuggling, drug-trafficking, etc.”

Radio Svoboda believes that this could be a new ploy by the militants, with them claiming that the SBU are recruiting people with obvious psychological pathologies. They note that, a week earlier, on 6 September 2019, the militants reported seizing a resident of Novosvitlivka who was also supposedly on such a register, while accused by the militants of working for the Ukrainian Aidar Battalion.

Such stories are eagerly seized upon by Russian propaganda media. Komsomolskaya Pravda, for example, published a text under the headline: “Psychopath recruited by Ukraine and implicated in high-profile terrorist acts detained in Luhansk”.

The 50-year-old Ukrainian whom a purported psychiatrist ‘diagnoses’ with delinquent behaviour  and Russian propaganda call a psychopath does not fit the roles being foisted on him.  Dreyev  looks very vulnerable, and is doubtless in desperate need of support and, probably, medication.