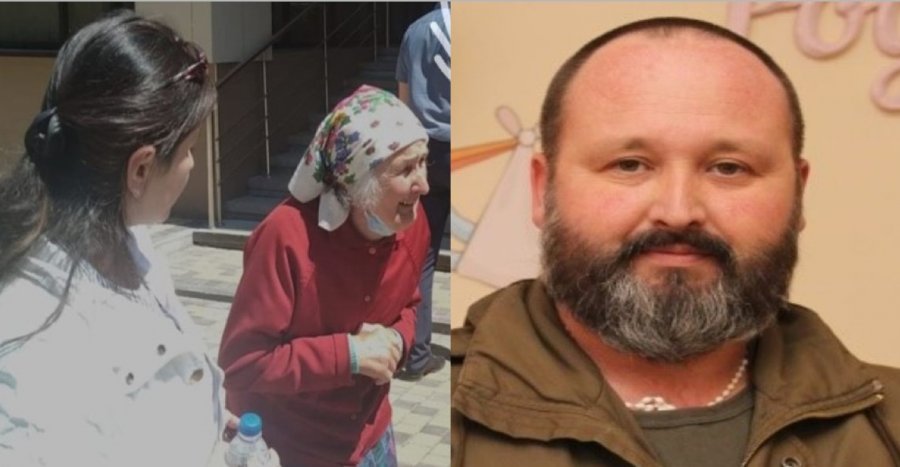 43-year-old Ivan Yatskin has gone on hunger strike in protest at the systematic pressure and ill-treatment he is being subjected to in Russian captivity. Yatskin is currently being taken, in slow and very gruelling stages, to a harsh regime prison colony in the Kemerov region of Russia, and it is the deprivation of vital medication and the treatment he is receiving during these stages where he has limited contact with his lawyer and family that have left him with no other choice but to refuse food.

Lawyer Nikolai Polozov first reported the hunger strike a week ago, on 1 December, with this confirmed by a local lawyer who was able to see the recognized political prisoner last week.  There are already serious concerns regarding Yatskin’s state of health and such a hunger strike is enormously dangerous, but he has asked Polozov to pass on that he really sees no other choice.

Yatskin fell victim to Russian persecution because of his pro-Ukrainian views, and he has reacted strongly when Russian prison officers made derogatory remarks about the Ukrainian nation and the country as a whole.  They have plenty of scope for reprisals and are using them against him. All of his medicines have been taken away from him, and during a ‘search’, officers ripped the only bag he has.  He was left with nothing to carry his belongings in, yet his request for a needle and thread to patch up the bag was rejected. He has also been prohibited from using the prison shop to at least buy water, although the water in the cell is of extremely bad quality and very likely dangerous to drink. As well as depriving him of all medication and bandages and totally ignoring his requests for medical care, the penitentiary service are also restricting the already limited opportunities for ringing his family in Crimea.

After the visit last week by lawyer Saikha Sailudinova, it was learned that the prison staff have also demanded that Yatskin rip up a statement he was planning to address to Russia’s Ombudsperson, Tatyana Moskalkova.

Yatskin suffers from chronic problems with the circulatory system which are particularly affecting his legs.  While still imprisoned in occupied Crimea, he had a painful vascular ulcer which urgently needed treatment.  He has never received any, nor has he had a proper medical examination.  It has always been difficult to get the prison staff to agree to pass on medication and bandages, provided by his wife, Gulnara. Without them, and in the filthy and unsanitary conditions of a Russian prison, there is a real danger of serious infection, and, ultimately, of losing his legs.

Instead of providing medical treatment, Yatskin has been subjected to even more brutal treatment.  On 4 November, for example, Polozov reported that Yatskin had been initially placed in a SZHIZO, or punishment cell, for three days.  Both the conditions in such punishment cells, and the rules, are particularly tough, and Yatskin was forced to stand, despite the pain he is enduring, from early morning until late evening. After the punishment cell, he was still held in a cell without any heating at all, and it is unclear whether the heating has, at least, been turned on.

As reported, Russia’s use of ‘state treason (via spying)’ charges against the Ukrainian living in his native Crimea meant that the ‘trial’ was behind closed doors, and Polozov prevented from providing almost any details. There was, however, enough information for the authoritative Memorial Human Rights Centre to conclude that Yatskin is a political prisoner, and a victim of Russia’s ongoing anti-Ukrainian campaign.  In their statement, the human rights group noted that one of the components of the campaign against Ukraine was “the initiating of criminal prosecutions against citizens publicly expressing a position on events in Ukraine that diverges from the official stand and directly against Ukrainians”.  Such prosecutions included many cases over so-called terrorism or spying.   All of such prosecutions are additionally illegal and in violation of international law which prohibits an occupying state from applying its legislation on occupied territory.

As well as a much older son and daughter from a previous marriage, Yatskin has two small sons with his wife, Gulnara Kadyrova, as well as a daughter who was born after his arrest.   Yatskin’s mother is elderly and in poor health, making the secrecy around his whereabouts for the first four months and then the closed nature of all proceedings especially brutal.  She was able to see him only once, in ‘court’ after the sentence was announced, and then only fleetingly.

Yatskin is one of at least four Ukrainians who were arrested shortly after Moscow  released 35 Ukrainian political prisoners and POWs in exchange, mainly, for MH17 witness (perhaps suspect) Volodymyr Tsemakh.

Armed FSB officers, many in masks, burst into the family’s home in the village of Volkovo on 16 October 2019 and took Yatskin away.  They purportedly carried out a search that day, however this appears to have been extremely cursory, only exacerbating the doubts about the charges the FSB brought.  Such doubts are intensified also by the fact that the FSB were led by a Russian investigator, Sergei Makhnev, who has been involved in a number of political trials, especially involving Crimean Tatars.

The initial arrest warrant makes it clear what he was charged with at the ‘investigation’ stage, with this very likely what the case is about.  The investigator claims that from 14 February to 30 March 2018, following SBU instructions, Yatskin spoke with acquaintances from among law enforcement officers, “gathered personal data of officers of the police search and operations office in Crimea.” He is supposed to have passed this “personal date, constituting a state secret” to the SBU while in mainland Ukraine from April to July 2016.  The Memorial Human Rights Centre notes that there is some suggestion that Yatskin may at some earlier stage served in the Ukrainian police force and could well have known former Ukrainian offices who later breached their oath and joined the Russian police.  Any information that Yatskin had, would have been from before Russia’s invasion and annexation of Crimea, and would have pertained to activities under Ukrainian law, and not applicable under Russian legislation.

Yatskin was moved almost immediately, and in total secrecy, to Lefortovo SIZO [remand prison] in Moscow.  It was only on 24 December that TASS reported the arrest, claiming that “a Russian” had been charged with state treason, in the form of spying, under Article 275 of Russia’s criminal code.  Yatskin is a Ukrainian citizen who was born in Crimea and had lived there all his life.  Yatskin’s wife has recounted how she initially had no idea what to do, and it was thanks to her step-daughter that she learned about the civic organization Crimean Solidarity.  Polozov announced on 20 January 2020 that he agreed to represent Yatskin and had visited him at Lefortovo the previous week.  This was the first of many reports that his client urgently needed medical treatment.

The arrest on 16 October 2019 was so quick that Gulnara was not even able to say goodbye to her husband whom she next saw only on 21 May 2021 when the Russian occupation ‘Crimean High Court’ sentenced him to 11 years in a harsh regime prison colony. That sentence was, on 16 September 2021, upheld by Russia’s Third Court of Appeal.

Between these two ‘court rulings’, the couple were formally married in the SIZO, with the process of getting permission for this having cost Gulnara a huge amount of time and effort.  The couple were not even allowed to hold hands and the ‘ceremony’ lasted only a couple of minutes.  It does, however, mean that they can hope for long visits in prison.  Yatskin’s mother and his children will not have such an opportunity and Gulnara recently spoke of how it was the children whom she was thinking of.

“In nine years, when he’s released, the children will be 13, 12 and 10. They will be quite different, not like now. And I thought about how many years that is, and how he will miss the most interesting: how the children are growing up, how they go to kindergarten, to school, the first of September.  Those were my first thoughts.”

The two boys, Rinat, who is five, and four-year-old Arsen, only know that their daddy is far away and loves them very much.  Rianna, who is now two and very similar to Ivan at the same age, has only met her father once, in the SIZO.

Please check here in a few weeks for Ivan Yatskin’s address and details about how to write to him.