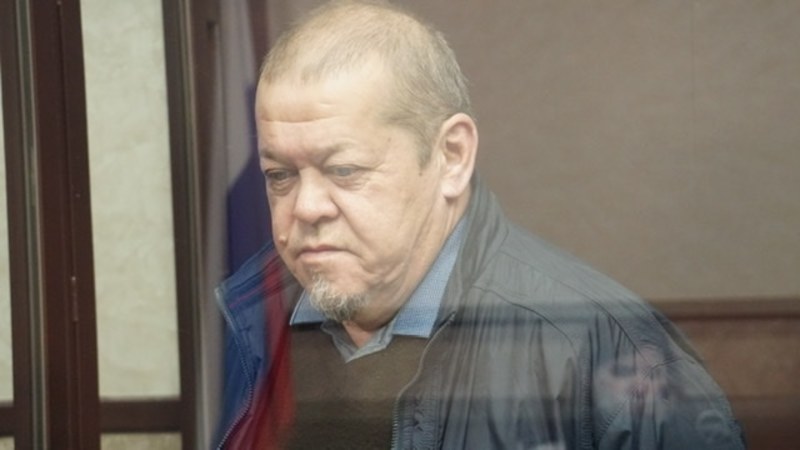 A Russian court has refused to call in a key ‘witness’ in the trial of 64-year-old Zekirya Muratov, with the only possible reason being that the judges are as well aware as the prosecutor that this individual is an FSB agent implicated in the persecution of at least five political prisoners.

During the hearing on 24 December 2021, the defence questioned four other political prisoners: Eldar Kantimirov; Lenur Khalilov; Ruslan Mesutov and Ruslan Nagayev, with the men naming the FSB agent involved in their persecution.  Mesutov, for example, explained that the man they knew as Enver Khalilov had taken part in meetings with them, and had spoken with all of them.

He and the others had recognized Enver Khalilov’s voice during the illicitly taped conversations which the FSB are using as ‘evidence’ of supposed involvement in Hizb ut-Tahrir , a peaceful transnational Muslim organization which is legal in Ukraine. They all testified that this individual had secretly taped such meetings with the others, and had himself asked provocative questions, with the tapes then passed to the FSB.  The only person’s voice that can be heard properly during these conversations on religious topics is, in fact, that of the FSB agent.  There are, undoubtedly, situations where the security services  may legitimately infiltrate an organization in order to learn about and thwart planned crimes.  Russia’s persecution of Crimean Tatars on charges of involvement in Hizb ut-Tahrir is entirely different, and not only because it is increasingly using it as a weapon against Crimean Tatars generally, and particularly civic activists and journalists.  The secretive Russian Supreme Court ruling in 2003 that declared Hizb ut-Tahrir  ‘terrorist’ has never been explained and has been condemned by human rights groups, such as the Memorial Human Rights Centre.  Since 2014, that ruling alone has been used to sentence men who have committed no crime to 20 years or longer.  It is of importance too that no real evidence of involvement in Hizb ut-Tahrir  is required, since FSB-loyal ‘experts’ provide the ‘opinions’ required of them.    The provocative questions are very likely to have been traps to get the men to express opinions that can then be freely ‘interpreted’ to suit the prosecution.  It should be stressed that Russia is, in any case, in grave violation of international law by applying its repression legislation to residents of occupied territory.  Hizb ut-Tahrir  is legal in Ukraine, and there are only two countries in the world that have labelled the organization as ‘terrorist’ – Russia and (since 2016) Uzbekistan which has long persecuted members of the organization on religious grounds.

The hearing on 24 December demonstrated yet again how little in common these ‘trials’ have with a real justice system.  Even the interpreter asked for by some of the men could not be trusted to translate certain key points.  Muratov’s lawyer, Lilya Hemedzhi, whose native language is also Crimean Tatar was forced several times to point out such discrepancies which were almost certainly deliberate.  The interpreter, for example, failed to correctly translate Mesutov’s words which clearly indicated that he knew the FSB agent.

This individual, known as Enver Khalilov, is now the only person whose voice can be heard on the taped conversation on religious subjects who is not imprisoned.  It was clear to all parties during the trial of the four political prisoners (from Alushta) who gave testimony as witnesses on 24 December, that one of the two supposed ‘secret witnesses’ in their case was, in fact, Enver Khalilov. The defence’s attempts in this case, as in all others, to remove the fictitious ‘secrecy’ were opposed by the prosecutor and rejected by the court although there was no proof that the person had any grounds to fear for his safety.  These anonymous witnesses are, essentially, used to make up for the lack of real evidence against defendants since their claims that the men tried to ‘recruit’ them into Hizb ut-Tahrir, admitted ‘membership’, or similar cannot be verified.

Under such circumstances, the defence’s application for Enver Khalilov to be called for questioning was clearly legitimate yet it was opposed by the prosecutor and turned down by presiding judge Timur Khabasovich Mashukov.

Enver Khalilov has already played a major role in the conviction, by the same Southern District Military Court where Muratov is on trial, of the first four men.  Lenur Khalilov and Ruslan Mesutov were charged with the more serious ‘organizer’ role under Article 205.5 § 1 of Russia’s criminal code; Ruslan Nagayev and Eldar Kantimirov  ith ‘involvement in such an alleged ‘group’ (Article 205.5 § 2).  All four men were also charged, under Article 278, with ‘planning to violently seize power’. The prosecution explained this truly surreal charge by claiming that the four men, as supposed members of Hizb ut-Tahrir, were planning a state coup via ‘“the total Islamization of the population”.   The men have been imprisoned since 10 June 2019, and are now awaiting their appeal against horrific sentences (Khalilov and Mesutov – 18 years; Nagayev – 13 and Kantimirov – 12).

Muratov is a musician by profession, but had Grade 3 disability status before his arrest, due to a number of serious illnesses which make the 64-year-old’s imprisonment especially dangerous. He was arrested on 7 July 2020 and charged with ‘involvement’ in an alleged Hizb ut-Tahrir group under Article 205.5 § 2, with this carrying a potential sentence of 10-20 years.  Any such term of imprisonment would prove a death sentence given Muratov’s state of health.

Important to note that Enver Khalilov is not the only FSB figure to have played a malignant role in this case.  Muratov was arrested two months after he refused to collaborate with Ukrainian turncoat and FSB officer Aleksander Kompaneitsev by providing false testimony against other Crimean Tatars.  Kompaneitsev is known to have used similar tactics in other such cases.

Please write to Zekirya Muratov and, if possible, to the other men!

The letters tell the men that they are not forgotten and the SIZO prison staff and Moscow that their actions are under scrutiny. Letters need to be in Russian, and on ‘safe’ subjects.  If that is a problem, use the sample letter below (copying it by hand), perhaps adding a picture or photo. Do add a return address so that he can answer.