‘I washed and buried my brother riddled with shrapnel, and his bloodied and wounded mother was barely in time for the burial…’‘We were lying in the open air, shells were whistling overhead.’ A resident of Mariupol tells about the evacuation and the situation in the city‘The enemy was just under our windows…’ – Anastasia from Irpin‘I saw fire arrows flying from Kherson...’‘... I sang in the basement to calm my daughter down’A resident of Mariupol is telling how she found civilians killed by a sniper‘Back in the day Shoygu and I saved Neftegorsk after an earthquake and now he turns Mariupol into it’‘Mariupol will still be Ukrainian’ – wife of the militaryOksana Stomina: This is medieval cruelty, multiplied by modern possibilities and sick, maniacal ambitions‘The bodies were lying in the street. Broken. Pieces. Blood...’
• Voices of war

‘I survived 21 days with a shard in my body. I was lucky’ 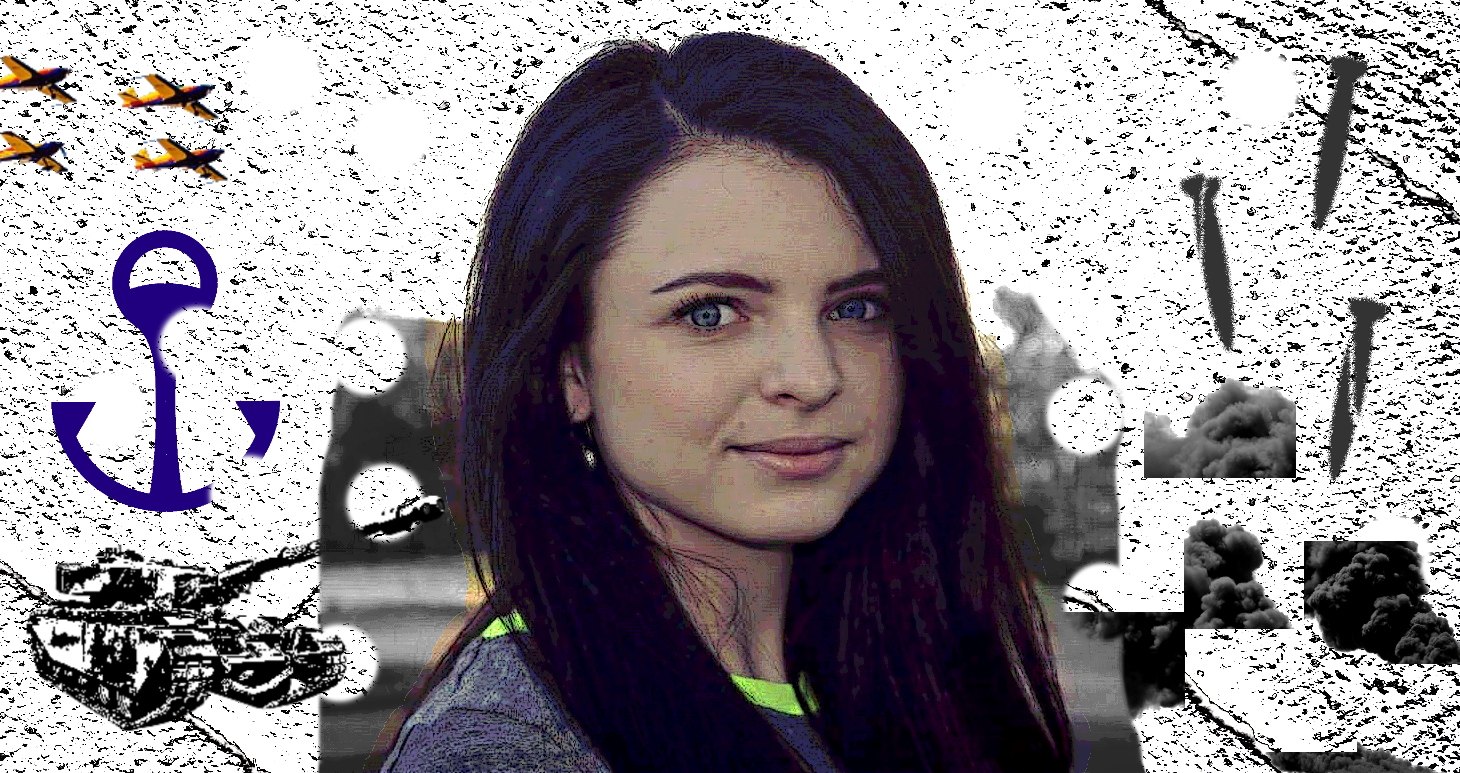 Anastasia Makeyeva spent a month in war-torn Mariupol. Before the war she used to work in DTEK company, now she is recovering after a surgery in Zaporizhzhia, after that she plans to move to the west of Ukraine with her family.

Anastasia lived near the station No.2 in the western outskirt of Mariupol, where there were no active hostilities during the initial stages of Russia’s full-scale invasion. However, in the first days of spring the city was surrounded, and that district was actively shelled. “We were encircled and our part [of the city] was hit until they advanced further. It was rough until the 19-20 [of March]. Then it was a bit quieter for 3 or 4 days — the hostilities simply moved further. The shooting, air bombing, etc.”

On March 4, 4 artillery shells fell near the house where Anastasia lived. One of them hit a tree and the shards hit her flat on the ground floor. Anastasia was wounded and her brother died when a shard directly hit him in the head. On the next day it turned out that a car burned down.

‘A serviceman brought the children to intensive care, but 15 minutes before they arrived a shell hit it’

A fragment of a shard that hit Anastasia in the buttock pierced through without hitting bones and arteries, and did not cause critical damage. Another part remained inside during the next 20 days spent by Anastasia’s family in the basement. It was almost impossible to receive medical assistance: the doctors and ambulances were not coming, and it was too dangerous to get to a hospital under the constant shelling. 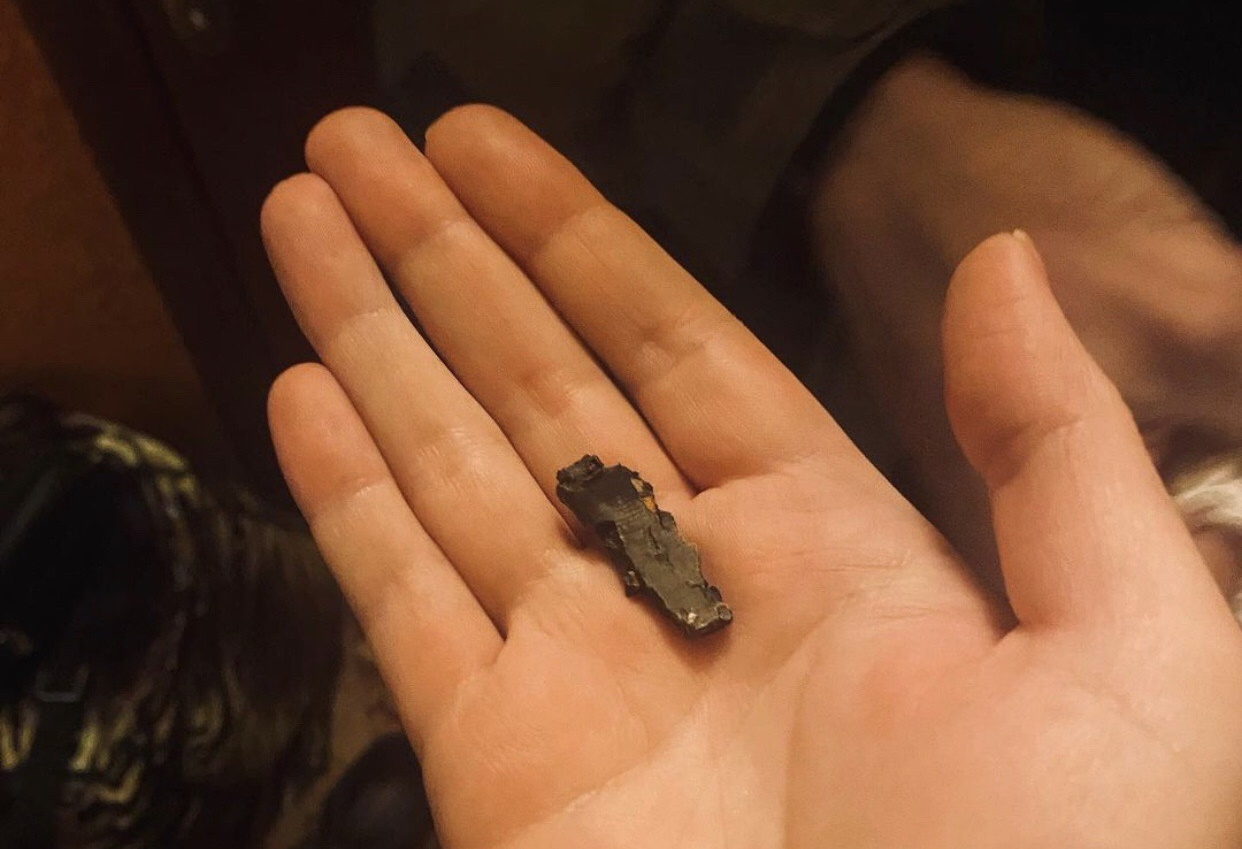 The surgeon gave Anastasia the shard after removing it

“We had a situation, when a small child, six months old, he was approximately diagnosed with pneumonia. They said that such little children require intensive care. A serviceman tried to bring them to the intensive care unit, and he was bringing them, but 15 minutes before they arrived, a shell hit there and the children’s intensive care unit was burning. Can you imagine that?” —says Anastasia. This is a children’s hospital No.3, which the Russians shelled on March 9. “If you are buried – you cannot dig yourself out. If you are wounded, there may not be time to provide you with medical assistance, or you won’t be able to get there under the shelling. There are too many “either”s and “or”s. One of the reasons I did not receive medical care could be that I simply could not go to the hospital… And the main fear was to miss the family. To not return to them afterwards or learn that they are gone”.

Anastasia thanks God that her house survived, as artillery shelling and air strikes took place very close, hitting neighboring buildings. A Ukrainian tank was driving near the house, firing and changing positions. In response, the Russians fired artillery and launched air strikes.

“There was an airstrike nearby, near our building, around 300 meters away from it. And we were shaken in the basement, like during an earthquake. It is horrible. We thought that the building was going to collapse, and there was an impression that a bomb hit the building. But it fell nearby. Where it fell, there is no entrance. Five-storey building, from the fifth to the first floor there is simply no entrance - only the slabs are hanging. Afterwards, when the positions changed, the Russian vehicles moved through our park, and the soldiers [were going]. It’s a wonder we survived”.

The military, both Ukrainian and Russian, brought water and products to the locals. The Russians checked the men’s documents and tattoos.

Due to constant shelling the civilians had to spend almost the entire time in the basements or shelters. When we were able to leave during the quiet moments to cook food at a bonfire or try to get a signal, — we could see the cityscapes of the ruined city”.

‘In the neighboring building a man died of hunger, because the staircase was destroyed and he could not descend’

“I just cannot describe it to you. All photographs concerning Mariupol are true. The city is simply black, there is no untouched spot in it. The people are scared, the people starved, they were left without food and water. We poured the water from the heating system, gathered water from the pipes when it was raining, gathered the snow when it was snowing. The people ran to get food.We were slightly more lucky than the central districts, because there are usually some warehouses in the outskirts. Those warehouses were broken into first by the soldiers, I cannot say which ones, because they are people, too, and were also searching for food. It saved us – this way we had at least some food. Under the bullets the boys visited the far warehouses, and we had to walk an hour and a half to a source. The boys were also going, trying to get water. They were standing in line for half a day trying to get at least some water. Those were the only options to survive. It was scary. Even when you are simply leaving and preparing a fire, you are not safe from something hitting you. Of course, we were not leaving in the evenings. We would have been shot on sight. In the basement, probably, a day was like three days. And it was very difficult at night, in the evenings. The hostilities were endless, they were in the morning, in the evening, in the night. Endless explosions”, — said Anastasia Makeyeva. 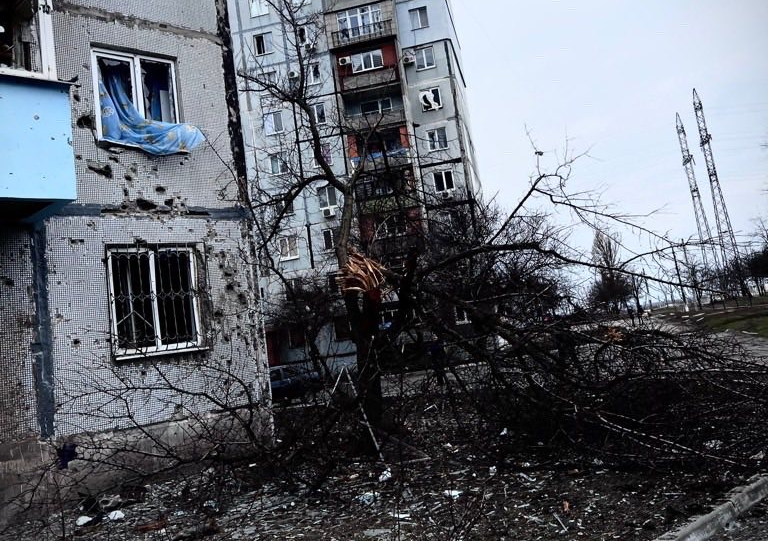 One of the shells split into deadly fragments, hit a tree near Anastasia’s flat

Rescuers and utilities cannot work in the city. There is no one to put out the burning buildings – they burn to the ground until the flames simply stop. People often do not have time to get out from under the rubble. One elderly man, says Anastasia, died of starvation because he lived on the ninth floor of the building and could not go down through the staircase ruined by a shell.

Since March 2 there is no connection in the city — the people are in the information vacuum. The main mean of communication is to visit the acquaintances personally. There are rumors that in Mariupol and occupied Berdiansk the Russians launched the connection on the basis of the :Phoenix” operator, which used to work in the ORDLO, using the seized base stations of Ukrainian operators.

A clarification: more and more information appears that the Russians really launched the “Phoenix” network in Mariupol, the residents can get the sim cards.

Due to the lack of a car, communication and confidence in the reliability of the humanitarian corridors, Anastasia and her family could not leave for a long time until acquaintances from abroad found a man who agreed to come and take them to Zaporizhzhia. There they were met by acquaintances and volunteers, Anastasia underwent surgery in the hospital.

After the recuperation she wants to find a job. “Because it would be very hard without a job. We want to work, we don’t want to rely on humanitarian aid”.

“We want to live calmly, we want to teach our children, we want to be happy, we want to smile and not be afraid. While I am in hospital — not the trace, more like anxiety — it is still high. Something drives near the windows — I think this is an APC and look in the window. And it was only a motorbike and I sigh of relief”. 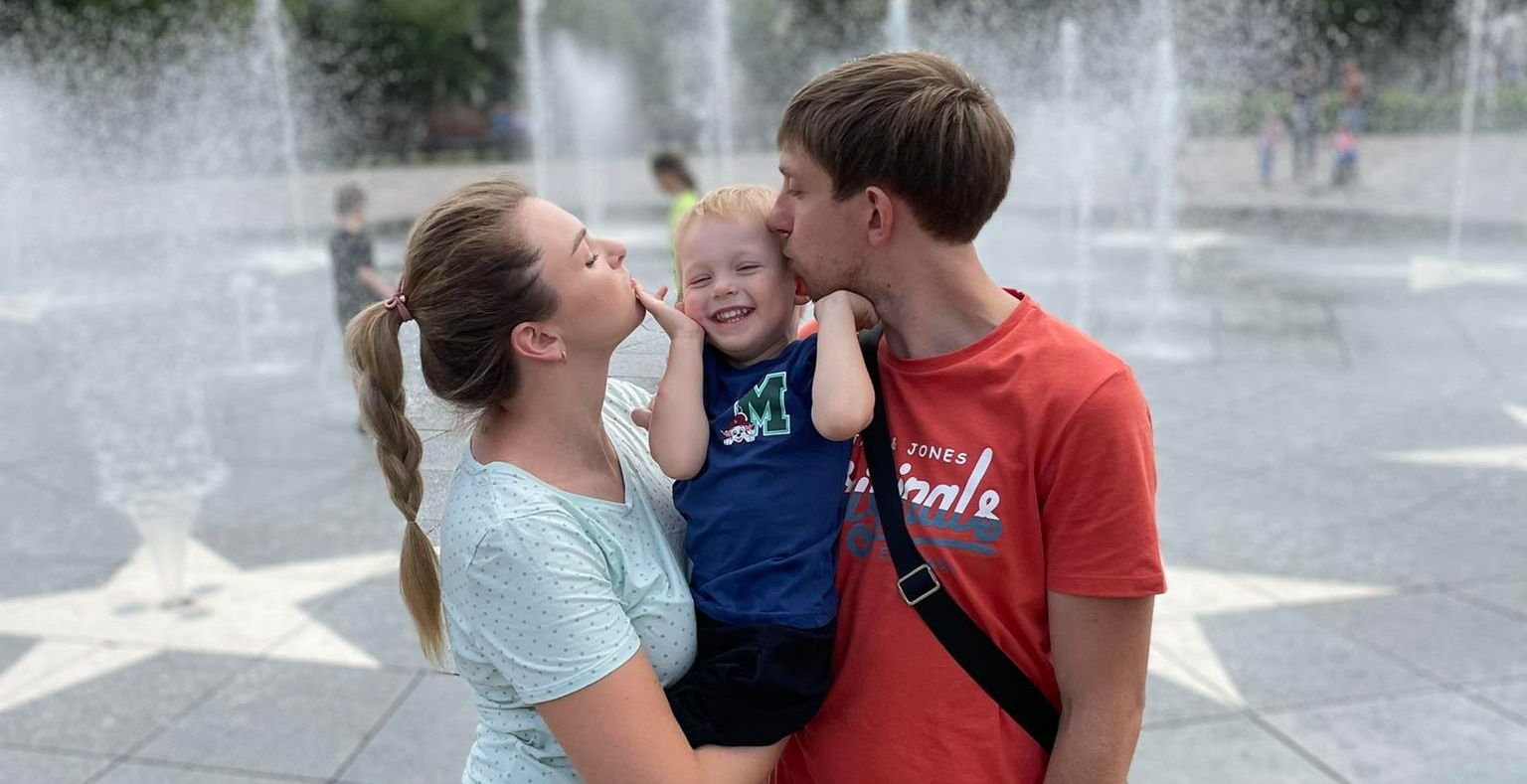 The Russian checkpoints were located on the road from Mariupol to Orekhov — a town 60 kilometers from Zaporizhzhia: “In Orekhov there was the first checkpoint where we heard: ‘Good afternoon’, and we understood at once that those are our guys”.

For her own safety before the evacuation Anastasia deleted all photos. But she confirms what the media write: the city is burning, the human bodies are lining the streets.

‘This is a war without rules — there are no rules, they don’t exist. They shoot the people, the local residents, the buildings. They shoot the kindergartens, everything. It cannot be explained. Those are not military bases, not some strategic objects — it is the entire city. The entire city is burning.’

The war caught Anastasia Makeyeva by surprise, as her grandmother and brother died shortly before the Russian invasion. Her sister and her family still remain in Mariupol.

“Why?” — the question that Anastasia wants to ask all Russians.

“Why do you hate us so? What did we do that was so bad? We lived peacefully, why did you arrive to our lands? Why are you killing our children? You know, a wound heals, a soul never heals. And while I still have relatives there (in Mariupol – aut.) — it is very difficult and I worry constantly. And pray, pray without an end. (…)

I do not wish death to anyone. Neither the guys who were forced to fight by Russia, nor our guys who are protecting us, nor the people who live peacefully and who do not have weapons to defend themselves. I do not want anyone to experience this, the only wish is peace. That everything ended, and we could live peacefully, sleep peacefully. And hear our relatives every day”.

Photos provided by the heroine.