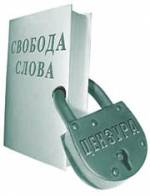 Pressure on Crimean independent journalists and civic activists is being stepped up with the new target being their relatives, including elderly parents or grandparents.

Ruslan Yugosh, one of the founders of the website Sobytiya Kryma says that his 73-year-old mother is being harassed because of his work as a journalist.  So-called Russian Federation police officers appeared at her home and ordered her to come for questioning to the other end of the city the following day.

There was no official summons, and no explanation as to what the questioning concerned. It was supposedly organized by something called the ‘department for fighting cybercrime.’

Ruslan Yugosh explains that he has not lived with his mother since he was 16.  She has a fairly superficial understanding of what his work is about and effectively no idea what the Internet is.   Questioning her about why her son “writes some kind of bad things on some kind of website (the name of which she can’t even remember) is unbelievable idiocy.  They didn’t provide even one example with proof that he’s the author of these supposedly ‘bad things”.

This ‘department for fighting cybercrime’ must have understood that they were talking with an elderly person who could tell them nothing.  The real purpose, that of psychological pressure and intimidation is particularly clear in one question whose menacing subtext his mother unfortunately would have understood: does he have any children?

Yugosh is convinced that the aim was to put pressure on him by scaring an elderly woman in poor health into believing that things would get worse if he didn’t see reason and stop his work before the FSB [Russian security service]  started taking an interest in him.

The fears are unfortunately not unfounded. As reported, four people have already been arrested by the FSB on highly dubious ‘terrorist charges’.  Film director Oleg Sentsov, civic activist Alexander Kolchenko and two others were all active in opposing the Russian invasion and annexation of the Crimea.