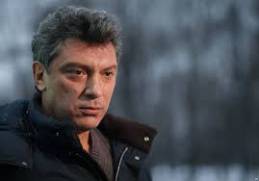 PLEASE ENDORSE THE APPEAL BELOW FOR AN INDEPENDENT INVESTIGATION!.

Russian President Vladimir Putin has come in for much criticism over the large number of his critics whose violent deaths have remained largely or totally unsolved. It was therefore noted how swiftly, less than 2 weeks after the slaying of his most vehement opponent Boris Nemtsov, five suspects were arrested.  6 months later, the investigation is near complete and is reportedly close to concluding that nobody ordered Nemtsov’s killing just metres away from the Kremlin.  His slaying, according to these fast-tract investigators, really had nothing to do with Nemtsov’s opposition activities in Russia, but was over his comments after the murder of Charlie Hebdo cartoonists in January.  Not surprisingly, an appeal is currently underway to demand an international investigation into the opposition politician’s murder.

Boris Nemtsov was gunned down in one of the most guarded areas of Moscow on Feb 27, 2015, 2 days before a march he had co-organized in protest at Moscow’s war against Ukraine.  He had consistently opposed and exposed the current regime over a large number of issues, but had most recently been actively probing evidence of Russian military involvement and soldiers’ deaths in Donbas.

The newspaper Kommersant has been following the investigation and reported on Sept 9 that Russia’s Investigative Committee [ICRF] plans to conclude its investigation by the end of 2015, with the trial beginning immediately after the New Year break.

According to Kommersant’s sources, the final motive for the killing, according to the investigators, is likely to be revenge over the politician’s support for cartoonists and journalists of the French satirical week Charlie Hebdo gunned down in Paris on Jan 7 this year.

The same sources say that the case will probably be passed to the Moscow District Military Court, since the chief suspect, Zaur Dadayev, was the deputy commander of the “Northern” [“Severny’] Internal Forces Regiment at the time of the killing. He was dismissed two days later, on March 1.

“A source close to the investigators” has told the newspaper that all investigative activities are “going to schedule”, but says that the necessary evidence of the five accused men’s complicity was collected in Spring and Summer.

Kommersant explains that the main ‘evidence’ includes the ‘confession’ given by Dadayev, who is accused of carrying out the murder and by Anzor Gubashev, who is alleged to have driven him to the scene of the crime.  The investigators are not perturbed by the fact that both men have retracted their testimony.

There are also CCTV recordings of Nemtsov being following “and partially, the moment of the murder”.   The same source asserts that the investigators also have audio recordings of conversations between the accused which allegedly confirm their guilt.

There remain five suspects.  Kommersant reported earlier that the investigators had eyed two men – a member of an influential Chechen family and his driver -  as having possibly ordered the killing.  This was based on Dadayev’s original ‘confession’ in which he said that he had been commissioned by somebody whom he referred to as ‘Rusik’ to kill Nemtsov.  This Rusik promised to provide weapons, a car and 5 million roubles each for the murder.

The investigators may be unperturbed by Dadayev’s insistence that he gave the testimony under torture and that he is innocent.  They seem, however, to deem it significant that they have found neither the pistol used, nor any large amounts of money.  In addition, the car used was bought by Dadayev and registered in Gubashev’s named four months before the killing.

The person from “an influential family” is believed to be Ruslan Geremeyev, former officer of the ‘North’ Battalion and his driver Ruslan Mukhudinov [Rusik is an abbreviated form for Ruslan].  Geremeyev is reported to have disappeared, and some suspect that he is being hidden by Ramzan Kadyrov, Putin-appointed President of Chechnya.

Kommersant now reports that Geremeyev and Mukhudinov are likely to figure only as ‘witnesses’ and that “the case may be reclassified from “contract killing” to “murder on the basis of political, ideological, racial, ethnic or religious enmity”.  If that happens, it says, then “Zaur Dadayev; Anzor Gubashev; Khamzat Bakhayev; Shadid Gubashev and Temirlan Eskerkhanov will probably be found to have been the implementers, the organizers and those who commissioned the killing”.

Vadim Prokhorov, lawyer representing the Nemtsov family, had earlier criticized the investigators, accusing them of not wanting to find out who ordered the killing and demanding that they interrogate Kadyrov who doubtless knows where Geremeyev and Mukhudinov are. It now looks as though they are going one quantum leap forward and denying that anybody else was involved in the assassination.

Who would believe it?

It is hard to imagine that anybody in Russia or other countries whose information is not gleaned solely from Russian mainstream media would believe that Nemtsov was effectively another victim of the Charlie Hebdo massacre.

Recent trials, such as that of Ukrainian film director Oleg Sentsov and civic activist Oleksandr Kolchenko, suggest that the Kremlin is quite unconcerned what others think.

With respect to the murder of another prominent critic of the regime, total distrust of the official version would not necessarily be unwelcome.  The gunning down of Boris Nemtsov, Anna Politkovskaya and others, as well as the murder by radioactive polonium of former FSB agent and Kremlin critic Alexander Litvinenko,   serve two purposes.  They eliminate opponents and send a clear message to others.  Dadayev’s conviction of murdering Nemtsov out of religious indignation would be a particularly chilling message.

A PETITION in both Russian and English calling for an international investigation into Nemtsov’s murder can be read and endorsed here.  It stresses that Boris Nemtsov “campaigned for the dismantling of the criminal regime, against aggression in Ukraine, and for a peaceful and democratic Russia”.

It affirms that “the truth about the murder of Boris Nemtsov is a step towards the liberation of Russia from the mountains of lies, against whom Nemtsov so fearlessly fought in the last years of his life.”

See also the report Putin. War which Boris Nemtsov had planned and which was later completed by his associates, and the film Nemtsov and Leonid Martynyuk produced in 2014 entitled ‘The Warmonger’ [Разжигатель войны] about Russia’s aggression in eastern Ukraine.