Forced to hunger strike in search of justice for their sonsUkraine’s MPs block last chance of justice for tortured Ukrainian prisonersJudicial Review demanded for Life Prisoners Tortured into ‘Confessing’ to AnythingDeath of Ukraine’s most famous torture victim to be reinvestigatedWhy do Ukrainian MPs want to prove that Ukraine is just like Russia?Supreme Court Candidate Exposed for Sentencing Innocent Man to Life ImprisonmentWill anyone answer for the killings on Maidan?Crimean Tatar political prisoners illegally taken to Russia in appalling torture conditions Crimean Tatar political prisoner ‘retried’ until Russia’s FSB got the sentence they wantedApplication practice of Article 110 of the Criminal Code of Ukraine“Now and then the flame dies down, but solidarity is a stream of sparks”2020: There was no worse year in the realm of human rights after the Revolution of DignityRussian-controlled militants sentence 70-year-old pensioner to 17 years for ‘spying’ after torturing him and his familyA brief description of the KHPG strategic litigations in July–December 2020Is COVID-19 present in penitentiaries and pre-trial detention centers?The childhood Russia ended in 2020 with machine guns and arrests Russia begins its most repressive trial of Crimean Tatar journalists and activistsCzech gets 15 years on terrorism charges for fighting for Russian-controlled Donbas militantsThe practice of application of Article 111 of the Criminal Code of UkraineRussia’s Show Trial must go on, however many Crimean Tatar political prisoners it kills
• Topics / Against torture and ill-treatment
• Topics / The right to a fair trial 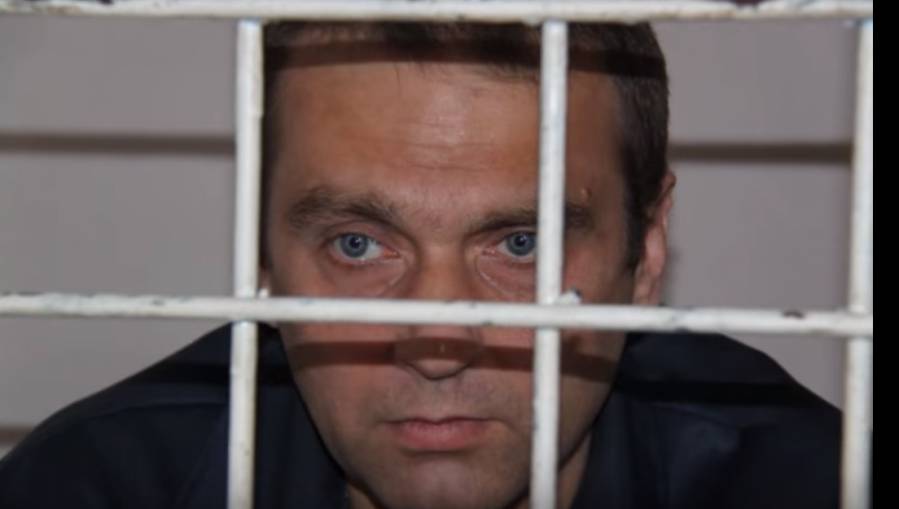 Oleksandr Rafalsky has died in a Ukrainian prison, let down to the end by Ukraine’s justice system and by the leaders who came to power following Euromaidan.  He had spent 15 years in prison despite the lack of any evidence or motive to justify his life sentence and serious grounds for believing that any confessions in the case had been extracted through torture.

The Penitentiary Service has confirmed that the 46-year-old was found unconscious in the early hours of Oct 20.  Doctors were called, but were unable to revive him.  The results of an autopsy are now awaited.

Rafalsky’s case is widely known among international bodies monitoring the likely use of torture, as well as by rights NGOs.  His conviction was among the 10 most dubious cited in calls on parliamentarians to at long last adopt draft bill №2033а.  This bill would provide life prisoners whose sentences were based on testimony extracted through torture or similar the chance for a judicial review.  No guarantees of release, no easy ‘pardon’, simply the chance of justice, of a proper assessment of the case.

The prosecution claimed to have established the identity of the four people.  They asserted that the four men arrested had dismembered them in the construction site where the shopping centre was to be built.  There were no traces at all to back this, and the other problems with this version were even greater.  The people they named did not correspond to the gruesome find.  For example, two of the women allegedly murdered had had their appendix out, however none of the bodies did.  The forensic scientists had said that one of the victims was a young boy, yet the prosecution identified him as a 38-year-old man.  There are witnesses who have confirmed seeing one of the victims two years after her alleged murder.

The prosecutors stuck to their story regardless.  Rights activists who were following the case believe that the plan was to put Rafalsky behind bars and keep him there. After his arrest, his mother came under serious pressure to sell the location, with the argument presented being that nobody would want it because of the murders whose link with the place had never been proven.

Rafalsky’s own account of the torture methods applied is harrowing to listen to.  He was beaten, had electric shocks applied, was shot with blank bullets and forced to dig his own grave in mock executions.

Human rights activist Andriy Didenko reports that Rafalsky had been held in the Kyiv SIZO [remand prison] for a year and a half in connection with criminal proceedings over torture and falsifications where Rafalsky had victim status.

One of the four men convicted of these murders – Viacheslav Baranovsky – is alive. Volodymyr Kharchenko and Stepan Chernak died some time ago.

Ukraine still has a chance to put an end to the injustice perpetrated against one man in this case and against others.

There are others whose life sentences also arouse grave doubts, and there is no excuse for any further delay in giving imprisoned men the chance of justice.