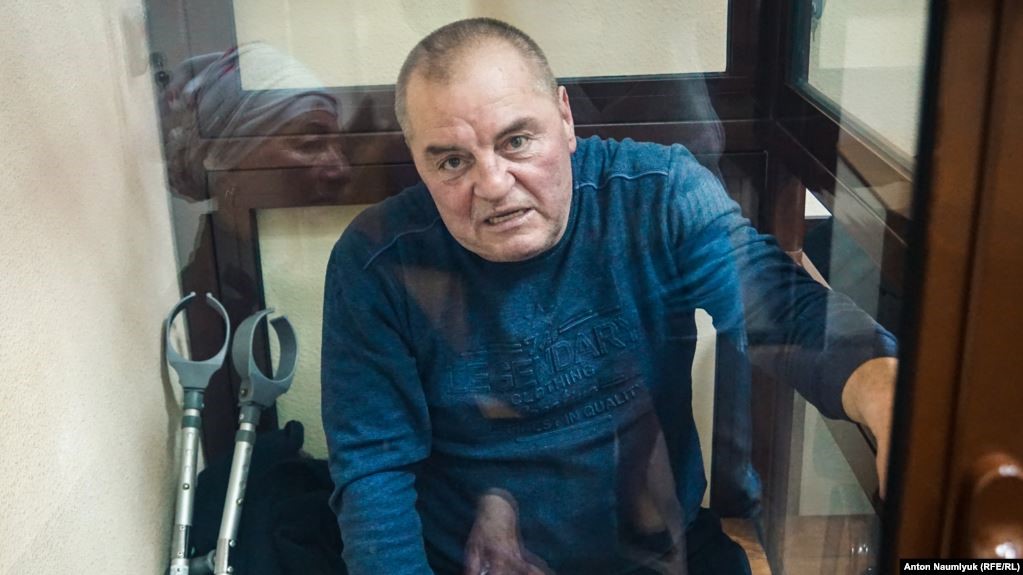 Lawyers representing imprisoned Crimean Tatar activist Edem Bekirov have approached the European Court of Human Rights, requesting that it force Russia to comply with its order and hospitalize Bekirov. In the meantime, a Russian doctor has launched a petition demanding what Russian law itself demands, that the authorities stop putting the 58-year-old amputee’s life in danger.

The Court in Strasbourg applied Rule No. 39 on 11 June , ordering Russia to place Bekirov in hospital.  The order is binding, yet Russia has still not complied.  First the ‘investigator’ Ivan Romanets claimed that they were unable to confirm or refute whether the document from the European Court of Human Rights was authentic.  Then Bekirov was taken for half-hour examinations to an endrocrinologist and cardiologist, both of whom ‘concluded’, as they knew was expected of them, that all was fine. Anything else might have got them into trouble, but upbeat noises cannot conceal the serious illnesses that Bekirov suffers from.  His lawyer, Alexei Ladin, says that they are now gathering supplementary medical documents from independent specialists which will demonstrate the lack of any substance to the Russian medical assessment given in January this year and the empty assurances given in attempted excuse for refusing to comply with the ECHR order.

A Russian doctor, Olga Mazurova has initiated a petition which clearly points to the requirement in Russian legislation that people who are seriously ill be released from detention.  This has been ignored in Bekirov’s case since 12 December 2018, despite entirely unequivocal medical evidence, some of which Mazurova, as a doctor, outlines.  In brief, Bekirov has grade 1 invalid status and has, since 1999, had persistent problems with arterial circulation.  It was seemingly in connection with this that in 2005 he needed to have the lower right leg amputated.  In 2018 he suffered a major heart attack and now has four cardiac shunts to regulate blood pressure, and also has diabetes, although at home in the Kherson oblast, he was able to get by taking tablets.  In the SIZO, however, the only measure they seem to recognize is insulin injections, which initially caused an allergic reaction.