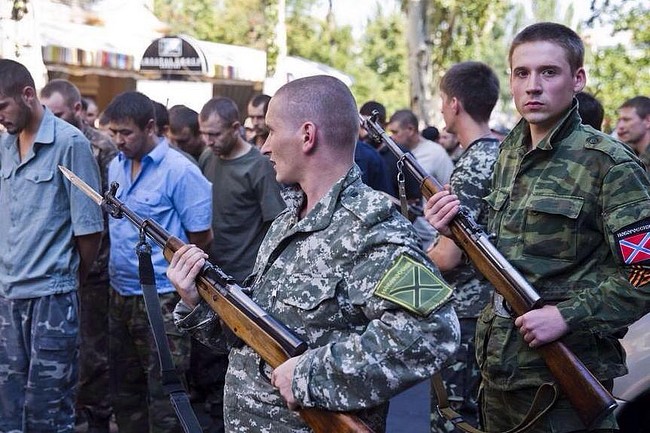 Almost seven years after Russia began its aggression against Ukraine, the Verkhovna Rada has passed, in its first reading, draft bill 2689 enabling punishment, in full accordance with international law, for war crimes and crimes against humanity., including crimes that Russia is trying to claim fall under the Minsk Accords’ commitment on an amnesty  The move is important, but seriously belated, and it is to be hoped that Ukraine’s legislators will now move more swiftly.

Denis Monastyrsky, Chair of the parliamentary committee on law enforcement activities, presented No. 2689 in the Verkhovna Rada on 17 September.  He explained that it would enable prosecution for crimes committed against prisoners of war and civilian hostages on occupied territory,  with such crimes treated as violations of international humanitarian law.  At present, the crimes are classified under separate parts of Ukraine’s Criminal Code (rape, abduction, etc.)  and are often time-barred.  Once No. 2689 is passed, international crimes will not be subject to any time bar or amnesty.

Although the bill passed comfortably (271 for, 7 against and 20 abstaining), it was clear from the comments in parliament that there could be problems later.  One sticking point appears to be the norm about the liability of a commander if he knew or could have known about a crime committed by subordinates.

The new bill covers over 50 types of war crimes and crimes against humanity, with them structured according to whom the crimes were committed against.

Former hostages and other victims of torture, abduction and other crimes, have long been calling for the failings in Ukraine’s legislation to be rectified.  They and human rights groups believe that this a debt to those tortured and killed and all the victims of such crimes.  These include, for example, Ivan Branovytsky, one of the Cyborgs defending Donetsk Airport, who was killed in cold blood after being taken prisoner.  And Horlivka deputy Volodymyr Rybak and 16-year-old schoolboy Stepan Chubenko, both of whom were savagely tortured and murdered by militants for their pro-Ukrainian position.

While the success in parliament on 17 September is a relief, optimism remains muted. Progress had appeared to be made last year on achieving the vital amendments to Ukrainian legislation with a draft bill, No. 9438 even getting through a first reading on 8 June 2019.   MPs were still not inclined to hurry, however, and new parliamentary elections took place in July 2019 without the bill having been adopted in its entirety.  That bill was reworked and re-registered in the Verkhovna Rada as No. 2689 “on amendments to some legislative acts regarding implementation of international criminal and humanitarian law’.

At a press conference on No. 2686 earlier this year, Kostyantyn Zadoya, Assistant Professor of Law at Kyiv National University, mentioned Russia’s persecution of Crimean Tatars in occupied Crimea as one of the many examples where current Ukrainian legislation has proven impotent. Persecution, he said, is a particular type of crime against humanity, and yet it is not listed in Ukraine’s Criminal Code as a crime. “Even if you find another norm and prosecute for actions which are a crime under international law as though they were an ordinary crime, this will fail to take into account the context of organized violence.”

One of the many former hostages calling for adoption of such a law is Oleksandr Hryshchenko, a veterinary surgeon from Luhansk who was taken prisoner by the militants on 14 July 2014 and held in a basement.  He was initially seized because he didn’t have his passport on him, only work ID, and because the militants looked at the photos on his camera and found photos of pro-Ukrainian demonstrations and of Euromaidan.   The militants told him that such photos were grounds for executing him on the spot, or at least shooting his legs.  Hryshchenko was himself tortured with the use of beatings, electric shocks and other torture methods, and says that people were thrown into prison and tortured at the least suspicion that the person was loyal to Ukraine or had helped the Ukrainian Armed Forces.  The militants, he said, could act on the basis of a phone denunciation regarding a person’s civic position. People would be seized without anybody having even bothered to check the report, he said.  On one occasion, two men were thrown into the dungeon and tortured merely for having crossed the road in front of a car carrying the ‘commander’ of one of the armed formations.  Three pensioners were separately caught simply because they were seen walking near a militant unit, with the militants claiming that they were directing artillery fire for the Ukrainian Armed Forces.  They too were savagely tortured.  Hryshchenko mentions that the militants set dogs on the hostages, shot at them with shock pistols and used them as punching bags.

The new bill will fill the gaps in Ukraine’s Criminal Code that have meant that, in the face of the war crimes and crimes against humanity since Russia’s invasion of Crimea and military aggression in Donbas, only one person has been convicted of a war crime in the last six years..

The delays in passing these amendments are particularly frustrating given the provision on amnesty in the Minsk Agreement(s).  If the first at least made it clear that capital offences cannot fall under an amnesty, Minsk II’ agreed at a summit on 12 February 2015, states the following: “5. Ensure pardon and amnesty by enacting the law prohibiting the prosecution and punishment of persons in connection with the events that took place in certain areas of the Donetsk and Luhansk regions of Ukraine”.  For Russia, the wider and more divisive an amnesty, the better. Adoption of the amendments in 2689 will resolve this, since war crimes and crimes against humanity cannot be time-barred or subject to any amnesty,