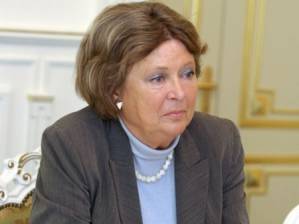 Hanne Severinsen, former Co-Repporteur of the Parliamentary Assembly of the Council of Europe (PACE) on Ukraine has told Interfax – Ukraine that strict sanctions may be applied to Ukraine for failing to fulfill its obligations.

“Perhaps we should have set tighter time scales and not accepted the kinds of apologies I accepted for so many years. You can take my old reports and change the date, and you’ll get the same report. Something has to change”.

Ms Severinsen, who now works in the Danish Committee for Human Rights, suggested that the Assembly may now take a tougher stand with Ukraine.  She said it was possible to tell the Ukrainian delegation that their right of vote was being taken away. However what is important, she continued, is that the Ukrainian government shows willingness to change legislation which has not been done for many years.

Ms Severinsen informed that Ukraine’s Justice Minister would be invited to one of the next meetings of the Monitoring Committee and asked to provide details about the facts highlighted in the Danish Helsinki Committee’s Report on prosecution of the opposition (see: Legal Monitoring in Ukraine II  which analyzes the criminal investigations and trials of former Prime Minister Yulia Tymoshenko; former Minister of Foreign Affairs, Yury Lutsenko; former Acting Defence Minister Valery Ivashchenko, and former Deputy Justice Minister Yevhen Korniychuk.

She says that reading this report, she understood not only that it was true, but that the truth was much worse.  Judges and lawyers are not independent. She stresses that “one of the most important things in democracy is separation of power, when courts are independent. From what we can see, Ukraine does not have this, "

She added that a political decision of the former government is being criminalized, and warns that if this becomes a tradition, then each government will end up in prison when their term ends.

The situation, she considers, is “very bad" for President Yanukovych, who has backed himself into a corner. “It is extremely important that he finds a way out.”
From the interview at Interfax – Ukraine