Call to boycott TV Inter over biased coverage of EuroMaidan 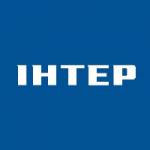 The EuroMaidan Council has called on “ordinary Ukrainians and politicians” to boycott the nationwide TV channel Inter because of the channel’s biased coverage of the EuroMaidan protests.

The statement was read out on Maidan Nezalezhnosti on Sunday.  It expresses gratitude to journalists “from different publications, from district newspapers to central TV channels for their unbiased and comprehensive coverage of the events at EuroMaidan demonstrations throughout the country”.  While sympathising honest journalists, they note with regret a sharp reduction in objectivity and freedom of speech on one of the biggest channels In Ukraine.  Inter, they say, is becoming increasingly similar to “Yanukovych and Azarov’s mouthpiece” –state-owned UTV-1.

“Over recent weeks the channel’s editorial policy has seen catastrophic change.  Without any objective reasons, the subject of EuroMaidan has disappeared from the news.  When there is coverage, it’s so distorted that it has nothing in common with the real situation.

Given certain staffing changes which preceded these trends, we are forced to conclude that this is planned and conscious policy of the president’s administration which is using Inter for the worst propaganda purposes, trying to give the impression that everything in the country is calm and that the millions of Ukrainian citizens protesting against the regime simply don’t exist.”

They call on Ukrainians to give an appropriate response to the attempts by the regime to con their own people by “voting with their remote control” and boycotting Inter.  The less viewers the channel receives, the less its influence and profits.

They ask advertisers to also not place ads on the channel, and call on the opposition and civic activists to join the boycott until the channel reinstates standards of objectivity.

They stress, however, that they treat with respect and gratitude those Inter journalists who are still trying to bring their viewers the truth.

In the last issue of 2013, Yulia Mostova, Editor of Dzerkalo Tyzhnya wrote that Viktor Yanukovych had accused the owners of central TV channels of treachery since their channels were providing objective coverage of EuroMaidan.  She cited the newspaper’s sources as saying that the channels have been passed into the strict control of a team formed by the president and his elder son. This includes Yury Chmyr who has been made a deputy head of the president’s administration with responsibility for working with other bodies of power and the media.

Telekritika has already reported several staffing changes in Inter, including the removal of the political talk show Shuster Live.

Mainly from a report at Telekritika