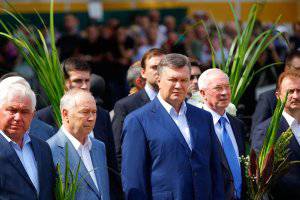 The law is one of the anti-corruption draft bills considered on Tuesday but warrants special attention given the major change it brings to Ukrainian legislation and the compelling grounds for taking the step.  Law №4448а introduces amendments to the Criminal and Criminal Procedure Codes making trial of a person who is in hiding possible in cases where the alleged crimes involve threats to national security, public order, or corruption.  Ex-President Viktor Yanukovych and his close associates, including the former prosecutor general Viktor Pshonka and interior minister Vitaly Zakharchenko are in hiding in Russia.  There is no chance of any of them being extradited to Ukraine to face charges related to the gunning down of peaceful protesters on 18-20 February 2014 or major corruption. In fact, according to recent information both Yanukovych and his prime minister Mykola Azarov were recently granted Russian citizenship in a secret presidential decree.

This impasse was noted by Transparency International in its call on the Ukrainian government to support the anti-corruption legislation.  Without the legislative innovation there was also no way of retrieving the vast wealth effectively stashed away abroad.

Dzerkalo Tyhznya reports that there were several unsuccessful votes, however the law finally gained 253 votes and was passed in its second reading and as a whole.

The law enables special criminal procedures to be applied if a person is in hiding and cannot be brought back to face charges, with these also enabling confiscation of property.

On Sept 25 President Petro Poroshenko stated that he had always been against trial in absentia, however the present situation where those believed to be behind the carnage in February are in hiding had prompted him to make an exception.

The situation is not entirely straightforward.  The bill is currently intended to break an impasse in a situation where, outside the Kremlin, few would suggest that criminal proceedings are not warranted.  Ukraine’s judicial system remains both corrupt and seriously influenced by politicians.  Just a year ago, under Yanukovych, the suggestion that people could be tried and convicted in their absence would have been met with outrage, and with cause.