"Decommunization" Laws: Deeply Divisive and Destined for StrasbourgAnalysis of the Law on Prohibiting Communist SymbolsParliament ignores public opinion on Ukraine’s history. Will the President?Politicizing History: Parliament adopts Dangerously Divisive LawsPhantoms are phantomsFighting phantomsNo dossier on ShukhevychWorking to reveal the truth about OUN and UPAMore information from SBU archivesSBU is planning to tell the truth about Soviet efforts at discrediting the UPAPresident called on to help lift the seal on KGB archivesOn the 65th anniversary of UPA the arguments still rageFirst joint memorial unveiled for Soviet soldiers and fighters of OUN-UPACommunist party ban will be slammed in Strasbourg, along with original decommunization lawUkraine’s Communist Party OutlawedUkraine’s Decommunisation Law hammered by Venice Commission for violating democratic standards5 years for a red flag? Controversial decommunization law used against Ukrainian veterans’Decommunization’ in Ukraine Carried Out Using Communist MethodsUkrainian student sentenced for ‘propaganda of communism’ on FacebookDivisive & Ill-Timed Renaming of Kyiv Street after Controversial Nationalist Leader
• Topics / Freedom of expression 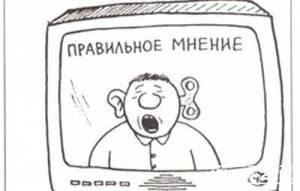 President Poroshenko has signed highly contentious laws one of which effectively criminalizes public expression of views held by many Ukrainians.  The assurance given that a bill will be tabled to rectify some of the problems appears to refer to only one of the laws and begs the question of why faulty laws should be signed into law before being corrected

Given the time normally needed for applications to the European Court of Human Rights, Petro Poroshenko will have ceased to be Ukraine’s President when the first judgements against Ukraine over the so-called ‘decommunization laws’ are passed.  He has, however, already seen the often acrimonious debate launched over these laws, with their critics viewed as anything from justifying communism to ‘Ukrainophobe’.  He is probably already aware of the number of reports in the western media, as well as an open letter from 63 academics, slamming Ukraine for a move away from democratic pluralism.

For one of the laws’ critics, who has every reason to hate communist totalitarianism as much as Nazism, Poroshenko’s signing of such divisive and flawed laws is profoundly frustrating.

The message on the President’s website demonstrates that Poroshenko’s Administration are aware of the problems, however the reaction cannot be considered adequate.  We are told only that:

“The documents ban Soviet symbolism, condemn the communist regime, open up the archives of Soviet security services and recognize fighters for Ukraine’s independence, UPA and other organizations….

Signing the above laws, the Head of State indicated that in the near future a draft bill will be tabled in the Verkhovna Rada aimed at improving the norms on liability for violation of the Law on the Status of Fighters for Ukraine’s Independence in the XX Century.  The draft bill initiated by the President proposes to remove clashes which could be used to misuse norms of legislation, for violation of human rights and civil liberties, for example as regards freedom of academic research and international cooperation and dialogue”.

The first question is why the President has brought into force flawed legislation, rather than insisting on removal of the problems before signing.

The second is the scope of the President’s draft bill proposing changes.  The message on the website mentions only one law, whereas the criticism and likely threats to human rights and healthy democratic debate do not concern this law alone.

There is indeed major concern over the Law "On the Legal Status and Honouring of Fighters for Ukraine’s Independence in the Twentieth Century" and its Article 6, which states that:

“Ukrainian nationals, foreigners and stateless persons who publicly express disrespect for those stipulated in Article 1 of this law … bear liability in accordance with current Ukrainian legislation. 2.  Public denial of the legitimacy of the struggle for Ukraine’s independence in the XX century is deemed desecration of the memory of fighters for Ukraine’s independence in the XX century, denigration of the dignity of the Ukrainian people and is unlawful.”

Since there is no definition of the vague terms “disrespect” or “desecration”, it remains fundamentally unclear what is “unlawful”.  This lack of clarity and foreseeability will almost certainly result in most media preferring not to publish critical voices – just in case, and many authors preferring self-censorship for the same reason.  All of this is depressingly familiar.

The President speaks only of refining the norms on liability, and only about this law. Are we to understand by this that the question of liability is not to be reviewed in the Law “On Condemning the Communist and National Socialist (Nazi) Totalitarian Regimes and Prohibiting Propaganda of their Symbols” ?

This is particularly disturbing because of the proposed sentences of up to 5 years imprisonment for circulation or public use of, for example, a hammer and sickle or for material in print or in the media which denies the overall criminal nature of the entire Soviet period from 1917 to 1991.  It is not clear what “the criminal nature” means, nor what is to be done about the serious number of Ukrainians and both Ukrainian and foreign historians who do not share such a blanket condemnation of the entire Soviet period.  Clearly the current head of the Institute for National Remembrance and co-author of the ‘decommunization’ laws Volodymyr Viatrovych and a fairly small majority of MPs believe that they should share it, but the assumption that people must be made to express certain views and keep others to themselves is dangerously reminiscent of the Soviet era.  It is better – and not so very difficult -  to convince people, rather than threaten them with imprisonment for expressing the wrong views.

This is a tragic and complex aspect of Ukraine’s history, one which require mutual attempts to understand and respect others’ decisions.  Instead we have criminalization of certain points of view, with serious periods of imprisonment, and restrictions even on academic freedom to the extent that no material may deny “the criminal nature” of the entire period from 1917 – 1991.  Other concerns are expressed here, and in the texts below.

It is especially galling that the laws have been passed despite European Court of Human Rights case-law (for example) or at least one Venice Commission opinion which give Ukraine’s leaders total clarity as to the negative judgements to be expected from the Court in Strasbourg.

Hanna Hopko, one of the MPs supporting the bills recently asked why the laws’ critics are not up in arms about the ban on Nazi parties.  There are various answers to this, including the legal clarity with respect to Nazism provided by the Nuremberg Tribunal which was unfortunately never the case with crimes of the Soviet regime. There are other reasons, however, as well, with some lying in the ongoing conflict of narratives in Ukraine with respect to its recent history.  Those who see UPA fighters as heroes, fighting for Ukraine’s independence, are seldom tolerant of historians who point to the Volyn Massacre of entire Polish villages, perpetrated by at least some UPA fighters in 1943, initial collaboration with the Nazis, etc.   There are others who appear to notice only the darker moments and are equally intolerant of those who view UPA positively.  This conflict and the relative lack of common ground among historians from different countries have made it very easy for Russia to perpetuate its stereotypes about UPA and Stepan Bandera and use this in warmongering propaganda about a “fascist junta” in Kyiv, etc.

The Kremlin’s repeated refrain about a ’fascist junta in Ukraine’, Moscow’s increasing attempts to justify Stalin and the undoubtedly heinous crimes of the Soviet period have been propped up in Russia with laws that among other things fight against so-called “falsification of history” and alleged attempts to “reinstate fascism”.

It is therefore unnerving that the otherwise uncontentious Law ‘On remembering the victory over Nazism in the Second World War’ in its Article 3 prohibits “falsification of the history of the Second World War 1939-1945 in academic studies, teaching and methodological literature, textbooks, the media, public addresses by representatives of the authorities, bodies of local self-government and officials”.

Who is to decide what the “correct” presentation of the history of that period is, and what constitutes “falsification”?  The question is frighteningly rhetorical, and, when legislated upon by politicians, even more dangerously variable.

DISCLAIMER   Any criticism of the views expressed above, accusations of being pro-communist, pro-Russian, a traitor or Ukrainophobe should be addressed solely at the author. (All such criticism is, also, just for the record, unwarranted)