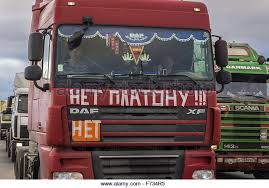 The parliamentary committee on civic organizations has recommended that the State Duma combine all readings and adopt a draft bill very obviously aimed at crushing the lorry drivers’ protests underway throughout the country.  The bill likes vehicle processions to demonstrations, and tent camps to pickets.  Under the current regime, only single-person pickets can be held without obtaining ‘authorization’ which, in breach of Russia’s Constitution, is more often than not refused.  Where it is granted, demonstrators are forced to gather some way far from the centre of the relevant city, defeating the main purpose of such methods of peaceful civil protest.

Vedomosti writes that the speed seen in pushing through this latest legislative move is not typical and indicates the urgency of the issue for those in power.  The amendments proposed to the law on demonstrations were drawn up by the Interior Ministry and tabled in parliament at the end of September, and approved by the parliamentary committee on Nov 30.

If passed, and there seems little likelihood that it won’t be, a demonstration will be deemed to be “an organized public expression of public sentiments by a group of citizens with the use while moving, including by vehicle, of placards, banners and other visual forms of campaigning”.   Tent cities in public places will be equated with pickets.

The fines which can be imposed for such supposed ‘administrative offences’ are steep – up to 300 thousand roubles for individuals, and up to 1 million for legal entities.

It should also be noted that another anti-demonstration law, signed by President Vladimir Putin into force in July 2014, not only steeply increased fines and made it possible to imprison somebody for 30 days under the Code of Administrative Offences, but also added a new Article (212.1) to the Criminal Code.  This allows for criminal prosecution if a court has handed down a third administrative offence within 180 days.  Detention and administrative protocols are fairly standard these days,   and it thus not difficult for a person to end up facing prosecution carrying a possible 5-year prison sentence.

The new measures now proposed are purportedly required since vehicle processions can turn into ‘mass disturbances’, the bill’s author’s claim.

Yaroslav Nilov, a representative of Vladimir Zhirinovsky’s party on the committee, asserted that he would not vote for the bill, while denying that it had anything to do with the trucker protests.  They do not use any symbols, he said, with this seemingly a requirement to turn a procession into a ‘demonstration’.

In fact, many of the trucks taking part in the protest have slogans, etc. painted on the fronts of the vehicles, and it seems very unlikely that they would not be targeted.

Vedomosti spoke with a ruling United Russia MP, Viacheslav Lysakov who said that he had even taken part in such events in the past.  The situation now, he asserted, has changed.  “Political and anti-government demands could be put forward”.  This was not about bans, he claimed, but about “agreeing” actions involving tent cities “which is where Maidan began in Ukraine”.

Lysakov is disingenuous, since most demonstrations that are not in support of the government are allowed.

The truckers are planning a march on Moscow in protest over the introduction of a new road toll system for heavy goods vehicles called Platon.  At present it seems to be the police who are trying to prevent them from reaching Moscow from all parts of the country.  The drivers say that the new toll is crippling.