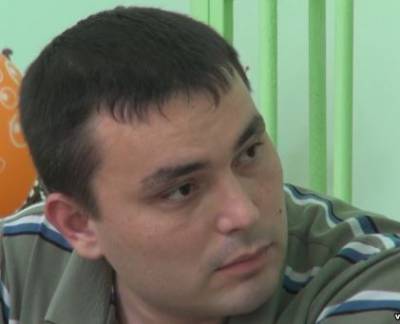 The good news is that a court in Tver on August 11 found Russian Tatar Shamil Kazakov not guilty of ‘inciting hatred against the police as a social group’.  This is a major thing, since Kazakov was already in detention and faced a serious prison sentence if convicted.  There is nothing else positive to report since Kazakov was convicted of the other charge and sentenced to 10 months’ corrective work.  He will not need to serve this, but only because he has already spent a considerable time under house arrest, as well as a few weeks (since July 22) in detention.

Kazakov was found guilty of insulting a representative of the authorities which he certainly did.  His highly unflattering remarks were, however, undoubtedly deserved, and the reason for them was not challenged at all.

Shamil Kazakov was rejected for the Russian police service because he is a Tatar and Muslim.  After making a video which included a taped conversation confirming such unconstitutional racism, he has ended up in custody and is facing a prison sentence for allegedly “inciting hatred’ towards the police.

Back in 2015 Kazakov was rejected for the Russian police service because he is a Tatar and Muslim.  After making a video which included a taped conversation confirming such unconstitutional racism, he ended up being prosecuted himself for allegedly insulting and “inciting hatred’ towards the police.

Kazakov was not formally rejected for the police force because of his ethnic background or religion.  Nor was he officially charged over the video which effectively proved that those were the motives.  It was however, notable that the restraint measure against him was changed from house arrest to remand in custody after the video he made appeared on YouTube.  He himself had deleted it after 24 hours, however it re-emerged and can be watched here.

The 32-year-old from Tver had always dreamed of becoming a police officer. He graduated in law with all honours and began looking for a job in the police force.  After long receiving no response to his application, he taped a conversation with a police officer who told him that there was an unwritten decision to not employ “Chechens, Dagestani, Tatars, and Muslims”.

Kazakov had initially been rejected on the grounds that he was not permanently registered in Tver.  His parents bought a flat, enabling him to receive such registration and he applied a second time.  He had been positively assessed at all relevant stages, yet was rejected without explanation, and without an official letter.  He therefore turned up at the police personnel department where he spoke with the head Yevgeny Smorodov.  The latter obviously didn’t realize that he was being recorded and openly admitted that the Tver police now had a policy of not employing “people from the Caucasus, and so forth, Chechens and Dagestanis, and so forth”.

Kazakov reacted with bitter anger, producing a video clip entitled ‘Tale of how a Tatar tried to get into the police force’.  The video was opened 25 thousand times during the first 24 hours, and Kazakov became alarmed and deleted it.

It was after the video that he found himself charged with “insulting representatives of the authorities’ and, most incredibly, ‘calls to extremist activities aimed at inciting hatred to members of a social group, namely “employees of the law enforcement bodies”.

Sidorkina noted that the same investigator was involved in this case as in that of another of her clients, 41-year-old Andrei Bubeev.  The latter recently lost his appeal against a prison sentence of over 2 years for reposting two pieces of material – an article entitled “Crimea is Ukraine” and a cartoon toothpaste tube with the caption “Squeeze Russia out of yourself” on a social network page.

Both cases demonstrate typical abuse of Russia’s sanctions against so-called ‘extremism’.  Bubeev was convicted of ‘public calls to action aimed at violating Russia’s territorial integrity’ over the article on Crimea.

Kazakov was accused of inciting hatred against the police, with these wrongly described as a ‘social group’.  Sidorkina was adamant from the outset that there could be no grounds for the charges under Article 282 of the criminal code (‘incitement’) since the police quite simply do not constitute a ‘social group’.

His mother asks how he can have ‘incited hatred’ to the police if he had himself tried to get a job in the police force.  He had, she says, been told he was the “wrong nationality” and was outraged at such an overt breach of his constitutional rights.  It was against that breach that he was fighting, she stressed.

The charges are especially absurd as Kazaov was criticizing one specific police head Anatoly Teslenkov.  He was undoubtedly strong in his language, calling him “an extremist, a Nazi, chauvinist, crook and criminal in uniform, as well as a “bald dwarf with a Bonaparte complex”.  He did, however, explain clearly that the criticism is linked with Teslenkov’s unwritten instruction not to employ people from the Caucasus, Chechens, Dagestanis, Tatars and Muslims” and the fact that after such a directive, he is still holding his post.

The only ‘investigation’ that has been carried out was against Kazakov.  A supposed ‘expert assessment’ from Valery Volkov, a Russian Language Professor at the Tver University found Kazakov’s words to have been ‘extremist’.  This was disputed by a highly experienced linguist Yelizaveta Koltunova, who found flagrant methodological, logical and factual flaws in the assessment, placing Volkov’s competence in question. Typically, the court on August 2 refused to add this independent assessment to the case material.

It is cheering that Judge Mikhail Bobrov did acquit Kazakov of the ‘incitement’ charge, however the message from this prosecution remains disturbing, as does the fact that the prosecutor had demanded a 2-year sentence.

Nobody has been held to answer over the directive itself.  Smorodov’s dismissal from his post was clearly linked with his openness about the Tver police’s unconstitutional discrimination on ethnic and religious grounds.  Instead of receiving compensation or at least an apology for the discrimination, Kazakov was instead deprived of his liberty and tried on absurd charges.

Not unsurprisingly, Kazakov has lost any wish to work for the Russian law enforcement bodies.