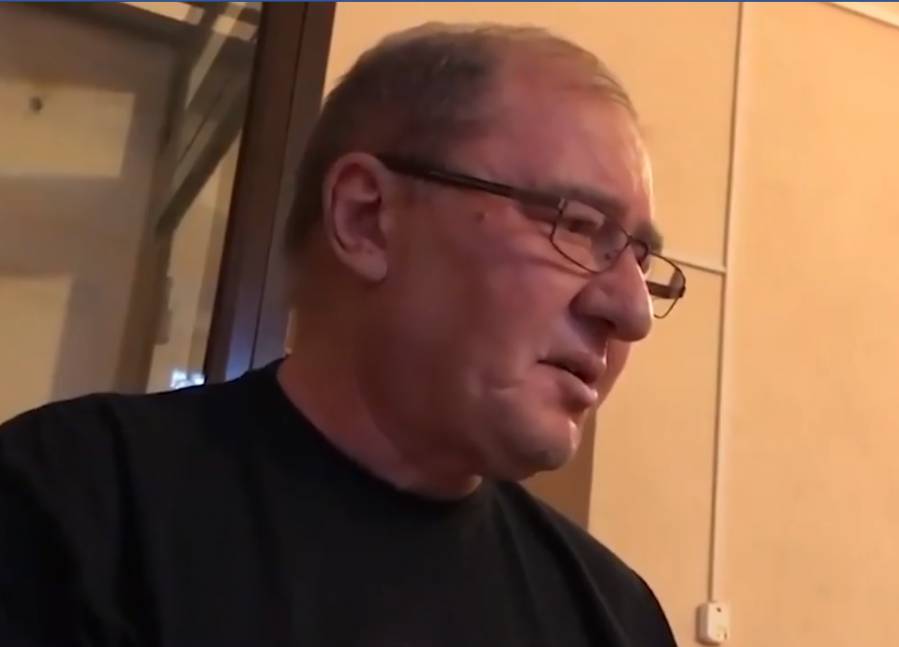 The ‘incriminating’ word used to convict Ilmi Umerov of so-called ‘public calls to violate Russia’s territorial integrity’ has been omitted from the sentence passed on the 60-year-old Crimean Tatar leader.  Correctly omitted, since he did not say it, however the omission makes the political nature of his two-year prison sentence even more glaringly obvious.   So too does ‘judge’ Andrei Kulishov’s dismissal of the testimony given by the first translator whose correct rendition of Umerov’s interview was quietly discarded by the FSB.  That was rejected as “of no significance”, while the testimony of defence witnesses who confirmed the lack of any ‘public calls to violate Russia’s territorial integrity” was labelled “subjective” and ignored.

Kulishov thus totally dismissed the testimony of people who know Crimean Tatar and gave evidence based on what they heard, preferring the prosecution’s use of a faulty translation and an FSB ‘linguist’ who found the ‘public call’ in a modal verb which Umerov did not, in fact, use.  With the entire ‘case’ having hinged on this modal verb, its omission in the verdict seems breathtakingly cynical.

Umerov has never concealed his opposition to Russia’s annexation of Crimea and commitment to internationally agreed borders, according to which Crimea is part of Ukraine.  Since his position is that taken by the UN and all democratic countries, the Russian FSB needed to come up with something more to justify its claim of ‘public calls to action aimed at violating Russia’s territorial integrity’. The use of this new Article 280.1 of the Russian criminal code, introduced shortly after Russia’s invasion and annexation of Crimea, is in itself grotesque since Russia is illegally occupying Crimea.

This, however, was not all, since the FSB ‘investigators’ took an interview given on March 19, 2016 in Crimean Tatar and commissioned a translation.  When the first translation by Gulnara Chantalova proved too accurate, the FSB found a certain individual, identified only as Saledinov, who provided an extraordinarily sloppy ‘translation’ with a word inserted that Umerov had not used.

This ‘translation’ was then passed to a ‘linguist’ working for the FSB – Olga Nikolaevna Ivanova.  Her assessment assiduously avoids mentioning the crucial fact that it was not based on a transcript, but on a translation from a language that she does not know.

There is no possibility that the ‘judge’ was unaware of this, since the defence forced Saledinov in court to acknowledge that Umerov had not used the word.  He tried to claim that it could be used or not.   This would be untrue under any circumstances, but with the indictment clearly using this term, and Ivanova claiming that the use of the modal verb (“it is necessary to”) is evidence of the alleged ‘public call’, the point was critical.

Umerov in fact said the following with respect to international sanctions:

The indictment claims, however, that Umerov twice said “it’s necessary to force Russia to leave Crimea, Donbas and Luhansk”.

The charges are surreal whatever his words, but it is nonetheless of major significance that they are knowingly based on a falsified translation.

It is unclear why Kulishov preferred to omit the non-existent word in his verdict, since the omission cannot hide the fact that his guilty verdict and the two-year sentence are an appalling travesty of justice.

It is no accident that Umerov’s sentence, together with those of Crimean Tatar Mejlis Chair Akhtem Chiygoz and journalist Mykola Semena, come in for particular mention in the latest European Parliament Resolution on Crimea, which calls for sanctions against all those implicated in the political trials.  As well as Andrei Kulishov, this should include the ‘investigator’ Igor Skripka, Olga Ivanova, and ‘prosecutor’ Yelena Artemenko, though this is by no means a comprehensive list.

Umerov’s lawyers have already formally appealed against the two-year sentence and ban on any public speaking, etc.   There have been messages of condemnation of the sentence from the EU, US and other countries, but pressure should be stepped up now.  Ilmi Umerov suffers from a heart condition, Parkinson’s Disease and a number of other serious illnesses.  Any term of imprisonment could quite literally turn into a death sentence.