Killing of Kremlin whistle-blower Voronenkov removes vital witness for UkraineRussia now says it lied about Yanukovych letter used as pretext to send troops to UkraineYanukovych ‘doesn’t remember’ the bloodiest day of Maidan killingsPolitical PR & sabotage instead of real investigation on eve of 2nd Maidan anniversaryUkraine’s only trial over Maidan killings under threatPolice & judges accused of impeding prosecution of crimes against Euromaidan activistsAnother person charged with Euromaidan crimes allowed to escape?Ex-Security Service chief in custody over Euromaidan killingsSo who doesn’t want justice for Euromaidan victims?High-ranking Berkut officer charged over Euromaidan killingsEuromaidan: A Year of Impunity and what went wrongEx-Berkut officer on trial over AutoMaidan ambushEx-Berkut officers arrested on suspicion of involvement in Maidan killingsWhere are 13 mysterious Berkut sniper suspects?Who (hasn’t) answered for crimes against Maidan?Maidan killings suspect missing after being released from custodyTwelve detained on suspicion of involvement in the gunning down of Maidan protesters (updated)Blood and Berkut Sniper Bullets on the President’s HandsMustafa Dzhemiliev on Maidan: I’m proud of you, dear fellow UkrainiansBerkut snipers aimed at protesters
• Topics / Politics and human rights 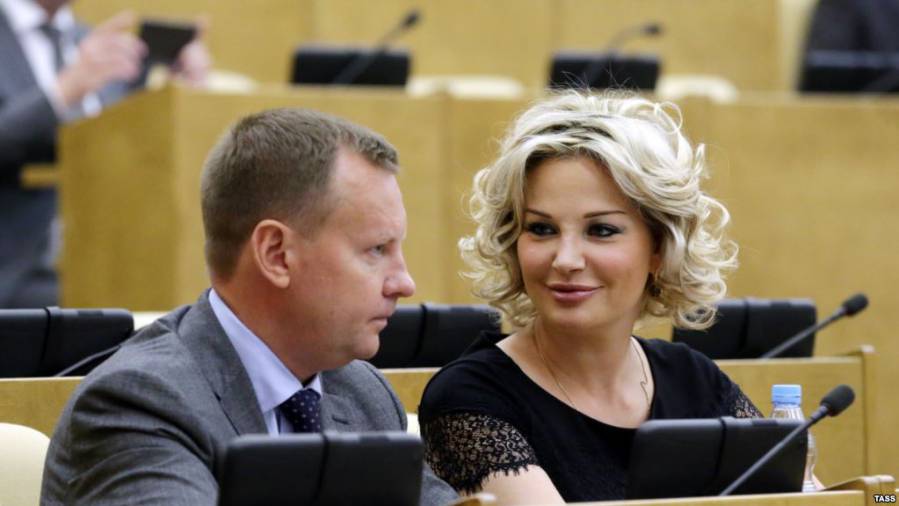 Ukraine’s top prosecutor has claimed that the killing of a former Russian lawmaker who was shot dead in Kyiv in March was ordered by a former partner of the victim’s wife, and suggested that the Russian Federal Security Service (FSB) was behind it.

Prosecutor-General Yuriy Lutsenko’s October 9 announcement was billed as a breakthrough in the probe into the killing of Denis Voronenkov, a former State Duma deputy who defected to Ukraine and became a critic of Russian President Vladimir Putin.

Voronenkov was gunned down in broad daylight in central Kyiv on March 23. The alleged gunman in the contract-style killing, Crimean-born Ukrainian national Pavlo Parshov, died in the hospital after being shot by Voronenkov’s wounded bodyguard.

In the new statement, Lutsenko said Ukrainian investigators had discovered that the slaying was ordered by Vladimir Tyurin, a Russian he described as a "criminal kingpin...who is under FSB control."

Lutsenko asserted that Tyurin also had "personal reasons" to kill Voronenkov, who he said "used to be the common-law husband of Maria Maksakova, who later became Voronenkov’s wife."

He said Ukraine would seek Tyurin’s extradition from Russia.

Tyurin denies involvement and dismissed the claim as "nonsense," according to a former lawyer for the Russian.

Voronenkov’s killing "is the doing of Ukrainian nationalists, who hoped that the Ukrainian authorities would then use it for a new accusation against Russia," the Interfax news agency quoted lawyer Sergei Belyak as saying.

Tyurin "has no connection to this crime," he said.

Denis Voronenkov and his wife Maria Maksakova in 2016. (file photo)

Maksakova, an opera singer who is also a former Russian lawmker, could not immediately be reached for comment.

Voronenko’s killing was one of a series of politically charged shootings, car bomb blasts, and other attacks carried out in Kyiv in the past 15 months.

None of the cases has been solved and nobody has been convicted, but Ukrainiain authorities in many cases see the Russian security and intelligence services as the main suspects.

On the day of Voronenkov’s killing, Ukrainian President Petro Poroshenko called it "an act of state terrorism by Russia."

Tensions between Russia and Ukraine are extremely high due to Russia’s seizure of the Crimean Peninsula and its role in a war that has killed more than 10,000 people in eastern Ukraine since April 2014.