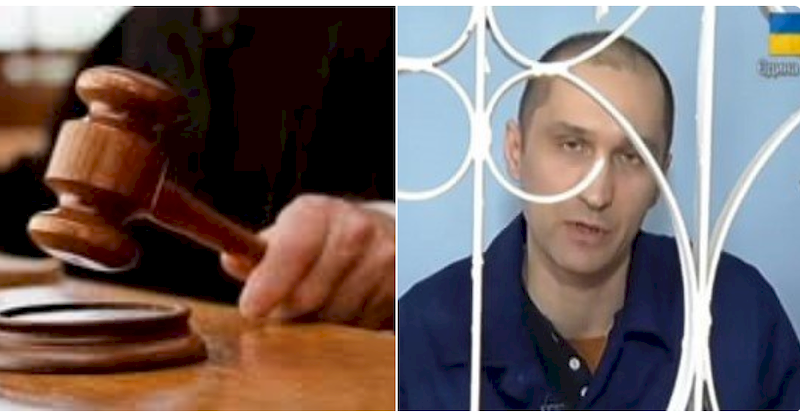 A life sentence in Ukraine really does mean dying in prison.  Tragically, it does not necessarily mean that you committed any crime at all, or, if you did, that it was one that warranted such a harsh sentence.  In a country, where trust in the judicial system and law enforcement bodies is deservedly low, it remains next to impossible to get miscarriages of justice rectified.

One such case is due to be heard on March 6, 2018, after new circumstances came to light undermining the prosecution’s case against Arseny Prokofyev and indicating that the deaths he caused were in self-defence.  The term ‘new circumstances’ is used loosely, since they came to light in 2013, and met with considerable resistance.  Nobody likes to admit a mistake, and this case is different from some especially glaring miscarriages.  Not different enough, however, to warrant life until death behind bars, especially when the new circumstances highlight the fact that circumstances known at the time were not taken into consideration.

In 1999, Arseny Pokrovyev and his friend Boris Morozov had been burgling flats in Odesa, but had decided to hide out in Prokofyev’s native village in the Khmelnytsky oblast since they knew the police to be after them.  They would occasionally go to Khmelnytsky, the nearest place from which they could phone friends in Odesa to find out if it was safe to return.

It was in the ‘Ideal’ bar in Khmelnytsky that the tragedy happened which led to Prokofyev’s imprisonment.

He has always asserted that there had been a conflict with three waiters who took him into a room and began beating and kicking him.  Prokofyev  had an unregistered pistol on him, and while lying on the ground, he shot randomly from it five times.  Two of the men died and the third was injured.

The prosecution claimed, and the judge accepted, that this was deliberate murder for a mercenary motive.  Prokofyev was sentenced to life imprisonment.

This ignored the significant bodily injuries which only Prokofyev had sustained, and an expert assessment that found no evidence of any of the gunshots having been directly at a particular person.

If, at the time, it was Prokofyev’s word against the surviving waiter’s about what had actually happened, this changed in 2013.  Boris Morozov had disappeared, and had then served a five-year sentence for robbery, being freed only in 2005.

Morozov has, however, given his testimony which casts a different light on the events, one that corresponds with the evidence about the gunshots and Prokofyev’s injuries.

He explains that he and Prokofyev had long been ready to leave the café, and had asked for the bill several times.  The waiters were also celebrating the wedding of one of their colleagues and were obviously in no hurry to do their work.  Morozov had finally got annoyed, and said that if they didn’t bring the bill, they would walk out without paying.

He doesn’t understand whether they got the two men mixed up, but they suddenly demanded that Prokofyev follow them into a room.  He was away for so long that Morozov got worried and went to see what was going on.  He opened the door, saw his friend on the ground being kicked and beaten by the three men, and then heard gunshots.  He says that the gunshots ricocheted, and in fact one hit him, causing an injury.

Prokofyev has always denied having ever tried to kill anybody, and Morozov’s testimony confirms that he had been defending himself.

His lawyer Olena Panchenko is clear that her client should have been charged with excessive measures of self-defence.  Even without Morozov’s testimony, there is no evidence of intent to kill and every indication that this was manslaughter, albeit aggravated by the fact that Prokofyev used a firearm.

Back in 2015, Oleh Shynkarenko, who writes for the Ukrainian Helsinki Human Rights Union, explained the mechanisms by which Ukraine’s law enforcement bodies try to avoid reacting to evidence of a miscarriage of justice.  There are clearly new circumstances which entitle Prokofyev to a new investigation.  Instead, however, the Prosecutor General’s Office sent the application to the prosecutor’s office in the Odesa oblast, telling them to ask for a review.  The latter quite rightly explained that this was a request that only the Prosecutor General can make.  All of this dragged the situation out for two years, before the Odesa Oblast Prosecutor issued a ruling refusing the application for a judicial review.   This was not something he was entitled to do, so the process of fighting for the review continued.

It is now 2018, and a court hearing on March 6 is due to hear the surviving waiter.  The latter may well not want to admit he lied before, but the testimony given by both Prokofyev and Morozov is substantiated by the evidence.

However brutally Prokofyev was being beaten up in a situation of one against three, he should not have used a gun, and he did undoubtedly cause the death of two men.  The circumstances do make it clear that this was not deliberate murder and he has already been in prison for 17 years – at least seven years longer than the maximum he might expect for manslaughter in this case.