Ukrainian judge persecuted, physically attacked & prevented from joining Anti-Corruption Court after exposing corruptionUkraine’s Supreme Court rules against whistle-blower judge persecuted for exposing corruptionUkraine finally stops persecuting whistle-blower judge, and rules against corruptionCouncil of Europe collaborates with Russian agency persecuting Crimean Tatar and other Ukrainian political prisoners New bill on the Security Service is in breach of Ukraine's Constitution and human rights standards What is next?The main threat is in ourselvesA brief description of the KHPG strategic litigations in the first half of 2021Judicial reform in Ukraine is “doomed” if current bill gets passed – Venice Commission June 3 Letter to the Members of the Verkhovna Rada of UkraineThe Bill on SBU is unacceptable, it should be buried Prominent Russian human rights lawyer arrested for doing his job Zelensky's reform risks dissolving notorious court but leaving judicial corruption intactSo what will “New SBU” be?What is wrong with the bill on SBU?Zelensky gives top post to official involved in storming of Maidan 2020: There was no worse year in the realm of human rights after the Revolution of DignityA brief description of the KHPG strategic litigations in July–December 2020Savagely beaten Maidan activist Tetyana Chornovol formally charged with a non-existent murderPost-Maidan Tale of Impunity
• Topics / Social and economic rights 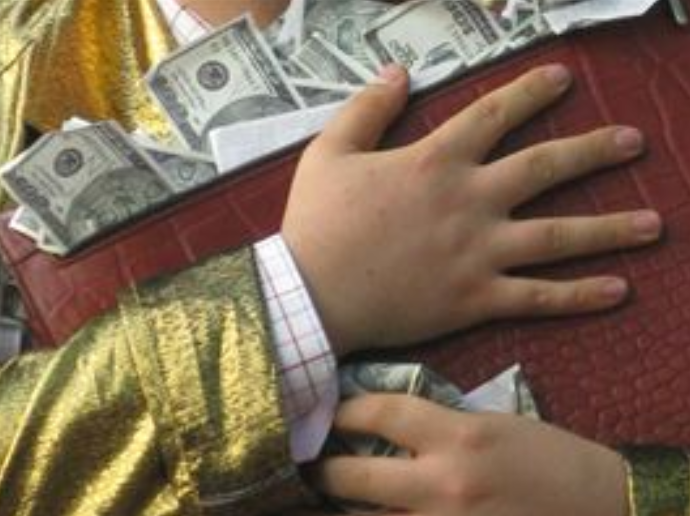 Anti-corruption NGOs have scrutinized the candidates seeking to become judges of the new High Anti-Corruption Court [HACC]  and warn of serious doubts about a whopping 55 of the 113 candidates.  Some of the candidates have been involved in politically-motivated court cases, while the source of a number of candidates’ property or wealth is in question.  It has taken years to overcome MPs’ resistance to the creation of a court aimed at fighting high-level corruption.  It is imperative, the NGOs stress, that HACC is not now compromised and rendered ineffectual by the appointment of malleable judges or people whose own integrity is in doubt.

Law No. 7440 on the High Anti-Corruption Court of Ukraine was finally adopted on 7 June 2018, and is due to begin functioning in the first quarter of 2019.  Before this can happen, a minimum of 35 judges must be appointed, with this figure including 10 judges from the Chamber of Appeals.

The National Anti-Corruption Bureau [NABU] and other bodies responsible for investigating and prosecuting those suspecting of corruption have run up against many problems, not least, difficulties in getting such cases adequately reviewed by ordinary courts.  The provisions for a specialized anti-corruption court include ensuring security for judges and their families.   HACC will be dealing with cases where officials are suspected of abuse of power, improper advantage, embezzlement or other forms of unlawful enrichment and also making false declarations.  Officials have long been required to fill out income declarations, but there was no way of penalizing them for incomplete or false information.

There has been controversy at each stage of the proceedings, including over the appointment of a team of six international experts.  The 113 candidates currently seeking a post are people who passed a written text and were added to the list by the High Qualification Commission of Judges.  It is the latter who will ultimately choose the successful candidates, however the team of international experts now has until 27 January 2019 to scrutinize all information about the candidates.  They can veto candidates whom they have doubts about, but only if there is agreement from three of the six International experts.

It is doubtless for this reason that the Anti-Corruption Action Centre; the DEJURE Foundation; Transparency International Ukraine and Automaidan have carried out their own assessment which they made public on 9 January.

They probed information about the income, business and political connections both of the candidates themselves, and of their relatives, as well as evidence of politically motivated, or otherwise questionable, court rulings.

The results are seriously disturbing, with 55 candidates eliciting concern for at least one of the following reasons.

politically-motivated rulings, for example, against Maidan activists, or in reinstating other judges dismissed for such a rule;

apparently discrepancies between the candidate’s income and his or her assets; indication of tax evasion or of concealing income;

likely concealment of valuable property, including pretending it belongs to relatives, despite doubts that the latter would be in a position to buy it;

more than three occasions where the judges have apparently passed court rulings while in fact being on training courses or on holiday;

infringing the rights of journalists at court hearings;

Some of the judges seeking appointment have come in for unfavourable mention before on this site. They include Yuri Burbela, currently judge at the Kyiv-Svyatoshynsk District Court in the Kyiv Oblast who, in January 2014, convicted three men of plotting to blow up a Lenin monument which had already been removed, in the so-called ‘Vasilkiv Terrorist’ case (details here).  The men were all released as political prisoners after the end of the Revolution of Dignity, and the conviction quashed by the Kyiv Court of Appeal.

It was not only Burbela’s ruling that aroused concern, but the fact that he had prohibited journalists from filming the proceedings, and then passed a decision to hold the hearings behind closed doors.

In Burbela’s case, there are also concerns about honesty in filling out declarations, including failure to mention a flat that he owns in Simferopol (occupied Crimea).

A number of judges are identified as having passed wrongful rulings against Maidan activists.  Oksana Holub, from the Shevchenkivsky District Court in Kyiv, was one of the judges who stripped Automaidan activists of their licences, yet did not mention this when filling out a Declaration of Integrity for 2016.  Other court rulings also arouse concern, together with some income declaration irregularities.

The list of such judges is long, as it was with respect to candidates for the post of Supreme Court judge early in 2018.  Negative opinions, including the role played by Stanislav Holubytsky in sentencing Volodymyr Panasenko to life imprisonment despite the absence of any credible evidence, did not prevent Holubytsky’s appointment.  Panasenko remains in prison despite nobody having ever believed him to be guilty.

If some excuse or other can be found for ignoring questionable rulings, it would be hard to imagine credible grounds for ignoring declaration irregularities.  Anatoly Zahorodniy, former judge of the High Administrative Court, for example, declared possession of half of the area of the large property he owns with his wife, without declaring her property (i.e. the other half!).  The NGOs mention other grounds for suspecting that he has given false information on his declaration, and also note the very expensive flat that his son owns.  If, as seems likely, this was given to him by his father, the amount needed was quite incommensurate with the income Zahorodniy declared for the year in question.

The relevance of all such information cannot be over-stated, given the appointments the candidates are seeking. HACC judges will be called upon to help eradicate impunity in concealing ill-gotten gains through false information on income declarations and other forms of high-level corruption.  Being implicated in precisely such shenanigans is hardly a selling point. .