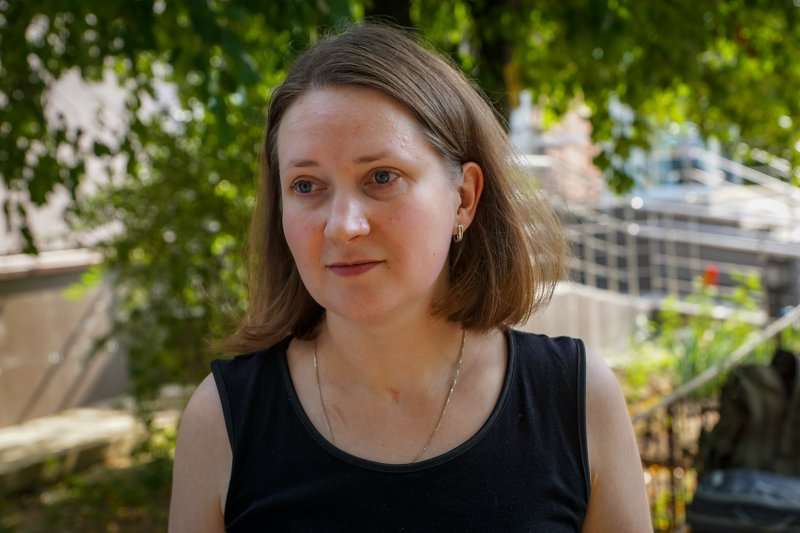 A linguistic expert has given a damning assessment of a linguistic analysis used by the Russian prosecution to link eight recognized Crimean Tatar political prisoners with the peaceful Hizb ut-Tahrir party which is legal in Ukraine and most countries, but which Russia has banned.   The authors of the analysis, Dr Yelena Novozhilova suggests, do not appear to know the difference between Islam and Hizb ut-Tahrir.  This is quite chilling since Russia, the only country in the world to have, without explanation, labelled Hizb ut-Tahrir ‘terrorist’, is currently imprisoning people for up to 24 years merely on charges of involvement in it.

Novozhilova was asked, as an experienced and qualified forensic linguist to examine the same tape which two FSB-commissioned ‘experts’ (Yulia Fomina and Yelena Khazimulina) from a university in Ufa (Russian Federation) had analysed. The recording in question was secretly made by the FSB in a Bakhchysarai mosque, and the FSB’s experts claimed that it showed that the eight defendants are members of Hizb ut-Tahrir. This conclusion was made despite not one mention of Hizb ut-Tahrir on the tape.

Three questions were put by the defence: whether the tape contained utterances aimed at drawing others into Hizb ut-Tahrir; whether there were utterances giving a negative assessment or demonstrating hostility to other nationalities or faiths; and how Novozhilova’s conclusions compared to those given by the Ufa linguists.  While all three linguists were perfectly capable of noting that Hizb ut-Tahrir was not talked about even once during the illicitly taped conversation in a mosque, Novozhilova points out that n order to decide whether a person was recruiting others into Hizb ut-Tahrir, you need to have religious knowledge.  The Ufa experts lack such knowledge, and their conclusion that the men belong to Hizb ut-Tahrir are essentially not based on anything.

There is nothing in the taped conversation to suggest any hostility, whether to a nationality or to a faith, and absolutely no calls to fight against them.

In making their assessment, the Ufa linguistics went beyond the scope of their professional competence and essentially acted as though they were psychologists and religious experts.  In several cases they have made up terms, and use methods which do not ensure reliability and the possibility of verifying their findings.  Indeed, Novozhilova specifically notes that you could not repeat their analysis, reaching the same results, due to the flagrant mistakes made.  The Ufa experts essentially made up their own methods in order to ‘reach the conclusion’ required of them, namely that the defendants were members of Hizb ut-Tahrir.  With this objective, they call entirely neutral speech “a tirade”, wrongly define one word as “a call” [i.e. to action], and use a term to describe the men’s conversation that only applies to written speech.

Novozhilova notes that the experts should have differentiated between a traditional Muslim sermon and being drawn in to Hizb ut-Tahrir, but that did not happen. With ‘involvement in Hizb ut-Tahrir’ presumed from the outset, the ‘experts’ ended up interpreting ordinary Muslim terms as though they apply to Hizb ut-Tahrir.

It is excellent that an independent analysis was sought and that it so clearly demonstrated the flaws that have long been reported in the assessments given by FSB-appointed ‘experts’ from Ufa.  These cases work like a conveyor belt, however, and the fact that Novozhilova’s assessment was heard in court does not, unfortunately, mean that the judges will take it into account.

The arrests on 11 October 2017 of Suleyman (Marlen) Asanov; Ernest Ametov;  Memet Belyalov; Timur Ibragimov; Seiran Saliev and Server Zekiryaev , and then on 21 May 2018 of Server Mustafayev and Edem Smailov were the first time that Russia obviously targeted Crimean Solidarity and other civic activists and journalists.  The men are all facing huge sentences for allegedly ‘organizing a Hizb ut-Tahrir group’ or for taking part in it.   The Russian Supreme Court’s bulk labelling of 15 organizations has ‘terrorist’ in 2003 was carried out in secret and is believed by Vitaly Ponomaryov from the Memorial Human Rights Centre to have been a move aimed at enabling Russia to extradite Muslims back to Uzbekistan where they faced religious persecution.  Russia has never explained how an organization that is not known to have committed any acts of terrorism or violence anywhere in the world can be ‘terrorist’. Instead, it is simply using this label to enable the imprisonment of men who have committed no crime to 10 or 20 years’ imprisonment.   In especially illegal fashion, Russia is using such prosecutions in occupied Crimea, with civic activists and journalists most often targeted.

The men are well-educated and articulate and, while they understand that justice should not be expected from the Russian court in Rostov, are determined to demonstrate how flawed the charges are.  Over recent hearings, a huge number of witnesses for the defence have testified in the men’s favour.

The fifty sixth hearing in this ‘trial’ at the Southern District Military Court in Rostov will take place on 21 July.