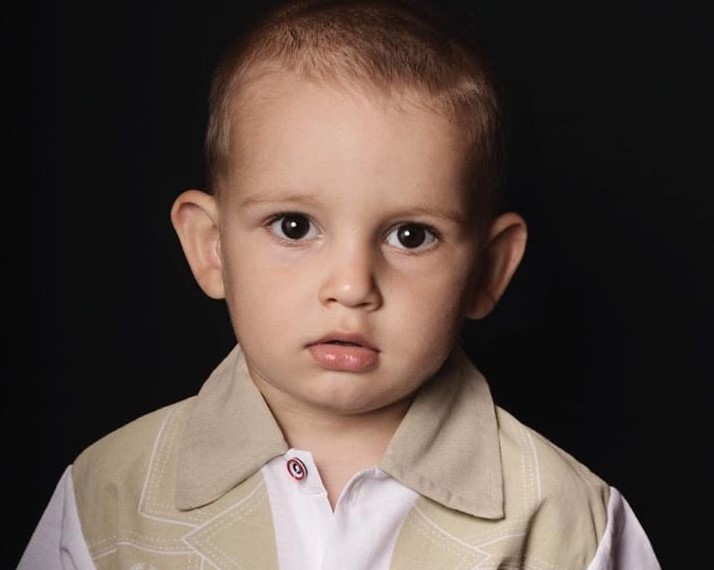 It is unlikely that the Russian occupation authorities who brutally wrenched Crimean Tatar civic journalist Ruslan Suleymanov from his family over a year ago will release him to attend the funeral of his youngest child, Musa.  He should have already been freed to take part in the frantic search from the evening of 24 July when the three-year-old lad disappeared from a sandpit where he had been playing outside his home.  At least three thousand people from all over  Crimea were involved in the search that continued through two nights.  It ended tragically on Sunday morning with Musa’s body found in a drainage inlet near the family home in Stroganovka (Simferopol region).  It seems likely that this was a terrible accident, though it remains to be seen whether the Russian occupation authorities, who did at least play a proper role in the search, can now refrain from trying to use the tragedy for their own purposes.  They, or any others, who even think to reproach Musa’s mother for letting the little lad out of her sight should remember the hell that the family has been through since 27 March 2019.   With Suleymanov arrested on fabricated charges, his wife was left to care for their four young children and to help look after his elderly parents who are in ill health.  Then in June 2019, the FSB arrested Ruslan’s brother, Eskender Suleymanov on the same politically-motivated charges.  When 70-year-old Zera Suleymanova became distraught and shouted at the armed and masked men, one of them pulled out his gun and pointed it at her.  “Shoot me”, she said, adding that she might as well die now that they were taking both her sons from her.  “We’ll have time to shoot you all”, she was told.

In a brief comment after Musa’s body was found, Mumine Saliyeva, coordinator of Crimean Childhood, and herself the wife of a political prisoner, wrote that Musa’s childhood had been taken from him when they parted him from his father.  “He became OUR child.  The son of his People.  From the first days when his family encountered difficulties and hardship, the dzhemaat (community) were there by their side”.   This was also seen this terrible weekend as everybody who could took part in the search, with those physically unable to be present in occupied Crimea living the horror with them.

The Suleymanov family will not be alone in their grief, but they are also far from alone in the suffering that Russia is inflicting.  At least 180 children have had their fathers taken from them.  Some were old enough to fear that the masked men who burst into their homes brandishing machine guns were planning to kill them all.  They would not have understood why their loving, gentle fathers were being forced to the ground, handcuffed and taken away, but that has nothing to do with age.

Ruslan and Eskender Suleymanov are among 25 Crimean Tatar civic activists and journalists whom Russia seized, mainly on 27 March 2019, in the worst operation to date against Crimean Tatar activists, especially those involved in Crimean Solidarity.  See:  Entire Crimean Tatar families persecuted under Russian occupation “We’ll have time to shoot you all!”

Musa’s body will be laid to rest on 27 July at 11.00.  There is no excuse for not allowing his father to be present.