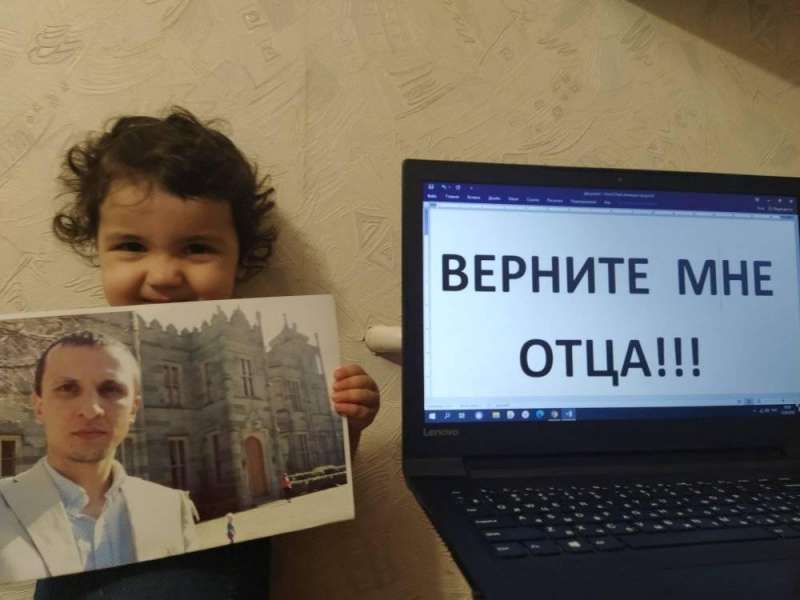 All but one of the men who received sentences from between 13 and 19 years, without any internationally recognized crime, were active in the Crimean Solidarity civic initiative which began in April 2016 to help political prisoners and their families, and to circulate information about the mounting repression in occupied Crimea.  Russia has crushed the independent media since its invasion and annexation of Crimea and is preventing international fact-finding missions, making the work that Crimean Solidarity carries out of particularly critical importance.  Any silence from western countries, the Ukrainian Diaspora and from human rights and journalist organizations will be taken by Russia as a carte blanche for further persecution.

It did not take long before Russia’s FSB began waging an offensive against Crimean Solidarity itself, and its activists.  A number of the men now imprisoned had faced administrative prosecution, even short terms of administrative arrest on fabricated charges or for peaceful single person pickets.  That all charges were a mere pretext and aimed at either forcing the men into silence or into exile was made quite clear to civic journalist Marlen (Suleyman) Asanov.  An FSB investigator later told him that he should have heeded the warnings and left Crimea.  Asanov refused to be intimidated and driven from his homeland and has been sentenced to 19 years.

All of the men were accused essentially only of involvement in the peaceful Hizb ut-Tahrir movement which is legal in Ukraine.  Russia is using a flawed, secretive and baseless Supreme Court ruling from 2003 which declared Hizb ut-Tahrir ‘terrorist’ as its excuse for imprisoning men for up to 24 years without any crime at all. If is already worrying that there has been so little attention to such Russian Hizb ut-Tahrir cases, especially given the Council of Europe’s apparent endorsement of a Russian state body involved in such mass persecution.

The situation in Crimea, however, stands out for several crucial reasons.  The first is that Russia is in flagrant violation of the Geneva Convention by applying its legislation on occupied territory, and is actually prosecuting men on Ukraine’s sovereign territory for unproven involvement in an organization that is legal in Ukraine.  This  makes any hesitation from international bodies, NGOs, etc. or any calls for ‘a fair trial’ entirely out of place.

The second is that Russia is clearly targeting Crimean Solidarity and Crimean Tatars in general, and is overtly seeking to intimidate Crimean Tatars and to present them as dangerous ‘terrorists’ and ‘extremists’.

All of this has been repeatedly stated by the Russian Memorial Human Rights Centre which has declared all of the men to be political prisoners. It was, however, publicly articulated after the shocking operation on 27 March 2019 (and soon afterwards) in which 25 Crimean Tatar civic journalists and activists, most of them from Crimean Solidarity, were arrested on the same ‘Hizb ut-Tahrir’ charges.  Then, for example, Human Rights Watch issued a statement, saying that “the sweeping arrests in Crimea aim to portray politically active Crimean Tatars as terrorists as a way to silence them,”  Freedom House and Civil Rights Defenders called the arrests “yet another serious abuse of power by the de facto authorities, transparently aimed at striking fear into a community that has suffered severely during Russia’s occupation of Crimea”.

Those and other unequivocal statements were very welcome, however they apply equally to the trial just ended of Mustafayev and seven other Crimean Tatars from Bakhchysarai, and to several other arrests since.  Russia has now split up the case of the above-mentioned 25 civic journalists and activists with one of the reasons for five highly irregular ‘clones’ of the same identical trial almost certainly to avoid publicity. Every such arrest that goes unnoticed and every time sentences are passed to near total silence, we help Russia and ensure that more children will be woken by men brandishing machine guns and taking their fathers away from them.

The sentences on 16 September

The men were either charged with the more serious ‘organizer’ role under Article 205.5 § 1 of Russia’s criminal code, or of ‘involvement’ in such an alleged group (Article 205.5 § 2).  The distinction has always seemed very arbitrary, with this essentially confirmed by the very small difference in sentences. All eight men were also charged (under Article 278) with ‘planning to violently seize power’ – with the force of their words, presumably, since no weapons were found, and no evidence of such plans presented.

On 16 September, judges Rizvan Zubairov (presiding); Roman Saprunov; and Maxim Nikitin from the Southern District Military Court sentenced Marlen Asanov  - to 19 years’ imprisonment; Memet Belyalov - 18 years; Timur Ibragimov - 17 years; Seiran Saliyev – 16 years; Server Mustafayev - 14 years; Edem Smailov and Server Zekiryaev to 13 years.  The sentences are all in the harshest of Russian prison colonies, and in most cases a further year or 18 months’ ‘restriction of liberty’ has been ordered. The only bright moment was the acquittal of one of the men – Ernes Ametov.  Acquittals are almost unheard of in Russian courts and this was the first such acquittal in ‘Hizb ut-Tahrir cases’.  Ametov was undoubtedly innocent, but so are all of the men.  The seven convictions will, of course, be challenged, hopefully in a packed courtroom.