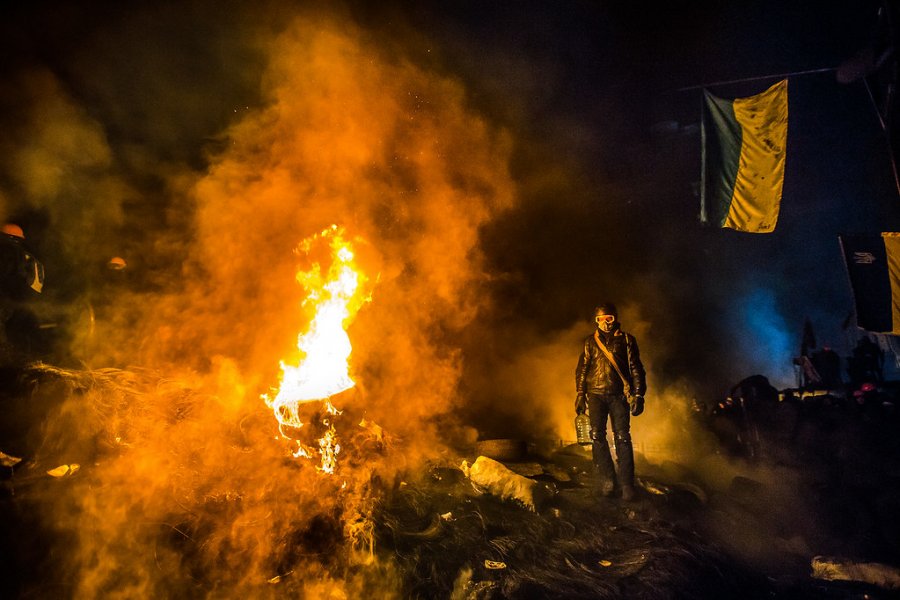 Ukrainian President Volodymyr Zelensky v, this time naming Oleksandr Kuksa head of a department within the Security Service [SBU].  , representing Maidan victims or their families, Kuksa was deputy to Oleksandr Shcheholev, who is currently on trial, accused of having organized and carried out the storming of protesters on Maidan via the so-called ‘anti-terrorist operation’.   The lawyers point out that Shcheholev’s own testimony suggests that Kuksa was directly involved in the events  over which his former superior is facing charges.

During the Revolution of Dignity, as the Euromaidan protests are now known, Shcheholev was head of the Kyiv branch of the SBU and was directly in charge of the ‘anti-terrorist operation’ from 18 to 20 February 2014, the bloodiest days of Maidan.

He was first charged in March 2015, and then taken into custody in August that year, however was released in June 2019, and is now only under a personal undertaking. His trial is taking place at the Shevchenkivsk District Court in Kyiv. The Advocacy Advisory Panel report that , Shcheholev stated that during the night over which he is charged (from 18 – 19 February 2014), he took Kuksa with him when he went from the SBU to the Kyiv Police Headquarters.  Kuksa at the time was the deputy head of the Kyiv and Kyiv Regional SBU,  with his particular focus being ‘terrorism’.

The lawyers note that the prosecution has established and demonstrated in court that during the night in question, Shcheholv, together with Kuksa, were present in the office of the head of Kyiv police Valery Mazan.  They were there with all the members of the SBU, Interior Ministry, Emergencies Ministry and prosecutor’s office “needed to launch the ‘boomerang’ plan.  This was a plan to totally clear Maidan and all the area around it of protesters, something that could only be done through force and inevitable bloodshed.

Very many of those involved in organizing the gunning down of protesters and other violent measures aimed at crushing Maidan are now in hiding, mostly in Russia where many, if not all, have received Russian citizenship.

Oleksandr Shcheholev is on trial, with the charges of organizing and carrying out the ‘anti-terrorist operation’, including the attack on the Trade Union building.

His deputy, who accompanied him during the evening from 18-19 February 2014, has now been appointed the ‘head of the SBU’s Department for the Defence of National Statehood’.

This is by no means the only appointment by Zelensky which has aroused, at the very least bemusement.

One especially shocking appointment was on 5 August 2020 when Zelensky Deputy Head of the Office of the President.  Tatarov was not only the Deputy Head of the Interior Ministry’s Central Investigative Department during the Euromaidan protests, but on at least one occasion  about a shocking attack by Berkut officers on peaceful Maidan activists in January 2014.

The move was met with outrage by persecuted Maidan activists and the families of Nebesna Sotnya, those who lost their lives during the protests.

In late 2020, the National Anti-Corruption Bureau [NABU] presented Tatarov with serious corruption charges.  In a very worrying move, the Office of the Prosecutor General (Iryna Venediktova) passing it instead to the SBU.  A supposed statement that Tatarov was suspending his work, pending the end of the investigation, does not appear to have meant very much.  As of the end of December 2020, to still be working.

With respect to both Tatarov and Kuksa, their positions under the regime of President Viktor Yanukovych should surely have meant they fall under the Law on Lustration, preventing them from holding government office.  On the other hand,  Zelensky has already changed the name of the Presidential Administration (to Office of the President) in order to bypass this law and enable his earlier appointment of Andriy Bohdan as Head of that ‘Office’, and the lustration law seems all but forgotten.