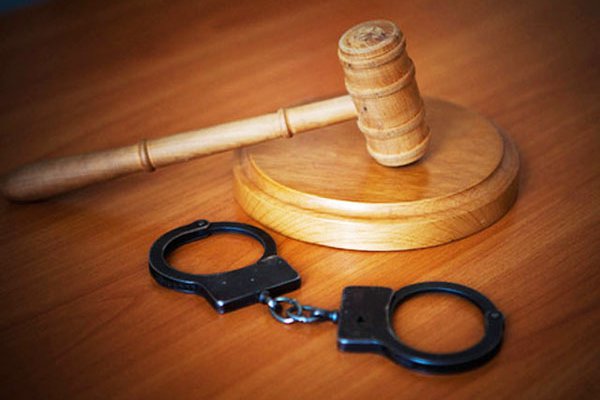 Asylum-seeker Shakhban Isakov has been released from custody 10 days after a Ukrainian prosecutor demanded and obtained his arrest pending extradition despite serious grounds for believing he would be in danger if forcibly returned to Russia, and for questioning the charges which Russia is laying against him.  The ruling on April 13 by the Kyiv Court of Appeal is welcome, but did not go far enough since Isakov was released under house arrest, instead of being freed outright.  This was despite suspicious irregularities in the April 2 ruling remanding him in custody.

41-year-old Isakov is represented by Kharkiv Human Rights Group lawyers – Vasyl Melnychuk and Tetyana Romadanova.  Melnychuk has pointed to several oddities, not merely in the lack of any grounds for re-arresting Isakov just months after a Ukrainian custody had released him.  Isakov had been detained on March 31 at Boryspil Airport where he had tried to see his wife who had arrived on transit from Turkey.  In accordance with the Criminal Procedure Code, the prosecutor should have applied to the court nearest to where Isakov had been detained.  Instead, for reasons that can only be guessed, they approached the Pereyaslav-Khmelnytsky Court in the Kyiv oblast.  The judge at that court proved deaf to all the arguments put forward by the lawyers, and remanded Isakov in custody, as the prosecutor had demanded.

Melnychuk notes also that the court order for Isakov’s arrest was concealed on the register of court rulings, with the claim that the hearing had been held behind closed doors, although this was not the case.

It is truly difficult to understand the prosecutor’s role in this case - or the SBU's, since it is the latter that is likely to have initiated the move to rearrest Isakov.  Russia is claiming that the father of seven from Dagestan is wanted on charges under Article 208 § 2 of the RF criminal code.  The charge itself speaks volumes: “Participation in an armed formation, also participation on the territory of a foreign state in an armed formation not envisaged by the legislation of the given state, for purposes which run counter to the interests of the Russian Federation”.   Even more telling, however, is the fact that this is the same charge that Russia has brought about world-renowned Crimean Tatar leader Mustafa Dzhemiliev and the Head of the Crimean Tatar Mejlis Refat Chubarov.  Both men, who are Ukrainian MPs, were banned from their homeland soon after Russia’s invasion and annexation, yet are now, in theory, facing this extraordinary charge.

Isakov was first detained on August 7, 2016 as a person placed, at Russia’s application, on the Interpol wanted list.  He is one of many Russian citizens whose placement on Interpol’s international wanted list seems at very least questionable.

Another of the people on that same list is Ruslan Meyriev who was declared wanted in Russia and then placed on the Interpol list years after Meyriev had moved to Ukraine where he lived with his Crimean Tatar wife, first in Crimea, then, after Russia’s invasion, in mainland Ukraine.

In Isakov’s case, it is not clear whether Interpol is aware of the actual article of the law which Russia is trying to use against him.  It says only that he is charged with “participation in the activity of a terrorist organization; participation in an illegal armed formation”.

It is likely that the SBU or Ukraine’s Security Service is behind the attempts to have Isakov, Meyriev and other Russian citizens clearly in need of asylum arrested and, perhaps, extradited.

It is unclear who is behind the recent reports, such as that on Vesti, claiming that Ukraine has become “a centre for legalizing so-called Islamic State fighters”.  Vesti is notorious for a generally partisan anti-Ukrainian position, and it is not necessarily accidental that it should repeat a line pushed by Russian and pro-Russian media.  Last weekend the Kremlin-backed militants in Donbas were widely quoted in the Russian media reporting, without a scrap of evidence, that a 500-strong ‘battalion of Islamist fighters’ had arrived in government-controlled Mariupol.

Russia and its proxies in occupied Crimea have even tried on several occasions to claim that Mustafa Dzhemiliev is recruiting for ISIS.

It is sordidly clear why Russia is trying to spread this nonsense.  The problem, however, remains in the timing, and the unacceptable collusion it seems to suggest, since the article in Vesti and a couple of others appeared at a time when Ukraine’s prosecutor was trying to justify the unwarranted detention of an asylum-seeker who must not, under any circumstances, be returned to Russia,