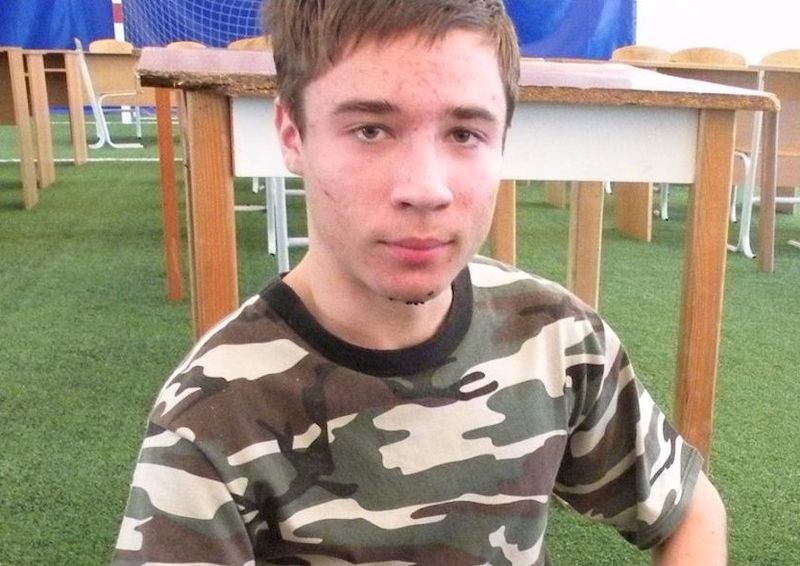 The European Court of Human Rights has given Russia until September 25 to provide medical documents for Pavlo Hryb [or Gryb], the young Ukrainian whom Russia is believed to have forcibly taken from Belarus and imprisoned.  Since Pavlo has serious health problems,  the Court in Strasbourg’s move is of critical importance.  Russia has been asked to provide information about Hryb’s current state of health, the medical treatment prescribed by his doctors, as well as the medical treatment that he has actually received.  It appears that thus far he has received none.

The letter is dated 11 September, and it is almost certainly no coincidence that it was only on that day that lawyer Andrei Sabinin was finally allowed to see the young man who was abducted after he reached Gomel in Belarus on August 24.

It took Russia 13 days to finally admit that Hryb was imprisoned in the Krasnodar SIZO [remand prison], purportedly on charges of ‘terrorism’.  Even having admitted his effective abduction, the Russian authorities still refused to let the young Ukrainian see his lawyer, and there is nothing to indicate that he has even now been allowed to see the Ukrainian consul.

Sabinin writes that Hryb looks OK, but that he is worried about being without medication which he needs to take on a daily basis.  As of September 11, one of the European Court’s questions has thus been answered:  the young man has not been provided with critically important medication.

As has been the case with almost all Ukrainian political prisoners held in Russia or Russian-occupied Crimea, the lawyer has been forced to give a signed undertaking not to divulge any information about the ‘case’.

With respect to the vast majority of Russia’s Ukrainian political prisoners, such secrecy has been used to conceal the lack of any ‘case’ at all against the men.  It also enables the FSB to continue putting major pressure on the prisoners to renounce their lawyers and sometimes to agree to ‘admit guilt, so that the fabricated nature of the prosecution is never openly demonstrated in court.

Hryb has told Sabinin that he was taken from Gomel by unidentified individuals who passed him over to others.  In the Smolensk oblast a couple of days later, and several days after he was seized, a protocol of detention was drawn up. He was then taken to the Krasnodar region.

Russia admitted on September 7 that Hryb was in Russian custody.  It claimed that he had been arrested on August 25 on charges of terrorism.  This will probably coincide with the protocol drawn up, but clashes with the facts since Hryb disappeared without trace on August 24.

The 19-year-old had corresponded with a young woman he knew only from conversations on the social network VKontakte and Skype.  He was supposed to have been going to Gomel at her request and to return the same day.

Ihor Hryb set off in search of his son almost immediately after contact was lost, and became certain long before Russia’s admission that Pavlo had been abducted by the FSB.

Ihor Hryb is a former border guard who is now involved in the Chaplain Service for Ukraine’s Armed Forces.   While talking to Belarusian border guards, he had seen on one of the men’s tablets his son’s name as ‘wanted’ in Krasnodar on terrorism charges.  His suspicion that the Belarusian authorities were collaborating with the FSB were only exacerbated by the shifting story he was given.  First the border guards tried to deny that Pavlo had entered the country, although the coach driver had confirmed that Pavlo alighted at his destination, i.e. Gomel.  Belarus later admitted that he had crossed into their country, but claimed to have no knowledge of his later movements.

The degree of direct Belarusian involvement may not be known, but there is effectively no possibility that Belarus did not allow Russia to abduct a foreign national from its territory.

Ihor Hryb’s involvement in the Armed Services since Russia’s invasion of Ukraine, and his son’s active and very blunt criticism of Russian aggression on social media make it inconceivable that the young man voluntarily entered Russia.

The 17-year-old girl he was supposed to meet in Gomel has herself told a Ukrainian TV station that she had been forced by the FSB to get Pavlo Hryb to Belarus, and that the FSB are threatening her also with the same ‘terrorism’ charges.

The young man has only ever once before been out of Ukraine, and that was when he was 12 and went to Belarus with his mother.

Russia’s secrecy over this new abduction and its evident wish to prevent the lad having a proper lawyer and visits from the Ukrainian consul suggest that the FSB may try to isolate Pavlo and use unlawful methods of physical or psychological pressure to extract ‘confessions’ to committing terrorism in a country he had never set foot in.