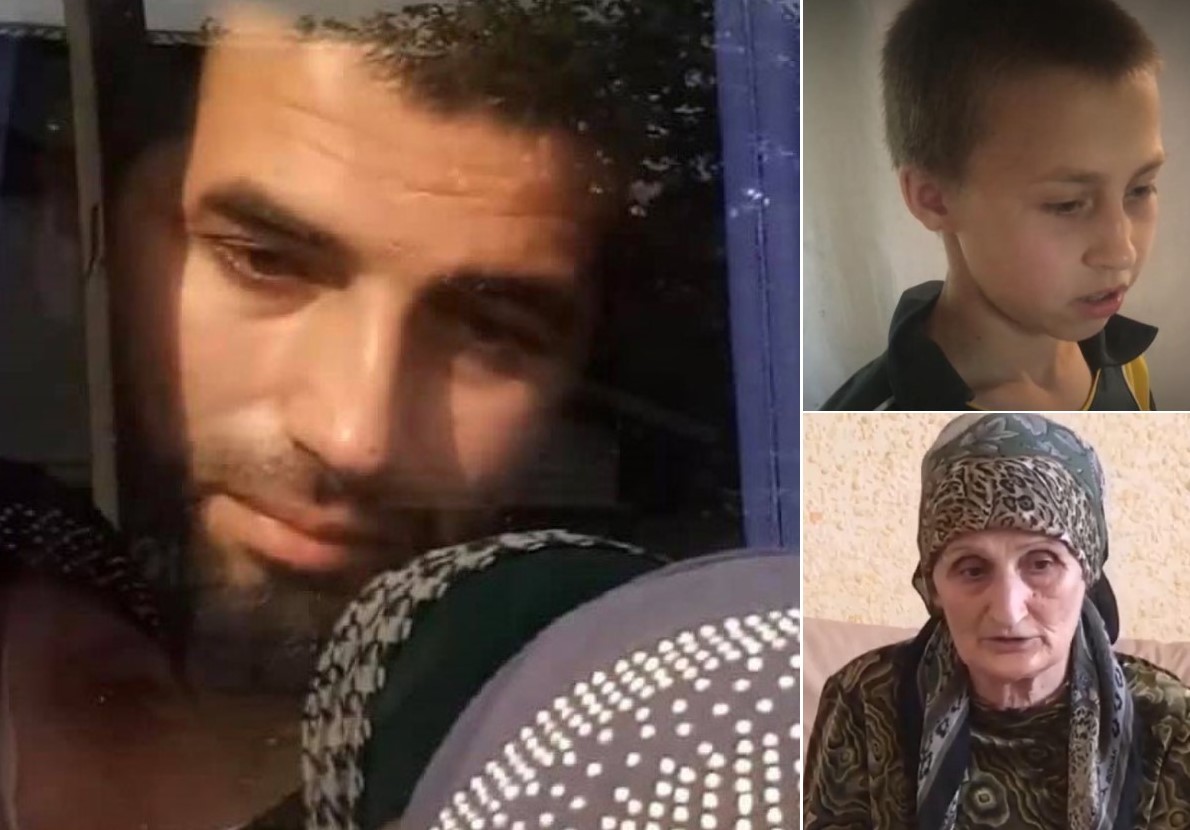 The Russian FSB has carried out new armed searches and arrests of Crimean Tatars, with an elderly mother, whose second son has been taken from her, threatened with a pistol and told that the FSB will get around to shooting them all.  This new ‘operation’ came the day after hearings ended at the UN’s International Court of Justice where Russia is trying to claim that it is not carrying out a policy of discrimination against Crimean Tatars and ethnic Ukrainians in occupied Crimea.

The searches by armed and masked men began, as has become standard, very early on 10 June.  This time, however, they seemed to be targeting whole families.  As well as Eskender Suleymanov, the brother of Crimean Solidarity civic journalist Ruslan Suleymanov, the FSB also seized Riza Omerov and his father, Enver.  The latter was stopped at around 2 a.m, while travelling to Rostov with his daughter Fatma Ismailova,  whose husband, Rustem Ismailov is one of five political prisoners now on trial.  He became very unwell and the ambulance brigade confirmed that he had extremely high blood pressure and needed to rest.  The enforcement officers ignored this and insisted that he come with them to the Kerch police station.  When Fatma remonstrated, and said that she would bring her father there after he had rested, an FSB officer threatened to handcuff her to the generator if she didn’t stop “getting in their way”.

Riza Omerov’s wife, Sevil, who is in her seventh month, became so distressed during the armed search and seeing her husband taken away, that she began going into labour early.  She was taken to the local clinic, however they lack facilities for premature births and with the life of the baby in danger, she was moved to the Simferopol perinatal clinic.  There she had to sit waiting for hours because this proved to be an operating day and all the doctors were busy.

All of these armed raids have, from the outset, been carried out in homes where there are small children and elderly parents.  The small children of Fatma Ismailova have now been put through this trauma twice, and have lost not only their father, but their uncle and grandfather.

Not one of the armed searches produced anything illegal, nor was it ever expected to.  The men in all of this specifically Russian conveyor belt of repression are accused of involvement in the peaceful Hizb ut-Tahrir movement which is legal in Ukraine.  Russia has never given any justification for labelling as ‘terrorist’ a movement which has never committed acts of terror or violence anywhere in the world, yet since 2014, it has been sentencing men to huge terms of imprisonment on unproven charges of ‘involvement’.  No crime is required, nor any actual proof of ‘involvement’, since the FSB has its own ‘experts’ who find alleged proof of involvement in ordinary words or conversations on innocuous subjects.  It is also allowed to use ‘secret witnesses’, whose testimony is accepted without question by judges who know that they will get into trouble if they do not provide guilty verdicts and the sentences demanded.

It is not impossible that one of the motives for at least some of the arrests on 10 June was to blur the obvious degree to which Russia has been using ‘Hizb ut-Tahrir’ charges as a weapon to crush civic activists, especially from the Crimean Solidarity initiative which helps political prisoners and their families, and also provides vital information about repression in occupied Crimea.  Two of the men arrested have taken part in the single-person pickets in support of political prisoners, however this was less obviously an attack on civic activists than the mass arrests of 24 activists on 27 March this year.

By evening, all but one of the eight men had been remanded in custody for two months, with no reason to hope for a different outcome from the one hearing due on 11 June.  Since Russia has increasingly opted for either taking arrested men immediately out of Crimea, or holding all detention ‘hearings’ behind closed doors, this morning could be the last time the men’s children see them for a very long time.

A few days after Ruslan Suleymanov, a Crimean Solidarity activist and civic journalist was arrested and taken to Russia, his 70-year-old mother, Zera Suleymanova, held a ‘single-person picket’ (the only legal form of protest under Russian occupation), under a banner reading “My son is not a terrorist”.

It is impossible to imagine the torment that she and her husband are going through now that their second son, Eskender, has been arrested also, and is facing the same horrific sentence on fabricated ‘Hizb ut-Tahrir charges’ as his brother.  It was against this elderly woman that an FSB officer pulled out a pistol on Monday morning.  When she told him to go on and shoot her, and let her die, now that they had taken both her sons from her, the man laughed and said that “we’ll have time to shoot you all” (please see and share the interview).

Eskender Suleymanov has now been added to the ‘case’ of the 24 civic activists arrested on 27 March.  All of them have already been recognized as political prisoners by the renowned Memorial Human Rights Centre.

It is not quite clear which ‘cases’ the FSB will use against the other seven men who are from the Alushta region and Belogorsk.

From the Alushta region

52-year-old Lenur Khalilov is the head of a local religious community and there are reasons to suspect that his arrest could be linked with attempts by the Muftiate, which has chosen to collaborate with the Russian occupation regime, to seize land given to the community back in 1994.

Aider Dzhepparov who has 8 children

and his son Riza Omerov who has three small children, and whose wife is seven months pregnant

17 more children are now without their fathers.

As mentioned, these prosecutions are immensely cynical as no ‘crime’, or even elements of a crime, are required.  The FSB simply concoct ‘evidence’ of supposed ‘involvement’ in Hizb ut-Tahrir.  Each case, however, must have at least one person who is accused of ‘organizing’ a so-called ‘Hizb ut-Tahrir cell’,  under Article 205.5 paragraph 1 of Russia’s criminal code, this carrying a sentence of up to life imprisonment.  There can be three or more defendants facing the lesser charge of ‘involvement in such a cell’ (Article 205.5 paragraph 2) with a sentence from 10-20 years.  No crime, no terrorism, and the ‘proof’ can be an illicitly taped conversation on perfectly innocent religious or political themes.