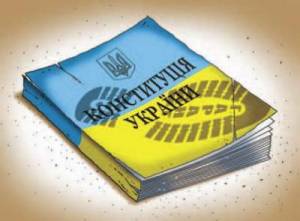 In a separate judgement [ukhvala] issued on 16 May 2012, the Kyiv Court of Appeal has given the Kyiv City Council a month to bring its regulations on holding mass events into line with Ukraine’s Constitution.

This was prompted by the Kyiv City State Administration’s violations of the right of citizens to peaceful assembly.

For example, on 29 November 2011 a number of NGOs planned to hold a protest in Mariyinsky Park and on Bankova St.  The planned peaceful action was a picket of the Verkhovna Rada and Cabinet of Ministers.

The Kyiv City State Administration reacted swiftly and with the help of the District Administrative Court banned the action. The justification given for the ban was the Decree of the Presidium of the Supreme Soviet of the USSR from 28 July 1988 «On the procedure for the organization of meetings, political rallies, street events and demonstrations in the USSR”   The District Administrative Court stated that “in breach of the given decree the respondents did not inform of their plan to hold a peaceful demonstration 10 days in advance”.

This decree is quite often used by domestic courts as grounds for banning peaceful gatherings. The Court of Appeal’s ruling [postanova] and separate judgement [ukhvala]  in pointing out the absurdity of such rulings are therefore truly a landmark.

The ruling states: “The conclusion by the first instance court is erroneous and in breach of the Constitution and laws of Ukraine”. The Decree of the Presidium of the Supreme Soviet of the USSR “is in breach of Ukraine’s Constitution since it establishes a permission-based system for peaceful gatherings while Article 30 of the Constitution [speaks of] notification.  Peaceful gatherings according to the Decree may be banned by the Executive Committee of the Supreme Soviet, whereas Ukraine’s Constitution states that restriction can only be imposed by the court”.

The Court of Appeal ruling, moreover, refers to the European Court of Human Rights Judgement in the Case of Bukta and others v. Hungary” which reiterated that Article 11 of the European Convention means that the public authorities must ‘show a certain degree of tolerance towards peaceful gatherings’ which present no danger to public order except for a minor, inevitable level of disturbance.

The Ukrainian Helsinki Human Rights Union welcomes this ruling from the Kyiv Court of Appeal and hopes that this excellent example of proper court proceedings based on the rule of law will be followed by other judges and courts in Ukraine.

The case in court was supported by the UHHRU Strategic Litigations Fund.