The EU’s Opaque Dealings with Ukraine 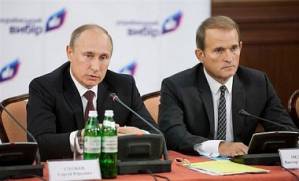 A life cut short cannot be extended.  Unlike ceasefires, including the extra 72 hours given the Kremlin-backed militants in Donbas, due to end at the same time as the EU’s ultimatum to Russia on June 30.  The militants have used it for .  There has been another terrorist attack on a railway bridge in the Kharkiv region, and increasingly aggressive pressure on journalists and removal of Ukrainian TV channels.  This was to be expected since they had also flouted the original ceasefire.  The release on Saturday of the last four OSCE hostages was welcome but predictable.  Russia’s calculation is doubtless that this will be assessed as another ‘positive signal’ and will ward off threatened sanctions.  There have been no other moves from Russia.

Trust is difficult to restore once it has been lost.  President Petro Poroshenko received a huge vote of confidence from Ukrainians on May 25, becoming the first president to win at the first post.   The decision to extend a ceasefire which one side was not respecting was doubtless taken under pressure from the EU, and not widely understood at home.  Trust in the president, and in the EU, will be undermined if the latter fails to make good its threats of sanctions this time.

The signing of the association agreement had particular poignancy coming six months and many deaths after former president Viktor Yanukovych’s rejection of the accord led to the EuroMaidan protests.

Later on that same Friday, Ukrainians heard German Chancellor Angela Merkel   that the agreement would only come into force after ‘technical negotiations’ between Russia, Ukraine and the EU.  These were to allay Russia’s concerns which Merkel hopes they will succeed in doing.

And if they don’t?

The concept of a legally binding agreement between two, so to speak, consenting partners which can only come into effect with the agreement of a third party is novel, and unnerving.  If the journalists reporting for Ukraine’s Channel 5 and the Russian State-owned misunderstood Merkel’s statement, clarification would be highly desirable.

The basic idea behind any ceasefire is surely that the parties will try to negotiate a settlement.  Former president Leonid Kuchma who took part in the first negotiations that there is no point until Monday in seeking to continue negotiations.  “It’s not they who decide how to behave. If Russia understands that peace is better, and not war, then it will find the mechanisms to rein in all those great players”.

His predecessor Leonid Kravchuk .  “I can’t understand what is happening at present, what these consultative meetings are. I don’t know who Medvedchuk is representing – maybe Ms Merkel?  And Shufrych is his assistant”.

Germany might well like to consider the impression that many Ukrainians have about Merkels insistence that Viktor Medvedchuk take part in the negotiations.  Transparency is always important, and this is sadly wanting in the present situation where a close associate of Putin, targeted for US sanctions over, among other things, his active support for Russia’s annexation of the Crimea is being given a major role in negotiations.  The same applies to Nestor Sufrych.

The authoritative newspaper on Saturday that a source close to ex-president Viktor Yanukovych had told them that Putin’s insistence on Medvedchuk’s role in the negotiations was partly aimed at getting Medvedchuk back into Ukrainian politics, by first making him governor of the Donetsk oblast, then bringing him back into parliament.  Shufrych would be given governorship of the Luhansk oblast.  These appointments, the source claimed, would be agreed at confidential discussions between Poroshenko and Putin.

The source is not named, and could also, of course, be wrong.  On the other hand, Germany and, indeed, the EU might well consider one last claim made.  Germany’s Chancellor Merkel, it is asserted, has been brought in to whiten the much tarnished image of both Medvedchuk and his Ukrainian Choice party.

Ukrainians came out onto the streets back in November 2013 appalled that Yanukovych, in the course of secret talks with Putin, had rejected the association agreement in favour of closer ties with Russia and other undisclosed incentives.  A number of universities endorsed the call made by the Ukrainian Catholic University to allow students to attend demonstrations "in defence of Ukraine’s European future.  A UCU lecturer and a number of students were among the many gunned down by police snipers in February this year.