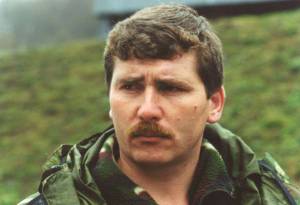 The trial begins on Jan 19 of Valery Brinikh, a well-known Russian environmentalist who is accused of “abetting extremism” and “denigration” of the people of Adygea (a federal republic within the Krasnodar area of the Russian Federation.  This is how the Russian authorities have reacted to an article entitled “The Silence of the Lambs” regarding the problems of pig-farming in the area.

The Maikop Court has already rejected Brinikh’s application for a (customary) preliminary hearing which Brinikh’s lawyer Alexander Popkov considers an indicator of the bias with which the case is likely to be heard.

The fact that an article on pig-farming by, or linked with, a well-known environmentalist and Director of the Institute for Regional Biological Research, has prompted the charges (which can carry a sentence of up to 5 years) is already of concern.  Brinikh earlier told Open Russia that he linked the criminal charges with his long-standing battle with the pig-farming complex owned by Russian senator Viacheslav Derev, which Brinikh considers to be polluting the environment.

The article itself was declared ‘extremist’ by a court in Maikop in September 2014, with this ruling upheld by the Adygea Supreme Court in March 2015.

The 51-year-old environmentalist was initially charged (in December 2014) with abetting the circulation of ‘extremist material’ on the Internet.  The prosecution has now decided that he is the author of the article in question, and on Nov 17, 2015 formally charged Brinikh also under Article 282 § 1 (denigration of dignity on the grounds of ethnicity) in connection with the article.

The renowned Sova Centre which monitors ‘extremism’, xenophobia, etc., explains that the article, which may or may not be Brinikh’s own, criticizes local residents for not standing up to the authorities by defending their interests.   Sova stresses that the strong statements expressed in the article are in no way aimed at inciting enmity to residents of the area, but addressed at these residents.  The article is trying to arouse their sense of civic responsibility.  Accusing the residents of cowardice and a lack of a sense of personal dignity did not give grounds for the article’s ban, nor for the charges against the environmentalist.

Sova considers that the local authorities have used the publication as a method of putting pressure on the environmentalist.  Derev is a member of the Federation Council (Russia’s upper house) and in 2015 accused Brinikh of defamation.  The suit was successful and on March 5, 2015 the Maikop Court fined Brinikh 100 thousand roubles.

This is not the first time that an environmentalist could face a prison sentence on seriously flawed charges.  Yevgeny Vitishko was jailed for three years in 2014 after highlighting environmental abuses in the construction work for the Sochi Olympics.

The charges against Brinikh also, however, reflect increasing abuse of articles of the Criminal Code on incitement to enmity and, especially, ‘extremism’.  Criticism of the authorities and especially condemnation of Moscow’s aggression against Ukraine have already resulted in serious prison sentences.