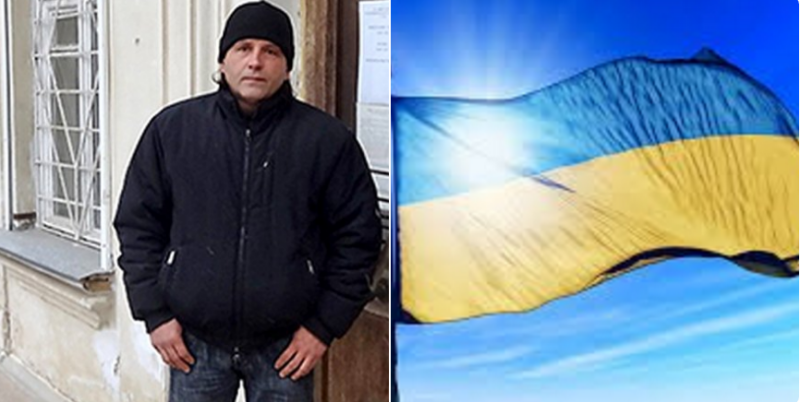 On Feb 3, 2017, a court in Russian-occupied Crimea extended the detention of pro-Ukrainian activist Volodymyr Balukh despite clear evidence that the prosecution against him is politically motivated and that he is being subjected to torture

Balukh's lawyer had only been able to see his client during a court hearing on Jan. 23.  He said then that it was evident from Balukh’s face that physical force had been used against him, and both he and the Crimean Human Rights Group have demanded that the Ukrainian Ombudsperson Valeria Lutkovska be allowed to see him.  This is urgent also as Balukh has several chronic conditions which have been exacerbated by the appalling conditions in the SIZO or remand prison.

The Crimean  Human Rights Group has also studied the latest court ruling extending Balukh’s arrest, and believes that the gross infringements uncovered demonstrate that the court’s role is to keep Balukh imprisoned.

Balukh was arrested on December 8 after the FSB carried out searches of his home and that of his elderly mother in the same North Crimean village.  The FSB claimed to have found 90 bullets and several trotyl explosive devices in Balukh’s attic. There was nothing to link Balukh with any act of violence, and every reason to doubt that a pro-Ukrainian activist who has already faced FSB searches and prosecution on dubious grounds would hold anything incriminating in his home. The supposed ‘find’ on this occasion came just 10 days after the 44-year-old hung a plaque on his home in memory of the people killed during Euromaidan.

The Razdolnoye District Court under Russian occupation initially remanded Balukh in custody for 30 days, until Jan 6, 2017.   Then, only 2 weeks later, on Dec 27, the same court, under judge Alexander Abelyashev extended the detention period to Feb 5.

The court ruling is supposed to be lawful, well-founded with the grounds given.  The Crimean Human Rights Group analysis shows that it was none of these things.  There needs to be proof that the accused person, if not detained, could try to hide from the investigators; continue unlawful activities; or could threaten witnesses, etc. and otherwise try to impede the course of justice.  The court was provided with no evidence, nor does it give any grounds for the detention.

The court was also obliged to consider the seriousness of the charges and take any health or family circumstances into consideration.  The court was told by both Balukh and his lawyer that he needs to care for his elderly mother who is unwell, and that Balukh’s own health has gravely deteriorated in the SIZO [remand prison].

The authors point out that Russia’s Supreme Court has specifically stated that suspicion that a person has committed crimes of a particular category can be sufficient grounds for initial detention, but after that first period has passed, it is no longer sufficient in itself.   The detention, however, was extended although the prosecution had not provided any evidence to back the charges, nor any indication of why the detention was required.

These infringements demonstrate that the judge was not interested in establishing the facts and that he fulfilled one task only, namely to rubberstamp Balukh’s imprisonment.

There are very good grounds for assuming that Balukh is again facing persecution for his pro-Ukrainian position.  He raised a Ukrainian flag over the home he shares with his common-law wife in December 2013 during Euromaidan, and it remained flying after Russia’s annexation of Crimea which Balukh opposed.  He himself remains a Ukrainian citizen.

His problems with the Russian FSB began on April 30, 2015.  Two men, one from the FSB, appeared while he was helping his mother and demanded he go with them.  He demanded a warrant, and having ascertained that the men had also turned up at his home and carried out a search, he stayed with a friend for two weeks.  The FSB used the time to harass his mother, carry out searches of both homes and rip down the Ukrainian flag.

Balukh refused to be cowered, and is now imprisoned on equally implausible charges.