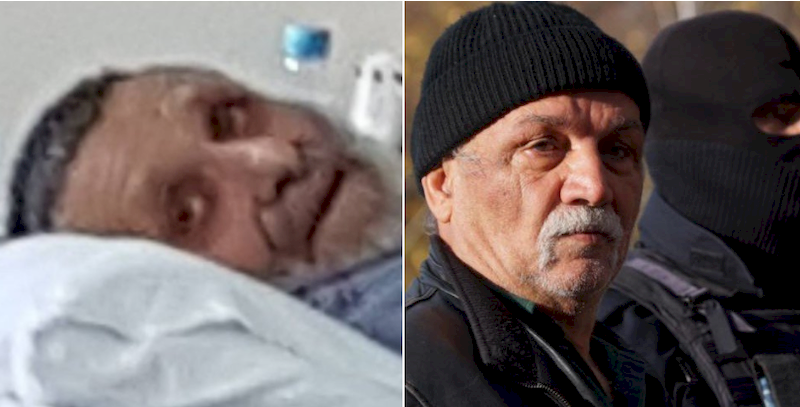 The Russian occupation authorities in Crimea have made no attempt to investigate the death of 83-year-old veteran of the Crimean Tatar national movement, Vedzhie Kashka, minutes after the FSB’s extraordinary attempt to arrest her.  Instead the very lives of two of the four men arrested in the same ‘case’ are being placed in danger as part of a cynical and futile attempt to discredit Crimean Tatars.

Russian lawyer Nikolai Polozov noted back in December that the treatment of 57-year-old Bekir Degermendzhy and 65-year-old Asan Chapukh was tantamount to torture.  Degermendzhy suffers from severe asthma, and should not have been imprisoned from the outset.  Chapukh seems to have had a partial stroke shortly after his arrest, and has lost control of one side of his body and his speech is affected.

The conditions in the SIZO or remand prison are appalling even for younger men in reasonable health, and medical care, if provided, is at a very poor level.  It is impossible, Polozov writs, even to pass medicine into SIZO, with the need to confirm any list of medication leading to delays of more than a week.

Degermendzhy was unable to breathe and could obviously not wait so long. His state became so critical that he was finally admitted to an emergency ward.  There, however, he was held under guard, and his wife was not allowed to see him.  He was moved, as soon as his condition stabilized, supposedly to a normal ward, though in fact to the corridor outside the ward, and then back to the SIZO.

Despite the evident danger to his life, if held in such conditions, the Russian-controlled Kievsky District court in Simferopol on January 12 remanded Degermendzhy; Chapuk; Kyazim Ametov and Ruslan Trubach in custody for a further three months, until 15 March.  The court hearing was held behind closed doors, presumably to avoid more shameful photos becoming public of the tortured 57-year-old wearing a respiratory mask to enable him to breathe.

Bekir Degermendzhy’s son Mustafa is a recognized political prisoner, charged in the same legally nihilistic trial as Crimean Tatar leader Akhtem Chiygoz on trumped-up charges under Russian legislation regarding a pre-annexation demonstration which took place on Ukrainian territory and under Ukrainian law. Bekir himself had even addressd the Parliamentary Assembly of the Council of Europe and OSCE about his son’s persecution and the human rights situation in Crimea.

Both Degermendzhy Senior and Chapukh are veterans of the Crimean Tatar national movement, and have, since Russia’s annexation, actively demonstrated his support for the mounting number of political prisoners.  Kyazim Ametov is also involved in civic activities.

While all are respected figures, none are members of the Crimean Tatar Mejlis or representative assembly, although their arrest looks like a set up aimed at discrediting the Mejlis.

A video of part of an FSB ‘special operation’ on November 23, 2017 was widely circulated by the FSB and Russian media.  It showed a large number of armed and masked men bursting into a restaurant in Bakhchysarai and very roughly pinning Degermendzhy and Chapukh to the ground.  The arrest of Vedzhie Kashka which directly resulted in her death is not shown, but was quite likely also gratuitously aggressive.  There should be an investigation into how any person dies minutes after being detained, and there has been none.  The fact that her age and ill-health made such an outcome likely is no excuse since questions should therefore be asked about why any arrest was attempted.

As reported earlier, Russia is following yet another sordid Soviet tradition with the so-called ‘Vedzhie Kashka case.  After gaining too much negative publicity for punishing dissidents for so-called ‘anti-Soviet propaganda and agitation’, they turned to trying to discredit dissidents with the use of concocted criminal prosecutions.

In this case, they have used a Turkish man who had been friendly with Vedzhie Kashka’s granddaughter, had taken 7 thousand USD and refused to return it.  The elderly lady had asked Degermendzhy, Chapukh and Ametov to help her get her money back.  This, the FSB decided to claim, was an attempt at ‘extortion’.

It is possible that Yusuf Aigan seized on the idea of contacting the FSB in order to get to keep the money.  It is equally likely that the FSB approached him to manufacture a supposed ‘case’ involving an economic crime.  This, helped by the Russian media, they have even presented as a “Mejlis’ crime, presumably to try to justify their extraordinary ban on the Mejlis which they have been ordered to revoke.