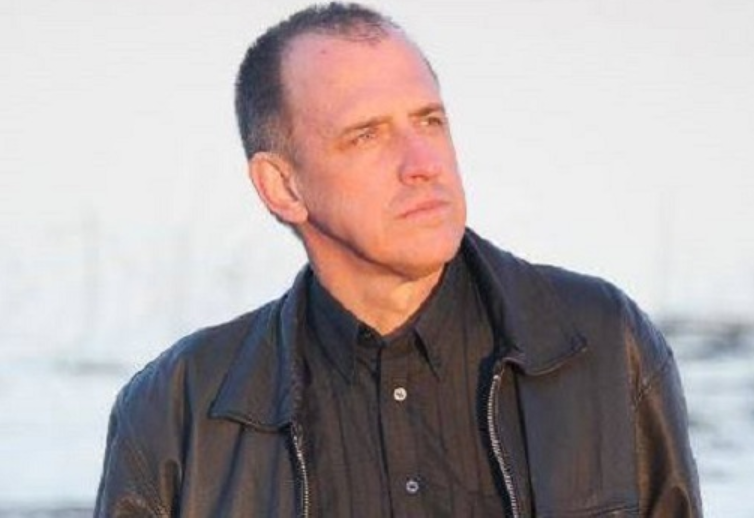 It was officially Belarus that extradited Russian opposition activist Vladimir Yegorov to Russia to face charges of making ‘public calls to extremist activities’.  This was, however, only because Ukraine’s Security Service [SBU] chose to bypass Ukraine’s legislation and its international obligations altogether by simply dumping Yegorov, who had applied for asylum in Ukraine, on the border, leaving him no choice but to cross into Belarus.  It is impossible to believe that the SBU officials did not understand the strong likelihood that the charges Yegorov was facing were politically motivated.  The fact that he was only held in detention for a few months was not something they could have known when they chose to thus treat a person justifiably seeking political asylum..

Yegorov is a 51-year-old electrician and the head of the local branch of the Yabloko Party in Toropets (Tver oblast).  Criminal charges were initiated against him in October 2016 for so-called ‘calls to extremist activity’.  These were over a strongly-worded post on the social network VKontakte in which he was highly critical of Russian President Vladimir Putin.  He later explained that he had posted the comments after Prime Minister Dmitry Medvedev told teachers that they should find a second job (since it’s impossible to live on a teacher’s pay).  He wrote that everybody goes for Medvedev, whereas the real culprit is Putin.

The posts on the ‘Citizens of Toropets’ page which he ran have been deleted, together with at least one of those on Yegorov’s Facebook page.  There was, for example, a caricature of Putin as ‘Kremlin rat’ and a photo of Putin next to one of the apartment bombings which many people believe, as did slain Kremlin critic Alexander Litvinenko, were deliberately blown up to bring Putin to power.  The caption reads: “I so wanted to be president.  And it was just a couple of apartment blocks in Moscow’

Yegorov’s lawyer Svetlana Sidorkina announced on 2 August 2017 that her client had been arrested after being extradited from Belarus and charged with ‘calls to terrorism’.   He was remanded in custody, however the charge must have been reduced back to the originally mentioned ‘public calls to extremism’, and he was released under a signed undertaking not to abscond on 16 November, 2017.  An attempt was also made to add the charge of inciting enmity, but this was also abandoned as all being a bit much for one social media post, however critical it was of Vladimir Putin.

The post in question can be found here.  Yegorov writes of the understandable indignation over the above-mentioned words by Medvedev, but goes on to stress that “you need to understand that all of these “utterances” in public by these cretins with zero rating but who hold high-ranking posts are no more than part of a special operation by the KGB guard to “whitewash” the main culprit of all our woes and the gang close to him. All of this is done in order to con the public for the nth time to make them think that the main Kremlin guy IS NOT GUILTY of destroying the country, that it’s all THEM, officials are guilty and the Tsar doesn’t know of the lawlessness and arbitrary will of the local authorities”

“You must not let yourself be duped by these methods of the Kremlin KGB guard.  YOU NEED TO GET RID OF THE CHIEF KREMLIN RAT with his accomplice friends”

This was what the Investigative Committee wanted to classify as a ‘call to terrorism’ or ‘incitement to enmity’, but was finally forced to treat as ‘public calls to extremist activity’.

Yegorov was convicted on 5 June, 2018, by Natalya Smirnova from the Toropets City Court and given a two-year suspended sentence for ‘public calls to extremism via the Internet’.  There is a three-year probation period, and he has also been prohibited from moderating websites for two years.  The hard drive of his computer was also confiscated.

This sentence was upheld by a panel of judges (with Svetlana Kashirina reporting) on  24 July.

As reported, Yegorov fled to Ukraine on June 13, 2017.  He stated at the border that he wished to apply for asylum and was taken to the nearest Migration Service office in Chernihiv, where he submitted the necessary application.

On that day men arrived at the door who, according to Yegorov, identified themselves as from Ukraine’s SBU [Security Service].  They detained him and simply took him by car to a neutral zone on the Russian-Ukrainian border.  He was told that his application had been rejected since Russia had not declared him on the wanted list.

Yegorov says that the border guards registered him as having illegally crossed the border without a passport and banned him from entering Ukraine for three years.

Later, the SBU claimed to Hromadske.ua that it had nothing to do with the events and that there was no ban.

Had there been a formal refusal to grant asylum, or a ban, Yegorov would have had five days to appeal against it.

On the other hand, there is no evidence that a check was carried out into who these individuals were, if they were not SBU, nor any explanation as to why the border guards then went along with this.

This is not the first time that Ukraine’s SBU has demonstrated its inability to understand that such illegal actions are a form of collaboration with a regime which is holding over 70 Ukrainians prisoner, most on charges at least as obviously politically motivated  as those used to try to silence Yegorov.