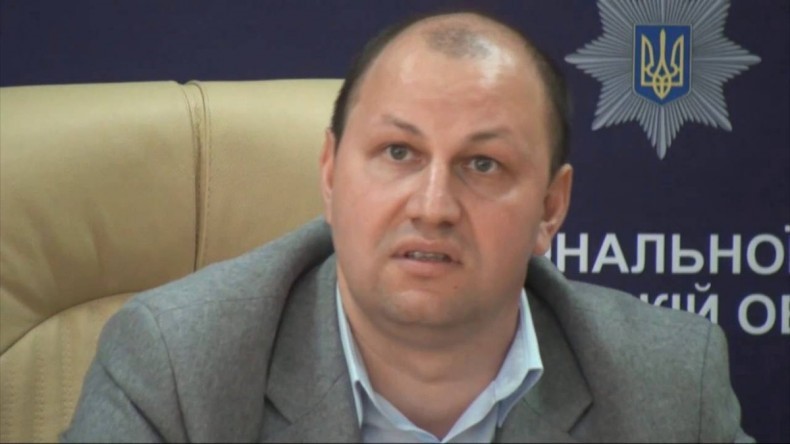 A Vinnytsa police officer who played a major role in the politically motivated persecution of Ukrainian human rights activist, Dmytro Groysman, which may have caused the latter’s death, has now received a new important post..  Instead of being dismissed from the police force for unfitting behaviour, Dmytro Rudenko is now to be responsible for checking that other police officers do not abuse their position or commit offences.

It is unclear whether the title of temporarily acting head of the Department for Inspection of Personnel really means this is a temporary post, or whether that title was used to enable him to be slipped into the position.  Rudenko’s previous attempted career moves outside the police force have elicited well-deserved public outrage.   There was considerable publicity back in July 2018 when it was learned that Rudenko was being considered for the post of head of the Khmelnytsky Department of the newly-created State Bureau of Investigations responsible for investigating crimes by high-level officials. That attempt prompted a statement from the Ukrainian Helsinki Human Rights Union about such an appointment being totally unacceptable.

Rudenko had come even closer to heading the Odesa branch of the National Anti-Corruption Bureau [NABU] in 2017, with a recommendation from the competition commission that he be appointed. The outcry then forced the NABU to reconsider.

What is baffling is why such outrage does not appear to have any impact on the National Police.  Rudenko had, for example, been appointed Head of  the Khmelnytsky National Police back in May 2016, and he is now to hold a post with impact on the calibre of police officers serving in Vinnytsa.

According to Vinmedia, Rudenko’s past in Khmilnyk (a city in the Vinnytsa oblast) was clouded by scandals.  Two of his subordinates were, for example, caught providing protection for drug trafficking, and Rudenko himself received a formal reprimand.

It remains, however, Rudenko indisputable and very active role, as head of the Vinnytsa Regional Police investigative department,  in Dima Groysman’s persecution that makes any continuation of his career in the police force deeply disturbing.

The criminal charges against Groysman, who was coordinator of the Vinnytsa Human Rights Group, were laid in December 2010 under two articles of the Criminal Code.  He was accused of “desecration of State symbols” (Article 338 § 1 of the Criminal Code) and disseminating pornography (Article 301 § 1).  The charges were over material posted on his Live Journal and manifestly absurd.  The main charge of “desecration” was an image expressing protest over former President Viktor Yushchenko’s failure to veto a badly flawed law.  The latter did not provide real measures to fight child pornography, while unwarrantedly restricting freedom of speech.  The “pornography” charges included re-posting of a video clip showing people similar to some well-known Russian figures which was openly available on You Tube.

Back in October that year, the police had arrived with a warrant to search Groysman’s flat and had also, without any warrant, searched the office of the Vinnytsa Human Rights Group next door, taking about financial and other documents, including material regarding asylum seekers whom VHRG was helping  It was clear from the outset that the activist was facing deliberate harassment because of his independent position and the work of his human rights group.  His final address was read out to the court by friends.  In it, Groysman had called the case against him “fabricated and far-fetched from the first to the last letter”, and had specifically referred to the two investigators - Oleksandr Soldatov and Rudenko – as unscrupulous implementers of a dirty commissioned prosecution.

Despite the evident absurdity of the charges, Groysman was facing possible imprisonment.  Although he did have an incurable heart condition, the constant harassment and court hearings and the threat of imprisonment for almost three years may well have contributed to his tragically early death on 5 August 2013, aged just 41.

The criminal proceedings against him ended in his ‘acquittal’ a week after his death.  The court in Vinnytsa “found no elements of a crime”.

That appeal and Rudenko’s involvement in behaviour entirely unfitting for a police officer were ignored then, and remain no hindrance to his career in Ukraine’s police force now.