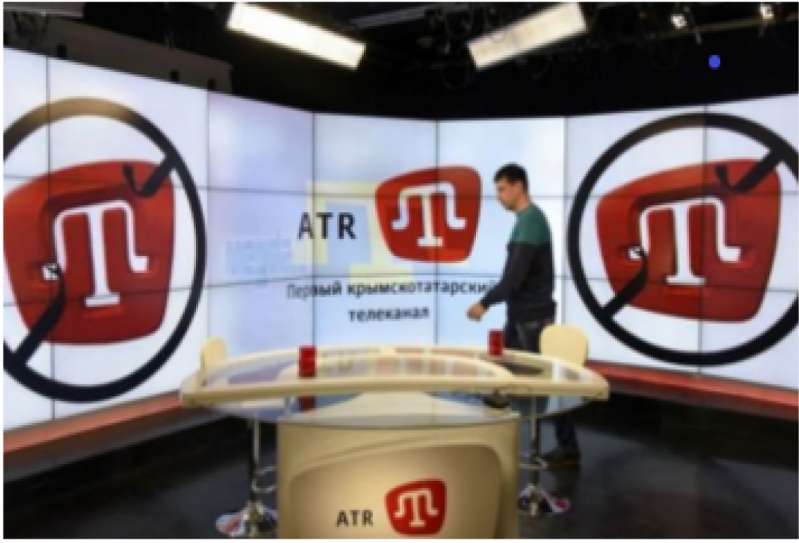 The only Crimean Tatar TV channel in the world is facing a new threat to its existence, this time posed not by the Russian occupiers of Crimea, but by the Ukrainian authorities.  The serious drop in state funding has coincided with Ukraine’s extraordinary decision to axe the English- and Crimean Tatar- language services on the state-run UATV in preparation for a new Russian-language channel to broadcast to occupied territory.  There has been no open statement regarding the underfunding of ATR, and it is certainly difficult to imagine what justification could be found for destroying a pivotal channel, broadcasting in Crimean Tatar, Ukrainian and Russian.

Ayder Muzhdabaev, ATR’s Deputy General Director, reported on 17 January that the channel had reduced production of its own programs by 90% due to underfunding. He explained that of the 35 million UAH allocated in Ukraine’s budget for 2019, only 15 million had actually been received.  He added that on 14 January, because of the channel’s debts, they had turned off the satellite signal, however they had been able to immediately reinstate it thanks to help from the Chief Rabbi of Ukraine, Yaakov Dov Bleich and the Minister of Culture, Youth and Sport, Volodymyr Borodyansky.

It seems especially galling that part of the channel’s debt is for the signal used to broadcast to Crimea, seemingly to the state-owned Broadcasting, Radiocommunications & Television Concern (BRT Concern). In view of Russia’s crushing of all independent media in Crimea and its mounting repression, it is clearly in Ukraine’s national interest that the truthful information the channel provides be as widely available as possible.

In an interview to Detector Media on 17 January, ATR General Director Lenur Islyamov confirmed that the channel found itself on the brink of closure with staff reduced by 45%, a reduction in news broadcasts and suspension of live broadcasts.

Islyamov is also the founder of ATR and his holding owns over 97% of its shares. It  certainly does not appear to be a commercial enterprise, and its vital importance for Crimea under Russia’s occupation and information blockade makes the need for public funding seem clear.  Islyamov says that he has spoken with the Minister of Culture who confirmed that money has been allocated from the budget for 2020.  The trouble is that the full amount designated was not paid in 2019, with the debts crippling the channel.

A collection has been initiated which has so far raised about 37 thousand UAH. Islyamov notes that people in Crimea are passing on donations via taxi drivers or students who come to mainland Ukraine, with that reaching about 500 USD.

“This amount will not, of course, make it possible to survive, but they are moral support, and demonstrate that people want to continue seeing our broadcasts. The state earlier supported us even during the most difficult periods.”

At the moment, Islyamov says, they do not have a licence for digital TV in mainland Ukraine which would at least mean that they could earn money through advertising. He says that they have on several occasions taken part in competitions for licences, but are not chosen, not even in the Kherson oblast.

Islyamov says that he does not believe that the problems with underfunding are part of a deliberate policy, however there are now managers who are ill-prepared for the tasks before them.

“They don’t understand priorities. After all, if we can’t overcome the enemy through weapons, we must counter their aggression through information. Yet we are not finding understanding from them in this.”

He stresses that the closure of ATR would play into Russian President Vladimir Putin’s hands.

ATR was forced off air in occupied Crimea on 31 March 2015 after Russia refused to re-register the only Crimean Tatar channel in the world, and several other Crimean Tatar media.