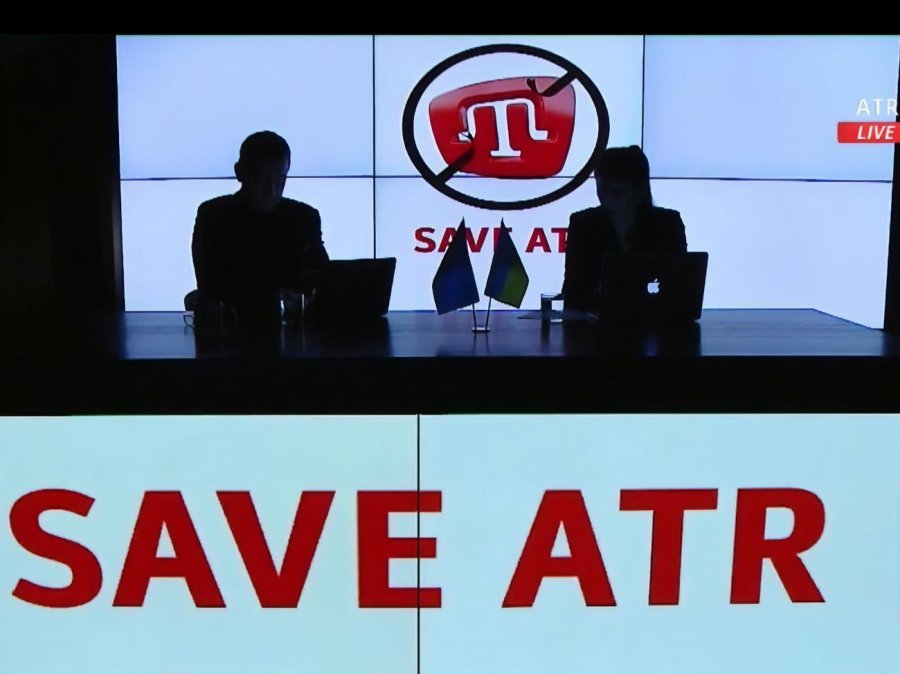 At midnight from 21 to 22 December 2021, the world’s only Crimean Tatar television channel ATR looks set to suspend its satellite broadcasting to occupied Crimea. At a time of mounting repression by the Russian occupation regime, with journalists and civic activists under particular attack, it is especially galling that the move should have been forced by Ukraine’s government and its failure to ensure proper financing.

ATR provides vital information, including about political and religious persecution in occupied Crimea, and is clearly not the kind of media that can, or should be expected to, survive through advertising or other commercial avenues.  This was explicitly recognized by the European Parliament in its Resolution of 11 February 2021 on the implementation of the EU Association Agreement with Ukraine.  The resolution “insists that the Ukrainian authorities address the problems of the only television channel in the Crimean Tatar language, ATR, and offer a stable mechanism for financial and technical support in order to enable the TV channel to continue its broadcasting into Russian-occupied Crimea”.

There had appeared to be a breakthrough back in February, yet now the ATR management report that they are unable, due to underfunding from the government, to pay their debt before the Crimean provider Spacecom.  It is the latter which is expected to stop the channel broadcasting via satellite to Crimea from 22 December.

Ukraine’s Human Rights Ombudswoman, Lyudmila Denisova, intervened on 20 December, calling the situation unacceptable, and stressing that Crimeans need objective information about mainland Ukraine, and especially the government’s actions in defending the rights of Crimeans.  She called on Ukraine’s Cabinet of Ministers to ensure a stable mechanism for financing ATR’s financing, so that it can continue broadcasting in the Crimean Tatar and Ukrainian languages..

As of late on 21 February, it would appear that the calls both from Ukraine’s Ombudswoman and from the European Parliament have been ignored.

This is not the first such crisis, and the importance, as Denisova put it, of a stable mechanism cannot be overstated.

ATR reports that this will be only the second time that the channel has been forced off the air.  It will, however, be the first time that Ukraine’s government is to blame, since at the beginning of April 2015, it was the Russian occupiers who silenced ATR and a number of other Crimean Tatar media.  See: Crimean Tatar TV silenced, searches and arrests continue

The channel renewed broadcasting from Kyiv in June 2015, although it was clear then that it would only be available as a live service via satellite television which, clearly, not everybody can afford.

Ukraine renewed state support for the channel in 2016, however there have been problems, with these leading to the channel almost being forced to terminate broadcasting, first at the beginning of 2020, and then a year later.

The problems in January 2020 coincided with the authorities’ inexplicable decision to axe the English- and Crimean Tatar- language services on the state-run UATV.   On 10 February, the channel again announced that its financing had been blocked, despite funding having officially been allocated and said that it was facing closure.  At the time, Serhiy Kostynsky, a member of Ukraine’s National TV and Radio Broadcasting Council, warned that the closure of ATR would cut people in Crimea off from Ukrainian content and would spell disaster for Ukraine in its information war on the peninsula.  Without ATR, it would be much harder to fight pro-Russian propaganda in Crimea, he said, adding that it would also mean that the Ukrainian state was totally giving up on Crimea and the Crimean Tatars.  “The closure of Crimean Tatar media as the result of the actions or inaction of the government symbolizes the helplessness and the indifference of the Ukrainian state to the liberation of Crimea, the preservation of national culture and, generally, to the liberation and preservation of the Crimean Tatar people”.

The words written then by Nariman Dzhelyal, Crimean Tatar Mejlis leader, civic activist and journalist, remain relevant and deeply poignant since Dzhelyal himself is now imprisoned, after being arrested two weeks after attending, together with the leaders of Ukraine and 45 other countries, the inaugural meeting of the Crimea Platform in Kyiv.  In February 2020, Dzelyal wrote:

“Some may think that the existence of ATR is not so important for Ukraine. I would remind them that Ukraine is facing the loss of sovereignty because the government has proven incapable of understanding who is their enemy, and who their friend.  Judging by everything, in six years, they have still not learned.”

Disaster then was averted, however funding again became an acute problem in February 2021.  The grounds given seemed manifestly absurd.  During a Ukrinform interview on 5 February.  Oleksiy Reznikov, who was then Deputy Prime Minister and inister on Reintegration of Temporarily Occupied Territory, was asked if funding for TV ATR would be reinstated, Reznikov claimed that the law on the state budget allocates 50 million UAH for all media broadcasting on occupied territory and that there needed to be ‘a competitive tender’ in accordance with public procurement legislation.  He further asserted that some other media had already expressed interest in the mystery ‘competitive tender’ and most unwisely claimed that one of these was Krym.Realii, or Crimean Realities, the Crimean Service provided by Radio Free Europe – Radio Liberty [RFERL],.  The latter is financed by US federal grants as a private grantee.  and could not possibly be looking to other states for financial support.  Reznikov later, by telephone in a live broadcast, repeated this claim, with this prompting Volodymyr Prytula, Editor of Krym.Realii, to publicly state that they had not made any appeal to the ministry, and had no intention of doing so.  Following the interviews, ATR Deputy Director General Aider Muzhdabayev rejected most of Reznikov’s statements.  He pointed to the code that the 50 million was given in the budget under as confirmation that it had been allocated specifically for ATR.  He rejected the claim that Ukraine’s Accounting Chamber had objected to the financing of ATR and pointed out that the relevant documents were openly available on the Chamber’s website, with the same applying to claimed concerns from the Treasury.

It remains unclear what the motivation was then for causing problems, however the funding did appear to have been reinstated. Not for long, it would seem, with this a shocking indictment against Ukraine’s leaders who must understand the importance of any reliable sources of information about occupied Crimea and platform for Crimean Tatars and other Ukrainians under major pressure from the Russian occupation regime.