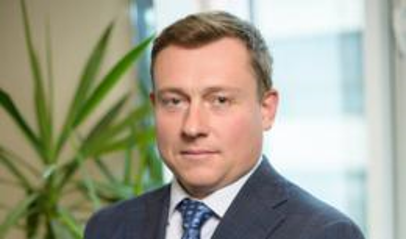 There are grounds for suspecting that Oleksandr Babikov knew that he would be appointed First Deputy Head of the State Bureau of Investigations [SBI] even before the competition was announced.  This can only intensify the concern over an appointment which has been condemned by Maidan victims, their lawyers and a leading prosecutor on Maidan trials as representing a clear conflict of interests given Babikov’s former role as one of the lawyers defending fugitive ex-President Viktor Yanukovych.

This is not the only top appointment which is alleged to have been made on the basis of connections with the Acting Director of SBI, Iryna Venediktova.

The District Administrative Court in Kyiv announced on 30 January that a legal suit had been lodged, challenging Babikov’s appointment as First Deputy Director, and also that of Oleksandr Sokolov as Deputy Director.  The unnamed claimant has asked the court to cancel, as unlawful, the decision of the selection committee from 10 January 2020 making the above-mentioned appointments, and to allow the claimant to take part in the competition.

The fact that proceedings have been initiated does not mean that the appeal will succeed; however, there do appear to be reasons for concern.  The claimant is not the only person to have criticized the competition procedure.  The announcement of a competition was not placed on the main page of the SBI official website; there was no public information about it; and people were asked to submit applications during the peak of the New Year holiday period – from 30 December 2019 to 2 January, during which interval the commission’s phone was not taking calls.

Judging by the court statement above, the appointments were actually made on 10 January, although only officially announced on 20 January.

This in itself is disturbing, since Venediktova met with relatives of slain Maidan activists and lawyers on 14 January after they expressed concern that a lawyer who had represented Yanukovych should be appointed to a top post in the body which is taking over around half of the investigations into crimes against Maidan activists. Venediktova merely confirmed that Babikov would be appointed to the post if recommended by the selection committee and if he successfully passed the special check, whereas the decision appears to have already been taken.

On 21 January, the day after Venediktova announced Babikov’s appointment, MP Oleksandra Ustinova (from the ‘Holos’ party) posted evidence that Babikov had formally curtailed his lawyer activities from 28 December 2019, the day before the competition for deputy directors was announced.  A successful candidate would have a week after his or her appointment to make that move, and such speed certainly does give rise to the suspicion that Babikov was strangely confident that he would no longer be working as a defence lawyer.  He is adamant that he won a fair competition, though according to the Insider, he does not conceal friendly relations with the now Acting Director dating back many years.

There have also been allegations that Sokolov has links with Venediktova via his wife’s business.

Such claims need to be verified, but they do increase concerns about the apparently strange features of the competition.

The main issue remains, however, Babikov’s appointment given his recent role in representing Yanukovych.  The situation is not improved by the fact that Babikov held a press briefing on 28 January at which he denied having ever met Yanukovych or represented him.  This was refuted, with proof, by Maidan lawyer Yevhenia Zakrevska before the announcement of his appointment, and more evidence has since been produced.

Oleksiy Donsky, one of the main prosecutors in Maidan cases since the beginning of 2015, has also publicly stated that he sees an obvious conflict of interests in Babikov’s new appointment.  During a press conference on 22 January, marking the first deaths during the Revolution of Dignity, Donsky said that Babikov’s appointment “will undoubtedly have an adverse effect on these investigations.”   He also noted that he had seen Babikov on several occasions during court hearings into the Yanukovych trial, and that the latter had seemed very dedicated to defending Yanukovych’s interests. While hoping that the assurances given by the SBI leadership that Babikov will not be involved in Maidan cases will be honoured, he expressed doubt that this was even possible for a first deputy director.   During his press conference on 28 January, Babikov claimed that he did not know Donsky and had only just heard of him for the first time.

Babikov also asserted that neither the SBI (currently Acting) Director nor her First Deputy and Deputy head the department involved in the pre-trial investigation and that they are prevented by law from interfering in criminal investigations.   The special department responsible for Maidan investigations will only be subordinate to the (Acting) Director and not to him or Sokolov.  This begs the issue of what happens when the Director is ill or on leave, and after all, those contingencies are among the reasons for having a deputy.

There have been serious problems over the transfer of Maidan investigations to the State Bureau of Investigations since at least October 2019, with appeals from the families of slain Maidan activists and their lawyers repeatedly ignored.  There were valid reasons for the reforms within the prosecutor’s office and removal of investigative functions, however the Department of Special Investigations within the Prosecutor General’s Office and its dedicated team had earned the trust of Maidan victims and their lawyers, and of civic society in general.  The failure to prepare adequately for transfer of cases to SBI and other bodies had already prompted warnings that the Maidan investigations could collapse, and thus far nothing about the SBI’s behaviour has allayed concerns.