Russia secretly imprisons Ukrainian footballer for 9 months, then charges him with ‘spying’ for Ukraine 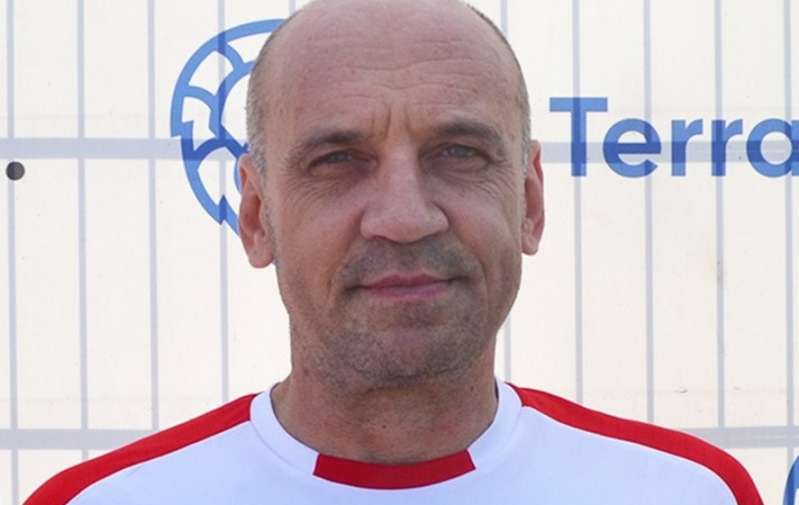 News only emerged of the arrest of 53-year-old former footballer Vasyl Vasylenko on 6 July 2020, nine months after he was arrested in Moscow. The only information available has thus far come from the Russian FSB, and it is just possible that the Ukrainian has had contact with his family and lawyers since October.  Unfortunately, all experience from the last six years would rather suggest the contrary, that Vasylenko has been held incommunicado, and tortured, or placed under enormous psychological pressure to admit to whatever charges the FSB presented him with.

Vasylenko was a professional footballer from 1992 to 2001, playing for three different Ukrainian football clubs.  Nothing is known at present about his activities following the end of his football career.

Russian media, citing the FSB, report that Vasylenko was originally charged under Article 226.1 § 1 of Russia’s criminal code (‘unlawfully transporting across the border strong-acting; poisonous; toxic; explosive; radioactive substances or ammunition’).  TASS writes that the charge was changed to ‘spying for Ukraine’ in the Spring.  It asserts that nothing was heard of this until now because Vasylenko did not appeal against his arrest or the rulings extending his detention.  This would at very least raise the question of why Vasylenko did not challenge the rulings, and what the reason was for not reporting his arrest.

There is no way of knowing what the charges are about since the case material has been classified as ‘secret’.

In short, the only details revealed are that a Ukrainian has been charged with ‘spying’ with this potentially carrying a 20-year sentence.  There is nothing to indicate whether or not he has an independent lawyer, although the fact that he has not challenged his detention probably suggests that he does not.  It is not even clear where he is imprisoned, with the FSB saying only that it is in a Moscow SIZO [pre-trial detention centre].

Vasylenko has become the latest Ukrainian to be charged with mystery ‘spying’, and one of a very large number of Ukrainians to have been arrested long before any information was revealed about the person’s whereabouts.  Of those accused of spying, all but two men remain imprisoned.  The first Ukrainian convicted of such charges, Yuri Soloshenko, was only released in 2016 because the Poltava pensioner, who was 72 when seized on a visit to Moscow, was suffering from terminal cancer.  Roman Sushchenko, the Ukrinform correspondent in Paris, was freed in the September 2019 exchange of prisoners after almost two years in prison. The FSB used massive psychological pressure, threats and deceit to deprive Soloshenko of the independent human rights lawyer, Ivan Pavlov, who had agreed to represent him, and to then force him into admitting to the insane ‘spying charges’.

Valentin Vyhivsky has been imprisoned since he was abducted from occupied Simferopol in September 2014.  He was held incommunicado for eight months, without a proper lawyer or contact either with the Ukrainian consul or his family.

We know that he was severely tortured to ‘persuade’ him to admit to the charges, but his family to this day does not know what (if anything) the charges actually consist of, only that he was sentenced to 11 years’ imprisonment.

63-year-old Viktor Shur has been imprisoned almost as long, following his arrest in December 2014.  Despite surreal and very implausible charges, he was sentenced to 12 years’ imprisonment.

See:  Viktor Shur: 6 years in Russian captivity for a photo of cows in a disused aerodrome

Vasylenko is one of at least three Ukrainians arrested on ‘spying’ charges since October 2019, with one reason almost certainly being to refill the list of hostages the Kremlin can use for negotiating concessions from Ukraine.  Russia was forced to give up its most famous Ukrainian political prisoners, including Oleg Sentsov, in September 2019, in order to get MH17 witness / suspect Vladimir Tsemakh away from the Dutch prosecutors.  Very little is known of Halyna Dovhopola  , Vladimir Morgunov, or of the charges against Ivan Yatskin

Please scroll down on the links above to Valentin Vyhivsky; Viktor Shur and Ivan Yatskin for the men’s addresses.  Our letters are a vital lifeline to men held thousands of kilometres from their homes, in intolerable conditions. Even just a line or two lets them know that they are not forgotten.