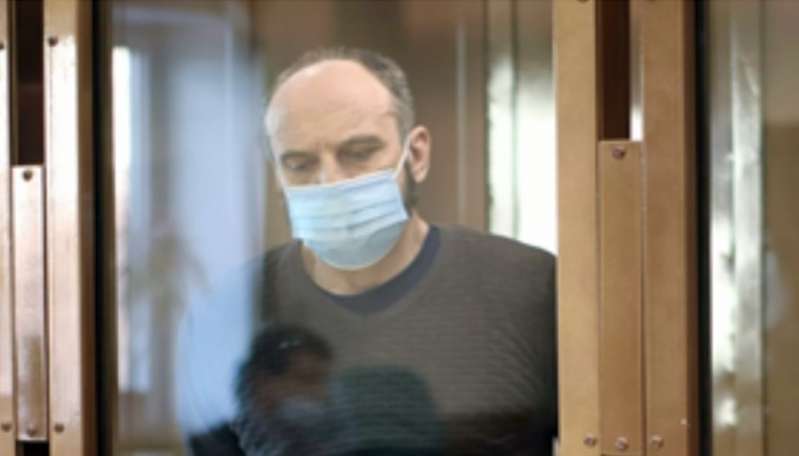 A court in Moscow has sentenced Vasyl Vasylenko to 12 years’ imprisonment in a harsh regime prison colony.  The total secrecy around his trial for supposed ‘spying’ is of particular concern since his arrest was originally on different charges and was concealed by Russia’s FSB for nine months.

53-year-old Vasylenko  was a professional footballer from 1992 to 2001, playing for three different Ukrainian football clubs.  It is not clear what he was doing from 2001 until October 2019 when he was arrested in Russia and accused on smuggling dangerous substances, weapons and cultural artefacts.  Those charges were then changed to ‘spying’.

No details are provided by the FSB or Moscow City Court, however the state-controlled RIA Novosti cites an unnamed source as reporting that Vasylenko had tried to obtain decommissioned military equipment in Russia for a Ukrainian company closely linked with Ukraine’s Defence Ministry.  The source said that this was large equipment developed in the Soviet Union in the 1960s and without any firing capacity.

It is seriously hard to believe that this is something that Ukraine’s Defence Ministry would have had anything to do with, nor would such a scenario warrant such secrecy.

The story is, unfortunately, similar to several cases where Ukrainians have been seized in Russia and sentenced to long terms of imprisonment for alleged ‘spying’.  In almost all of the cases, the men have been held incommunicado for many months.  Vasylenko was arrested in October 2019, yet the FSB only reported the charges against him in July 2020.  Judging by the cases we do know of – those of the late Yuri Soloshenko; Valentin Vyhivsky; Viktor Shur,  during the period when they were held incommunicado, torture or psychological pressure were applied in order to get them to plead guilty.

With virtually no information available, we cannot know with certainty if this was the case here, however there are undoubtedly reasons for concern.

Vasylenko is also one of at least four Ukrainians arrested on spying charges within a month or so of Russia’s release (in exchange for MH17 witness / suspect Vladimir Tsemakh) of 35 Ukrainian political prisoners, including filmmaker Oleg Sentsov, journalist Roman Sushchenko and other prominent Kremlin hostages.  Vladimir Morgunov, a Ukrainian living very close to the Ukrainian-Russian border, but on the Russian side, has already been sentenced to 12 years, while Ivan Yatskin and Halyna Dovhopola are still at the ‘pre-trial detention’ stage.  At least in Yatskin’s case, this is because he has a very good lawyer and is refusing to admit to a crime he never committed.  Their cases differ from Vasylenko’s in that they are accused of ‘treason, via spying’ since they have Russian citizenship (which in the two Crimeans’ case was illegally foisted on them).  The level of secrecy is, however, identical.