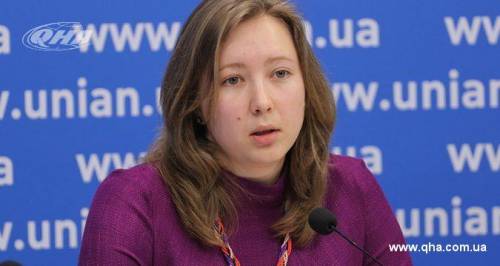 More reports are emerging of Crimean public sector workers being threatened with dismissal if they don’t turn up at the polling booths on Sept. 18.  Russia is illegally holding its parliamentary elections in occupied Crimea and is typically using coercion to gain turnout amid calls to boycott the event.

Olha Skrypnyk from the Crimean Human Rights Group reports that they have received several calls from different cities in Crimea, all describing the same basic scenario.  In each case the management of public sector institutions calls in the staff and threaten that if people do not turn up at polling stations, they will have to write explanations.  They could face dismissal, they are warned, “if they don’t carry out their civic duty”.

They are aware of four such institutions, however other such reports were mentioned earlier, and it is likely that the practice is widespread.  People are worried about losing their jobs and therefore often don’t complain.

There are multiple ways in which Russia is undermining the parliamentary elections within the Russian Federation, including the removal of real opposition candidates (as opposed to those only nominally in opposition to the ruling United Russia party), and mass use of such ‘administrative resources’.

In occupied Crimea the situation is rather different, with Moscow many concerned simply that people turn up, to give the semblance of legitimacy.

There is none, and the OSCE has rightly stated that it will not be sending observers to Crimea.

Russia has no right to hold its parliamentary elections in occupied territory, and it is, in fact, placing the validity of the result in the RF in question.

As reported, Crimean Tatar Mejlis leader Refat Chubarov has called on all Crimeans to boycott the elections.  In his address Chubarov stressed that the event could have no legal meaning, but that Russia was trying to give legitimacy to the pseudo-referendum held at gunpoint soon after Russian soldiers invaded Crimea in Feb-March 2014.

On Sept 8, Chubarov and other Ukrainian MPs adopted an appeal to the parliaments of other countries, parliamentary assemblies and international organizations asking them to not take any part in the illegal parliamentary elections in Crimea, and to not under any circumstances recognize the results.  The appeal asks them to issue official statements regarding the illegitimacy of any recognition of the elections on occupied territory.

The Verkhovna Rada also warned any foreign nationals who visit Crimea to take part in observing the event that criminal proceedings will be brought against them for illegally crossing into occupied territory.