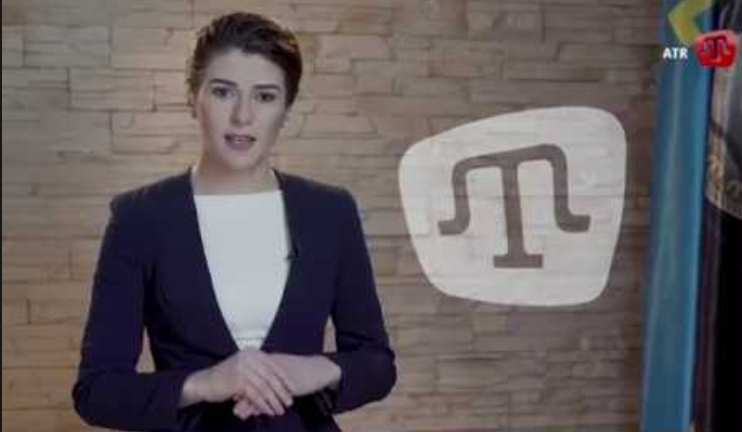 A Russian-controlled court in Crimea has ordered the arrest of Gulsum Khalilova, a young Crimean Tatar journalist working as a presenter for TV ATR.  Khalilova was one of many journalists effectively forced from Crimea by Russia’s invasion and annexation, and the ‘court hearing’ was not only held in her absence, but without her being informed. Khalilova would be arrested if she tried to enter occupied Crimea or Russia, or if she were extradited to Russia.  Interpol is often frustratingly willing to issue Red Notices at Russia’s request, even where there are strong grounds for suspecting that an arrest warrant is politically motivated.  In this case, however, it would be doing so on the basis of illegitimate court rulings.  Russia’s imposition of its legislation on occupation territory is in breach of international law, and Khalilova is certainly not accused of anything that would constitute a crime under Ukrainian law.

It appears that even Khalilova herself only learned of the criminal proceedings from the site of the de facto High Court on 1 August, although the original ruling by ‘judge’ Denis Didenko from the Kievsky District Court in Simferopol dates back to 12 July.

“Nobody told me that a hearing had been scheduled for 12 July, that a state-appointed lawyer had been designated and that I was supposedly in hiding. I am not in hiding, and work here.  Everybody sees me on the screen of the television channel. “, she told Krym.Realii.

The criminal charges against the journalist  are under Article 208 part 2 of Russia’s criminal code (‘taking part in an armed formation on the territory of a foreign state’.

According to lawyer Emil Kurbedinov, the ‘investigators’ claim that Halilova joined the Asker (or Noman Çelebicihan) volunteer battalion back in 2016.  The ‘pre-investigation check’ lasted around a year, with Halilova now accused of having provided the Battalion with “information support”.

Kurbedinov calls this case, like others earlier, part of the FSB’s logic.  They want to concoct as many of such cases “as at to later be able to talk about a battle in Crimea against terrorism and extremism.  I know that there are several such cases where people have ‘confessed’ and we don’t know how many there are that we don’t know about.”

This is not the most grotesque example of Russia’s attempts to demonize a volunteer structure which is entirely legal in Ukraine, but it stands out very worryingly, as Russia is accusing a journalist who reported events involving the Asker Battalion of ‘involvement’ in the battalion.

“From the beginning of the civic blockade, from 20 September 2015 until 1 January 2016, the date of the creation of the battalion, I worked there as a field journalist. Each day, I was involved in live broadcasts, features and talked about what was going on with the blockade of Crimea. I was purely carrying out my work as a journalist, but clearly they have decided that they need to come down on freedom of speech”,  Halilova says, calling the criminal charges politically motivated.

“They need to claim that Crimean Tatars are taking part in some kind of bands, they need to fabricate more criminal cases against the indigenous people of Crimea who are demonstrating their civic, pro-Ukrainian position. “

Despite the persistent attempts by Russia to treat the Noman Çelebicihan (or Asker) Battalion as some kind of violent terrorist organization, the Battalion remains a relatively small formation whose role at present is merely to back the Ukrainian border guards in areas near the administrative border with occupied Crimea.  Islyamov, has long indicated that this is a Crimean formation, not only Crimean Tatar. While they would be willing to serve in the Armed Forces in the area of conflict in Donbas, the steps needed to formalize such service have yet to be taken.  At present, there is nothing to suggest that the battalion’s activities have ever gone beyond actively promoting first a goods blockade, and then an energy blockade of Crimea while under Russian occupation.

There were no photographs of Sahandzhy , who was arrested on 20 March 2018, and Russian-controlled / Russian media reports of his original sentence on 23 January 2019 used the same video footage as that shown in connection with the arrest of Edem Kadyrov. He was sentenced on 3 June, 2019 to four years’ imprisonment and a further year of restricted liberty for allegedly belonging to the Asker battalion.  Virtually nothing is known about Kadyrov, except that he is 25 and that Russia claims that he was the personal guard of Lenur Islyamov, head of the Asker Battalion.  Islyamov said back on 23 January 2019 that he did not know the young man, and that there were no members of the battalion in occupied Crimea.

In both these cases, young men were held incommunicado and almost certainly without proper legal aid.

Of the three men whom Russia is imprisoning on charges linked with the Asker Battalion, only one man’s identity is fully known.  This is 58-year-old Edem Bekirov, who has severe diabetes, a heart condition and is an amputee, with any one of these conditions meaning that he should not be in detention (see:  (See more details about Bekirov’s state of health in the text below, and please sign the petition!  Help stop Russia from killing Crimean Tatar political prisoner Edem Bekirov!