Ukrainian journalist banned from Russian-occupied Crimea for reporting on repression 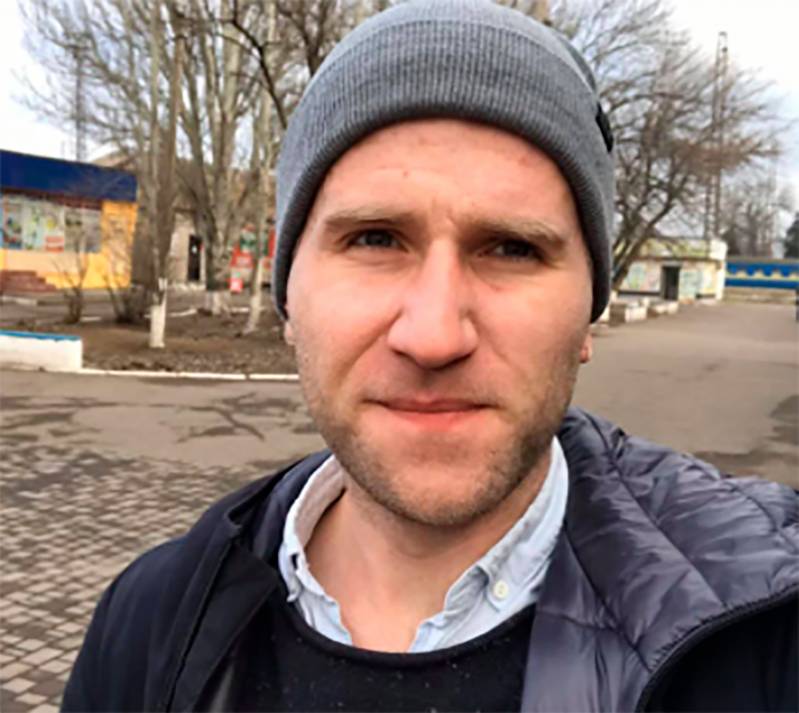 Taras Ibragimov has been prohibited from entering occupied Crimea and Russia for an incredible 34 years.  This is how the Russian FSB treat Ukrainian journalists who visit political trials and write about Crimean Tatar and other Ukrainian victims of persecution under Russian occupation.  Ibragimov is the third journalist so far to be refused entry, while at least nine Crimean Tatar civic journalists are imprisoned and facing huge sentences on fabricated charges following their active coverage of armed searches, political trials and other forms of persecution.

Ibragimov was handed a so-called ‘notification to a foreign journalist’ by FSB ‘border guards’ when trying to enter occupied Crimea on 18 January 2020.  The document cites Russia’s rules on exiting and entering the Russian Federation, but gives no reason for the ban “until 31 May 2054”.

None of the lawyers, victims of persecution or their relatives, nor human rights activists, are in any doubt that Ibragimov has been prohibited entry to Crimea and Russia because of his journalist activities, and specifically his coverage of Russia’s mounting repression in occupied Crimea.  Similar bans have also been imposed against Ukrainian journalists Alyona Savchuk and Alina Smutko.

Lawyer Alexei Ladin commented on the document which Ibragimov received, noting that Russia had used an individual, signing himself as S.V. Cheshuy, to issue this ban.  “In view of this, I officially inform chesuy, as representative of RF – your decision is illegal and will be revoked”.

In a PS, he writes that “At the request of radio listeners, I pass on greetings to the FSB from Taras Ibragimov, who will come to Crimea before 2054.”

Ibragimov has been working for Krym.Realii, the Radio Svoboda service which began after Russia’s invasion and which Russia recently labelled a ‘foreign agent media’.  He is certain that the ban is in connection with his journalist activities and work for publications that actively cover the trials of Crimean Tatars in Crimea and Russia.  The FSB took his photograph and fingerprints, while being unable to give any sensible or other explanation for the ban.

As well as branding Krym.Realii a foreign agent media, Russian President Vladimir Putin recently signed into law a bill making it possible to brand virtually any journalist, blogger or civic activist a ‘foreign agent’. The FSB may, however, be saving such punitive measures for the few Russian journalists writing the truth about Crimea, and in the case of Ukrainian journalists Ibragimov, Savchuk and Smutko chose a ban.

2019 was an exceptionally bad year for political persecution in Crimea with a huge number of Crimean Tatar civic activists and journalists arrested and imprisoned in an obvious attempt to silence all those who report on what is really happening, and especially activists from Crimean Solidarity.

Worth noting that the ban on Smutko was imposed on 18 February 2019, three days after the then Russian Foreign Minister Sergei Lavrov publicly claimed that anybody can come to Crimea and see that there are no violations of human rights.

Russia’s persecution of civic activists began with its invasion and annexation of Crimea, however the first three civic journalists - Marlen (Suleyman) Asanov;  Timur Ibragimov and Seiran Saliev,  were arrested in October 2017.  Nariman Memedeminov was arrested in March 2018 for three innocuous YouTube videos, two of them pre-dating annexation.  Server Mustafaev, one of the coordinators of Crimean Solidarity, was arrested on 21 May 2018.  The mass arrests on 27 March 2019 of 24 Crimean Tatars, most of them from Crimean Solidarity, brought to nine the number of imprisoned civic journalists.  Osman Arifmemetov; Remzi Bekirov; Rustem Sheikhaliev and Ruslan Suleymanov had all played a vital role in providing information about the persecution and other rights violations in occupied Crimea.

Such overt repression and the targeting of journalists makes it impossible to understand how the OSCE Representative on Freedom of the Media, Harlem Désir could have been willing in November 2019 to hold a conference in Moscow, with the support of Russia’s Foreign Ministry,

With Russia openly using punitive measures against journalists and civic activists, it is especially vital that we all ensure maximum coverage of political persecution in occupied Crimea and speak out in defence of its victims.

See the list of all political prisoners at the bottom (with hyperlinks to more information and, where known, addresses for letters) here: