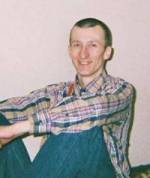 The lawyer of Oleksandr Kolchenko, Crimean left-wing civic activist and opponent of Russian annexation, is trying to uphold her client’s right to retain his Ukrainian citizenship via the courts.  Rights activists point out that no Crimean is obliged to prove to the court that s/he is remains a Ukrainian national. 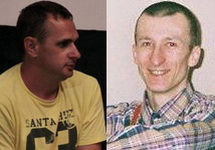 Oleksandr Kolchenko, Crimean film director Oleg Sentsov and two other Crimeans were arrested in May 2014 and held for varying lengths of time until Russia’s FSB reported that the men were to stand trial for organizing / taking part in a ‘terrorist plot’, supposedly initiated by the nationalist Right Sector.  The entire case in widely seen as politically motivated.  The only ‘evidence’ is provided by the ‘confessions’ of two of the defendants.  Both Kolchenko and Sentsov have consistently denied any wrongdoing and assert that they were subjected to torture while at the Simferopol FSB.  Sentsov says that he was threatened that if he did not cooperate and slander EuroMaidan and the new government in Kyiv, that he would be charged with masterminding the supposed ‘plot’.  This was to be the indictment against him.

As reported, Russia has tried to claim that Sentsov and Kolchenko are Russian nationals.  In Sentsov’s case, he was announced to have ‘automatically’ become a Russian national because he did not register his intention to retain Ukrainian citizenship at one of the designated offices in Crimea.  Sentsov was already in Russian detention during much of the short timeframe for informing of plans to retain Ukrainian citizenship.   Sentsov has categorically rejected any suggestion that he is now a Russian citizen.

Kolchenko is also adamant that he remains a citizen of Ukraine but the Russian FSB investigators do not recognize this citizenship, refuse to let him meet with the consul, and deprive him of other rights which foreign nationals enjoy.

His lawyer, Svetlana Sidorkina is seeking to have his Ukrainian citizenship recognized by the court and preliminary hearing took place on Dec 5 in Simferopol.  Sidorkina told the Radio Svoboda Crimean team that she had been forced to turn to the court because of the inaction of bodies  within the federal medical service.

She said that Kolchenko had missed the deadline for informing of retained Ukrainian citizenship for a good reason. He firstly did not know Russian legislation and the content of the arrangement of May 18 annexing the Crimea.  The month given for this was much too short a timeframe for a well-considered decision.

Human rights activists such as Yevhen Zakharov from KHPG and Dmitry Makarov from the Crimean Field Mission for Human Rights insist that the two men remain Ukrainian citizens.  Their views diverge as to whether a court case is needed.  Zakharov thinks that no court hearing is required to confirm this whereas Makarov sees no other mechanism for defending Kolchenko’s right to his own citizenship. He says that in both Kolchenko and Sentsov’s case, acceptance of their forced Russian citizenship” will lead to more rights influence.  He believes the case regarding violations of Kolchenko’s has every chance of getting to international institution such as the European Court of Human Rights.

As reported here, in the first half of November Russia’s Prosecutor General inadvertently admitted that Sentsov, Kolchenko and the other two defendants in this so-called ‘terrorist plot’ were Ukrainian citizens.  They all have, however, been added to Russia’s ‘list of terrorists and extremists’.

The sheer miscasting of roles in this terrorist ‘plot’ is staggering.  Kolchenko is a well-known left-wing anarchist who would have nothing to do with Right Sector.  39-year-old Sentsov has been gaining an international reputation for his films and is also a solo father with two young children. He had no links at all with Right Sector, but was a strong supporter of the EuroMaidan movement.  No terrorist acts took place although all four were arrested after the attack was supposed to have taken place, and  the only ’evidence’ appears to come from the ’confessions’ of two of the men when they were under the total control of the police with no access to lawyer or family.