Ukrainians united in memory of the victims of Volnovakha 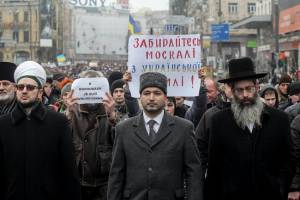 Ukrainians gathered throughout Ukraine, and in many cities of the world on Sunday to remember the victims of the bus shelling near Volnovakha.  They carried Ukrainian (and, in some areas, Crimean Tatar) flags, as well as placards reading “Je suis Volnovakha”, “We are Donbas” and others. 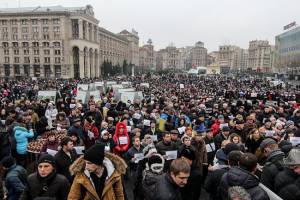 Although the largest number – 20 thousand – gathered in Kyiv, there were also meetings in parts of Donbas freed from the Kremlin-backed militants, as well as Dnipropetrovsk, Kharkiv, Lviv, Odessa, Poltava, and Zaporizhya oblast.

13 people died when a Grad rocket hit the bus near a Ukrainian military checkpoint, with 16 others injured.  The OSCE mission has now investigated the scene and reported that the craters they found “were caused by rockets fired from a north-north-eastern direction”.  While OSCE and other international sources were cautious in their statements about the tragedy,   Ukrainians were in no doubt that the missiles had been shot from Dokuchajevsk which is under militant control.  The militants themselves, as well as Russian pro-Kremlin media, have been intensely active  giving contradictory claims about why the militants could allegedly not have carried out the attack (see: Propaganda, distortion and diplomatic silence over Volnovakha shelling)

Around one thousand people carrying Ukrainian and Crimean Tatar flags took part in a March for Peace in Melitopol [Zaporizhya oblast].  Among them was the head of the regional Mejlis or representative body of the Crimean Tatars, Ridvan Ibraimov. 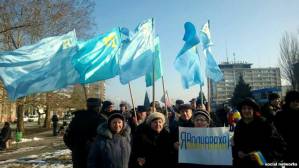 In Kramatorsk, from April until early July under the control of the so-called ’Donetsk people’s republic’ two thousand people took part in the march, and a further one thousand in neighbouring Slovyansk.  There the participants also laid flowers at the former SBU office where Volodymyr Rybak, the Horlivka deputy savagely tortured and killed by militants is believed to have been held. 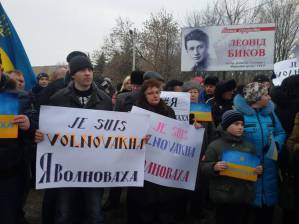 Mariupol - the banners include ones saying enough of Vladimir Putin’s killing and that the so-called ’humanitarian aid’ kills people.  The people in front are holding signs saying: ’I am Volnovakha’, ’I am Donbas’. 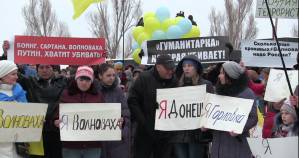 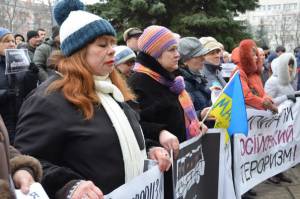 One of the banners reads: "Stop Russian Terrorism"