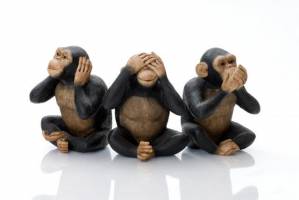 The bill described below has now been withdrawn.  Since it is by no means the first such initiative and needed public outcry for this to happen, the report is left as originally written.

Media and human rights observers are reeling over a draft bill just registered in parliament which seriously proposes to defend ‘the authority of the country’ by criminalizing criticism.   This legislative horror, which a media lawyer calls ‘legally illiterate’ was put forward by Konstyantin Mateichenko, a new MP from the People’s Front party.

Bill No. 2225 would, if passed, add a new article (339-1) to the Criminal Code entitled “Deliberate acts aimed at undermining the authority of the state and its authorities”.

It’s worth reading in full:

“Publicly dangerous unlawful actions which encroach upon Ukraine’s authority as a sovereign state, public defamation, denigration, desecration or other acts aimed at undermining the authority of bodies of power, bodies of local self-government and associations of Ukrainian citizens and / or a cynical, contemptuous attitude and rejection both of individual elements of the system of government (it’s authorized bodies), and of the state as a whole which could in future lead to infringement of established social norms and rules of the organization of public and state order and life – shall be punished by corrective work for a period of up to 2 years or imprisonment of up to 6 months, or deprivation of liberty for up to 3 years. “

Mateichenko is himself from the Donetsk oblast and has taken an active part in a volunteer battalion fighting Kremlin-backed militants / Russian forces.  In his explanatory note he asserts that the threat to Ukraine’s territorial integrity and sovereignty due to Russian aggression is due to “the lack of clear legal definition regarding the unlawfulness of actions undermining the authority of the state, bodies of power and its system as a whole.”

Clear definition of its terms is something which Mateichenko’s draft bill lacks altogether.  Roman Holovenko, a media lawyer from the Institute for Mass Information has slammed the bill as undemocratic and legally impossible to enforce.  He notes that there are no specific formulations in the bill enabling one to define a particular ‘offence’.   The European Court of Human Rights, he adds, has in numerous judgements confirmed that criticism of the authorities is natural for democratic society.

The Court in Strasbourg already stresses that laws must be foreseeable, and the only prediction that could be made about this addition to the Criminal Code is that it would introduce effective censorship.

The bill has been called a threat to freedom of speech in a joint statement from the journalist movement Stop Censorship, CHESNO and the Reanimation Reform Packet.   This stresses:

“If the authorities see problems in the information realm, they can always turn to the media community for decisions to be devised that, on the one hand take into account the challenges posed by Russian aggression, while on the other do not violate freedom of speech standards.”

Another bill №2111  proposing amendments to the Law on Information was introduced on Feb 12.  This envisaged bringing in regulation of rules and duties of bloggers.  Telekritika reports that its author, Vasyl Petyovka withdrew it following a storm of protest from media lawyers, journalists and bloggers.

The soonest this latest draft bill is withdrawn, the better.  It would also be helpful if parties spoke with their members about certain fundamental principles of democratic society.  Even with the country facing a grave threat from Russian aggression, this is no reason for taking on Russia’s repressive measures against the media and freedom of speech.