Concern over SBU searches and interrogation of Odesa journalists 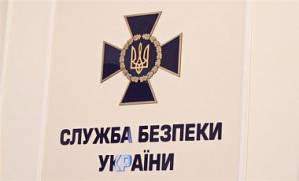 The homes of three journalists from the Odesa-based anti-government Internet publication Timer, including the Chief Editor, Yury Tkachov, were searched on Thursday by Ukraine’s Security Service [SBU].  All three journalists were interrogated, and one other former member of staff is reported to have also been summoned to the SBU.

Tkachov later told a Dumskaya.net journalist that he had been interrogated “for the moment” as a witness in criminal proceedings initiated under Article 110 of the Criminal Code (encroachment on Ukraine’s territorial integrity).  The proceedings relate to some publications on the Timer site, but he could give no more detail as he had signed an undertaking not to divulge information about the case.

50 journalists from both Odesa and national media signed a joint statement on Thursday demanding that the regional office of the SBU [Security Service] and the prosecutor explain on what grounds and in connection with which criminal proceedings the searches were carried out.

They remind the SBU that according to Article 17 of the Law on State Support for the Media “a journalist’s work-related activities cannot serve as grounds for their arrest, detention, or removal of material gathered, processed or prepared, nor of the technical means which they use in their work”.

“In the case of the Timer site we cannot fail to observe a political  context to what is happening, as well as pressure on journalists”.

Timer is owned by Igor Markov, former MP and head of the pro-Russian Rodina party known for its strong pro-Russia, pro-Putin stance long before Maidan and later events.  Markov is now believed to be in Russia or Crimea, but according to Mikhail Shtekel was responsible for the scandalous visit by Russian actor Mykhail Porechenkov to the Kremlin-backed militants who were attacking Ukrainian soldiers defending Donetsk airport.

Timer itself, and Tkachov, are known for material which is strongly opposed to the government, to Maidan, etc.   Tkachov, however, has also been a member of the May 2 Group (representing the pro-federalism activists), a civic initiative investigating the tragic events on May 2 2014, as a result of which 48 people lost their lives.  The Group has been of enormous importance in providing an objective assessment of what happened that day.

It is hopefully a good sign that nobody has been taken into custody in this case, unlike the worrying arrest and detention of Ruslan Kotsaba following publications and interviews to Russian media which very many Ukrainians find reprehensible, but which cannot be called state treason with which he is charged.

Measures against journalists always arouse concern and it is to be hoped that the SBU heed the call for maximum transparency and an explanation for their latest actions as soon as possible.