Protest over bill that could silence investigations into military corruption 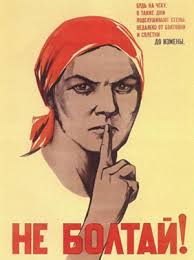 A new bill proposing criminal liability for something fuzzily referred to as “information support for terrorism” has been roundly condemned by the Stop Censorship movement and Ukraine’s most prominent media organizations.  In a joint statement, they call on the authors -  well-known military commentator Dmytro Tymchuk and Vadim Kryvenko, both from the People’s Front faction and Ivan Vinnyk from the Petro Poroshenko Bloc -  to withdraw the bill.  They also ask the parliamentary committee on freedom of speech to give their assessment of it.

The authors of the appeal express concern over muddy terms such as ‘ideology of terrorism’ which do not have clear legal definition.  These, they say, provide dangerous scope for manipulation and abuse by the authorities, and pose a risk to journalists and civic activists investigating corruption among authorities responsible for supplying the army, etc.

The term ‘ideology of terrorism’ is much used in Russia and has been imposed on Crimea under Russian occupation.  This is indeed not a path Ukraine should be taking.

One of the fuzziest additions would be a new Article 2586 entitled “Information support for terrorism”.  This is described as “the unlawful circulation or helping to circulate information, whose circulation is prohibited by legislation on fighting terrorism, as well as the circulation, preparation or retention of such information.”

This would carry punishment of up to 3 years imprisonment.  Paragraph 2 refers to the same rather foggy actions carried out by officials or with the use of the media as punishable by imprisonment for up to 5 years.  Such sentences are clearly disproportionate when it is not even clear how a person’s guilt would be determined.

The authors also point out that the bill doubles norms already established in the Law on State Secrets and Ukraine’s Criminal Code on liability for public calls to terrorism, violent overthrow of the government and propaganda of war.

Oksana Romanyuk, Director of the Institute for Mass Information (which signed the appeal) considers the bill to be undemocratic and is particularly disturbed by the fact that liability for disclosure of secret information is placed on the journalist, not on the soldiers or officials as is currently the case in the Criminal Code.

Journalists need self-regulation, not rules imposed from the government, she stresses.

The concerns are real and have already been demonstrated to have substance, mainly by the ongoing prosecution on charges of ‘state treason’ of blogger Ruslan Kotsaba (details here)