The full weight of Russia’s repressive machine for courage 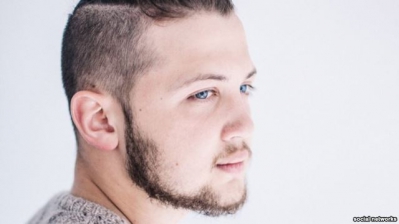 Crimean political prisoner Gennady Afanasyev is not receiving medical treatment for a blood infection and is in a lot of pain.  The court has also adjourned a court hearing into his application to be moved to a prison closer to his home.  The transfer would be in accordance with Russian legislation, unlike his present imprisonment in the far northern Komi Republic, however the chances of a positive outcome at the hearing postponed until March 9 do not seem high.

The reason is viciously simple.  Afanasyev is to be made to suffer for not remaining silent about the torture he was subjected to and the lies it made him tell about Ukrainian filmmaker Oleg Sentsov and antifascist activist Oleksandr Kolchenko.  His courageous refusal to continue the lie in court on July 31 and retraction of all previously extracted testimony did not change the predetermined sentences.  Sentsov was still sentenced to 20 years for absolutely nothing, and Kolchenko to 10 years.

It did liberate him, however, and it is clear that however much he is suffering now, he does not regret taking the step.

Afanasyev’s lawyer Alexander Popkov has just visited the young man for the first time since he was sent 100 kilometres from the prison colony to be held in punishment cell-like conditions (details here).  This is the worst level of punishment when his conditions are already the harshest that they could impose.  None of this has anything much to do with the law, and all punishments have been on overtly trumped-up charges (with first a razor, then a sim card being ‘found’ in his [email protected]

Popkov told a Komi correspondent for Radio Svoboda that the prison where Afanasyev has been sent is actually for women, but there is a punishment block where they have “cells for particularly persistent offenders from general and maximum security prisons.  They normally send particularly serious offenders here – terrorists, murderers, rapists.”

As well as Gennady Afanasyev sentenced to 7 years imprisonment for supposed involvement in an entirely fictitious terrorist plot which Sentsov was supposed to have masterminded.

Popkov refused, in full compliance with the Constitution, to show the prison staff all documents he had with him.  Whether as a result or not, he had prison staff observing his entire meeting with Afanasyev.

Afanasyev, he says, looks well and is feeling confident.  On the other hand, he has a blood infection which is effectively not being treated.  They were supposed to be giving him antibiotics, but none have appeared.  Afanasyev assumes that he got the infection when he was being transferred to Komi.  This process is one of the worst times for any prisoner and the conditions are generally very bad.

The infection began in December, and though they did keep him in hospital at the beginning for 5 days, they did nothing to treat the problem and then just sent him back.

“They’re coming down very hard on him, with the entire weight of the repressive machine directed against him. It’s probably that which is worrying him the most, “ Popkov says.

The conditions are now extremely bad.  He is allowed only one parcel in six months and one short visit if the administration agrees.  Considering the treatment he’s been getting, it seems likely that he can forget about the visit.  No phone calls are allowed.  He can in theory receive letters, but has not had any since December although he knows that people have written.

Gennady Afanasyev, Oleg Sentsov and Oleksandr Kolchenko have all been recognized by the Memorial Human Rights Centre as political prisoners.  Their release, and that of Oleksy Chirniy, the fourth Crimean arrested in May 2014, has been demanded by all democratic countries and international bodies and is part of the commitments made under the Minsk Agreement.

The four men all opposed Russia’s invasion and annexation of Crimea.  They were arrested in May 2014, and held incommunicado for a few weeks, probably to conceal the signs of torture.  On May 30 the FSB or Russian Security Service claimed that they had been involved in a ‘Right Sector terrorist plot’.

The case entirely hinged on the two ‘confessions’. For (initially) agreeing to ‘cooperate’ with the investigators, both Afanasyev and Chirniy were tried separately and received the minimum sentence for ‘terrorism’. It should be stressed, and Memorial has, that none of the charges against any of the four constitute ‘terrorism’, and even the 7-year sentences are unwarranted.

Afanasyev only received assistance from Alexander Popkov, a real lawyer, as to one of the purely nominal lawyers provided by the investigators, after his appearance on July 31, 2015.  Popkov later passed on to the court and Ukrainian public details about the earlier torture, and the pressure Afanasyev had been put under before appearing in the courtroom. See: Tortured for testimony against Sentsov-Kolchenko in Russia’s ‘Crimean terrorist plot’ trial.

Despite the testimony which very clearly put Afanasyev in danger and lack of any other evidence, the court went along with the scenario imposed from above, and sentenced Sentsov to 20 years imprisonment and Kolchenko to 10 years.